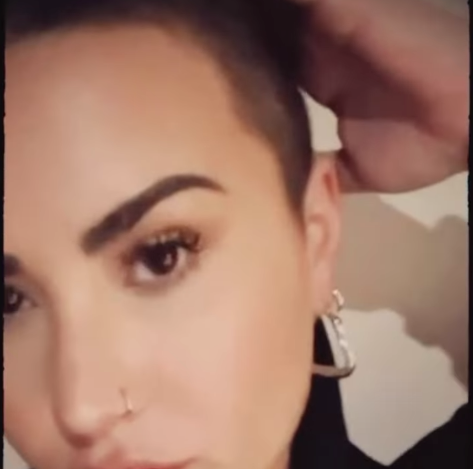 Singer Demi Lovato will be ushering the new year with a fresh new hairstyle: a shaved head.

The new look was debuted by Lovato in a video where they posed in front of a snowy mountain landscape while wearing a black coat and hooped earrings, as seen on their Instagram page last Saturday, Dec. 25.

“Shot on FaceTime by @angelokritikos #freshstart,” the 29-year-old singer stated. They also showed off a nose ring in a few close-up shots from the same video.

Lovato’s fresh start follows a year of opening up about their journey with gender and sexuality. Last March, they publicly came out as pansexual, admitting that they have learned to embrace their sexual fluidity after breaking up with former fiancé, Max Ehrich. By May of this year, they also announced that they identify as non-binary, changing Lovato’s pronouns to they/them.

Lovato released her seventh album titled “Dancing with the Devil… the Art of Starting Over” in April this year. It featured a collaboration with multiple musicians including Ariana Grande, and debuted at number two on the Billboard 200 charts. JB