Rice fields and Rihanna: The Vietnamese couturier with a celeb clientele | Inquirer Entertainment

Rice fields and Rihanna: The Vietnamese couturier with a celeb clientele 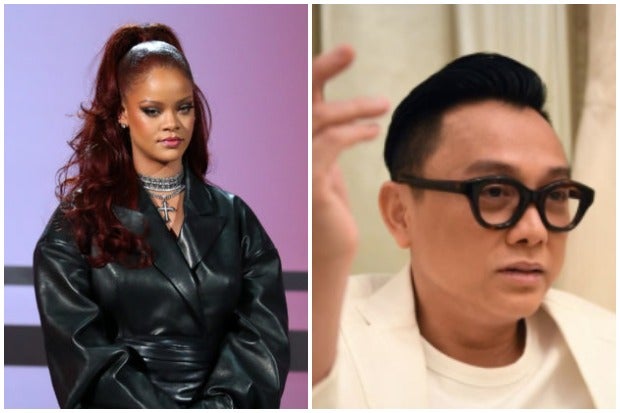 When billionaire singer Rihanna posed for an ad campaign by luxury shoemaker Manolo Blahnik, she also made a star out of the little-known Vietnamese designer who made the oversized white shirt she posed in.

For more than two decades, Nguyen Cong Tri has been crafting chic structured evening-wear made of Vietnamese-spun silk, organza or taffeta, but despite some success at home, his designs had gained less traction elsewhere.

But when Rihanna showcased his Em Hoa range, inspired by the flower sellers of Vietnam, one famous name after another — Beyonce, Naomi Campbell, Gwen Stefani, Katy Perry and Rita Ora among them — began picking out his designs to wear to high profile events.

“I am so proud. Designs by a Vietnamese designer, all Vietnamese production, being chosen and worn by Hollywood stars,” he told AFP from his glamorous “Cong Tri” boutique in Ho Chi Minh City.

Some of his collections were dreamt up during flights over the rice fields of his homeland, another was influenced by the all-women militias of the Vietnam War.

With three stores in the country’s business capital, a judging role on the local version of reality TV show “Project Runway” and growing international interest, he is a firm believer Vietnam has more to offer fashion beyond its role of factory workhorse.

Tri now has a staff of more than 150 people and is hopeful his success can guide a new generation of talent.

He said: “It won’t be too far in the future that Vietnam can stake its claim on the world fashion map.”

One of eight siblings, Tri was born in the central coastal city of Danang in 1978, just three years after the war with the United States ended.

He studied industrial arts and initially took a job sketching out CD covers for Vietnamese musicians.

But a fascination with the “resilience and strength” of Vietnam’s women soldiers, who he had heard stories about at school, propelled his slide into fashion and led to his first collection. “Green Leaves,” made using a patchwork cloth technique that took inspiration from the winter uniform and hard green hats of the fighters.

“When they were at home, they worked in the rice fields, taking care of their families,” he said of the soldiers. “When on the battlefields, they became the militias. They were such strong women.”

“In all of my collections… the characteristics that make a strong Vietnamese woman are always conveyed or hidden in my design, even in the material,” added Tri, dressed head to toe in white plus a pair of thick-rimmed black glasses.

At Tokyo Fashion Week in 2016, Tri showed off a collection made from Lanh My A silk, a highly durable material made in just one village in the Mekong Delta that requires huge skill and patience to produce.

The fabric needs to be dyed up to 100 times using the ebony-coloured mac nua fruit to achieve its leather-like appearance, and it took Tri two years to get together enough material.

Those designs were influenced by the Ao Ba Ba, a traditional outfit worn by rice farmers, and his determination to bring his homeland into his clothes has won him fans far beyond Vietnam.

His flower girl collection was spotted by Rihanna’s stylist at Tokyo Fashion Week, who promptly ordered three designs, and two years later, he became the first designer based in Vietnam with a show at New York Fashion Week.

From factory to fashion week

However, he spent many years “trying and wishing” to get the attention of global stars in an industry where, according to a recent report by the Council of Fashion Designers of America, half of employees of color believe a fashion career is not equally accessible to all.

While the nation’s textile factories have hit the headlines this year over struggles to fulfill orders for global clothing giants such as Nike and Gap amid a brutal COVID-19 wave, a clutch of young talented designers alongside Tri are ready to reclaim the Made in Vietnam label.

Tran Hung, also based in Ho Chi Minh City, has shown off his designs at London Fashion Week, while rising star Tran Phuong My made her New York Fashion Week debut in 2019.

“Making our names in the world fashion industry is the result of a long process of hard work,” said Tri, who previously joked that the secret to finding success abroad is to put in 18 hours a day at the office.

Some say the pandemic has given the industry a chance to shift, with virtual catwalks allowing designers from all corners of the world to shine, but Tri believes Asian designers need to keep fighting to make it to the top.

“We have to always think of some way, some path to go down step by step,” he explains. “It’s not just about waiting for society to take a chance on us.” JB