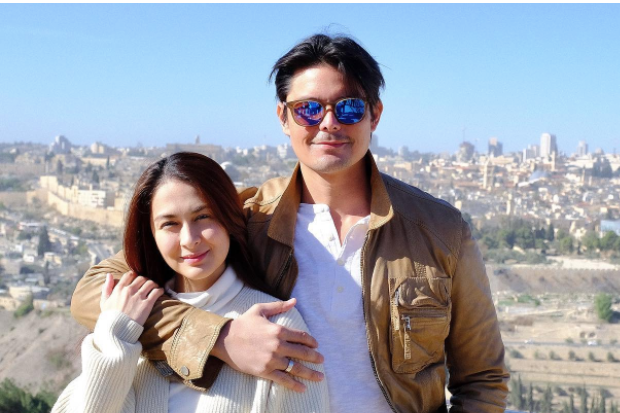 Actor Dingdong Dantes revealed that he has been working on a documentary about the Miss Universe 2021 experience with his wife, Marian Rivera, who was a judge at the event, and Miss Universe Philippines, Beatrice Luigi Gomez, who made it to the top 5.

Dantes shared a photo of the three of them on his Instagram page yesterday, Dec. 18. He said that it was taken a day after the Miss Universe pageant and it that a documentary about it is coming soon.

“Photo taken during Marian’s interview with Bea, the day after the pageant. Abangan niyo po ang pinaghahandaan namin na documentary para rito,” he stated. (Please watch out for the documentary we’re working on about it.)

The actor also praised Rivera and Gomez by drawing comparisons between Rivera’s role as a family head and Gomez’s experience in the Philippine Navy.

(While there are differences between the two women, one thing about the two of them remains true — they both have a kind heart for others.)

Dantes flew to Israel to accompany his wife, Rivera, in her stint as a judge for the Miss Universe 2021 pageant last Dec. 6. Rivera has since been thankful for being a part of an all-female panel of judges and for her husband, Dantes, for being her “waterboy” during the event.

Harnaaz Sandhu of India won the title of Miss Universe last Dec. 13, bringing the crown back to India for the third time in the pageant’s history. JB