3rd generation star Jolo Estrada is back in showbiz 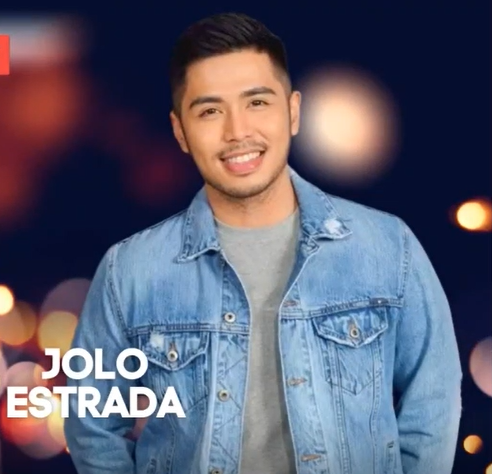 There are not a lot of people who can say that their grandfather (Joseph Ejercito Estrada) is a former President of the Philippines and that his father (Jinggoy Estrada) is a former Senator, and that both of them also were actors and well-known figures in the local entertainment industry. That astounding fact alone puts the returning actor Jolo Estrada in a class of his own, a very unique distinction, that has only further inspired, motivated, and most of all reminded Jolo Estrada that he is in a very good place because of it.

One can always wonder and then ask: is there a palpable and visible feeling of weight on his shoulders to live up to expectations of him as an actor given the political and showbiz lineage he comes from? From what I could sense, read and feel from my proper in-depth solo interview with him, my answer would be, “No.”

I honestly see a man who simply wants to do his best in showbiz, has fun doing so, and endeavors to accomplish his goals one by one, all in due time. Plus, Jolo Estrada has a relaxed, calm and cool demeanor which are all indicative to me of a mature person who knows his self-worth, who knows who he is as a person, and not someone who will let anyone impose any pressure on him simply because of his last name. I can definitely say Jolo Estrada is a man’s man, just like his grandfather and father.

Clearly, the 3rd generation star Jolo Estrada has all the acting genes, upside and potential to be unlocked within him to achieve the things he wants to accomplish in his comeback to showbiz. Most recently, Jolo Estrada made his official primetime television debut in the most recently aired episode of “Regal Studio Presents” entitled “Ethan’s Return,” a multi-genre series which airs on GMA Network. From this point on, we all eagerly await to see Jolo Estrada flex his acting chops more, whether that be in television or the movies. 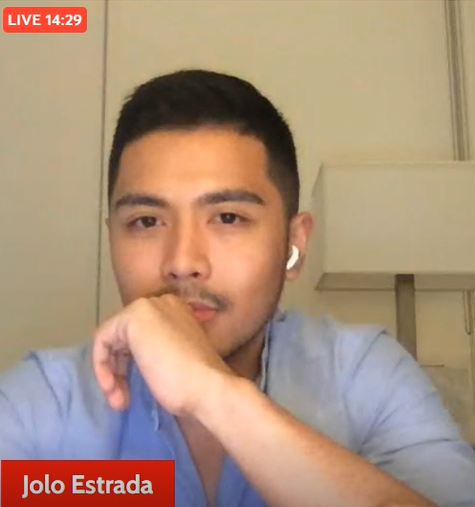 Here, below, is my in-depth exclusive interview with Jolo Estrada:

Coming from a distinguished line of actors and politicians, what advice have you been given by your father Sen. Jinggoy Estrada, and your grandfather former President Joseph Estrada, now that you yourself have entered show business?

Why did you decide to join show business? What are the factors that came into play for you in your decision to become an actor?

Jolo Estrada: Before when I was in college when I was 19 years old, actually, I was in ABS-CBN Star Magic. I used to do workshops with Star Magic because I really wanted to be an actor, because back in high school, I was often being asked to join in our plays, because I was really into acting. And then I quit showbiz because I just went to college instead. So there, my showbiz career was stopped at that time. And then, now, suddenly there is an opportunity. My manager messaged me if I wanted to be an actor. I said, “You know what? Yes!” I actually still want to be an actor. It is my passion.

Can you share with us how fun and thrilling it was for you taping this episode of “Regal Studio Presents” entitled: “Ethan’s Return” knowing this is your official acting gig on primetime television?

Jolo Estrada: Yeah! It was really fun. It was like… in my first movie, I was sort of still shy. I am starting to really enjoy it. Now I feel more confident in myself. I am really glad it is Regal again, so that means they are really well known. And I do know already the crew; the director I have worked with before. So, it went really great. It was fun. It was comfortable. It was great.

Name three other young actresses, you are wishing to work with, in the near future?

Jolo Estrada: Actually, one of my favorite movies I got to watch was “Hello, Love, Goodbye” by Alden and Kathryn. And I saw how good she acted there. So, it is like I kind of want to work with Kathryn Bernardo. And it is because she really is a good actress. And then, who else? Sanya Lopez. I want to work with her also. Who else? Young actresses, you said? I consider her still young… miss Bea Alonzo. I want to work with her for sure. Definitely!

Name three other young male actors you are wishing to work with in the near future?

Jolo Estrada: Maybe, I would have to go with John Loyd Cruz, definitely. Wow, he has been my idol. Uhmm, who else? Let me think. It would be fun to work with my Dad again in a movie. Again, for now, it is John Loyd Cruz I can only think of.

Obviously, it is too early for you to decide which genre you will eventually focus on. But for now, though, which seems to be appealing to you more? Action? Drama? Comedy? Horror? Or would you like to try all of them? Different roles?

Jolo Estrada: Honestly, for me, I kind of want to do everything for now. And then, I will select from there, [when] I [see] where my performance went great, because of that genre. You know what I mean? But to answer your question, it has to be romance and drama. I want to start with romance and drama.

If there is one song that can perfectly encapsulate who you are today, what song would that be, and why?

Jolo Estrada: Uhm, maybe, it has to be “Man In The Mirror” by Michael Jackson. You have to keep on improving yourself. You have to start with the man in the mirror, which is yourself.