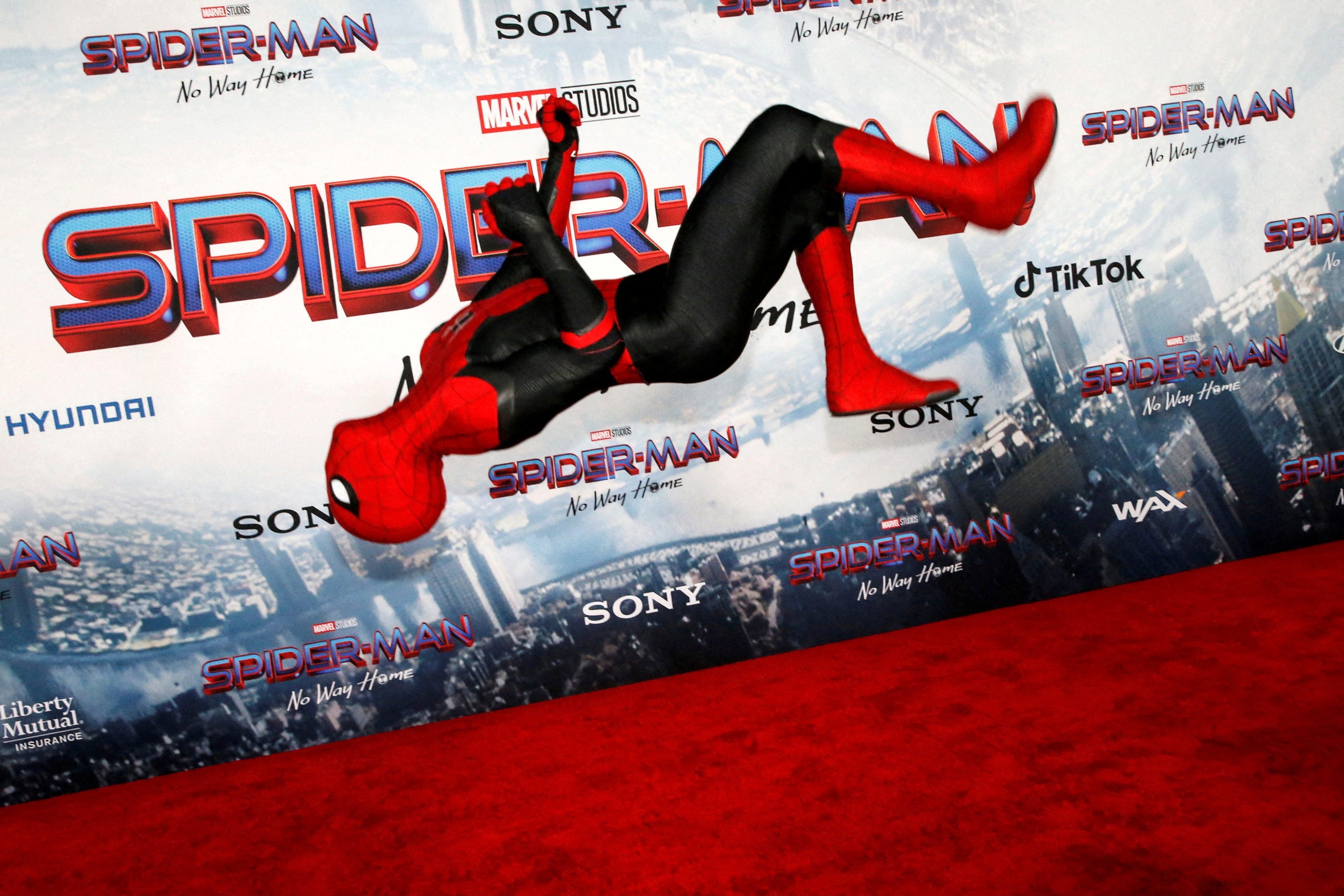 A person dressed in Spider-Man costume performs at the premiere for the film Spider-Man: No Way Home in Los Angeles, California, December 13, 2021. (REUTERS)

“Spider-Man: No Way Home,” produced by Sony Corp’s movie studio and Walt Disney Co, stars Tom Holland in his third appearance as Marvel’s web-slinging superhero and Zendaya as his girlfriend, MJ. The film opens exclusively in theaters on Friday.

As of Tuesday afternoon, “No Way Home” had earned a 98% positive score from 65 reviews collected on the Rotten Tomatoes website. Supporters said the storyline would please old and new fans alike.

“‘Spider-Man: No Way Home’ is a goliath that feels destined to eat the world, a potent combination of the ongoing Marvel Cinematic Universe and nostalgia for what came before,” said Esther Zuckerman of Thrillist.

Brian Truitt of USA Today called the film “a rousing entry that doubles as a love letter to the comic-book character, a film very much about second chances and a cleverly crafted reminder of that famous adage: ‘With great power comes great responsibility.'”

Advance ticket demand has been strong, a welcome sign for movie theater chains, including AMC Entertainment, Cinemark and Cineworld that are still struggling to lure back audiences amid the COVID-19 pandemic.

The holiday season around Christmas typically ranks as the second-biggest period of the year for movie-going, but recent box-office tallies are hovering well below pre-pandemic levels.

Steven Spielberg’s “West Side Story” remake disappointed with $10.6 million in domestic ticket sales last weekend, prompting new questions in Hollywood about what it will take to get crowds back to theaters.

First-day presales for “No Way Home” were the highest recorded by ticket seller Fandango since 2019’s “Avengers: Endgame,” the second-highest grossing movie of all time.

Paul Dergarabedian, senior box office analyst at Comscore, said he expected “No Way Home” to haul in more than $130 million in U.S. and Canadian ticket sales over its opening weekend. A debut at that level would mark the first $100 million-plus weekend since December 2019.

“That will wash away much of the negative news that came before and hit a positive reset for theaters as we head into the box-office year of 2022,” Dergarabedian said.