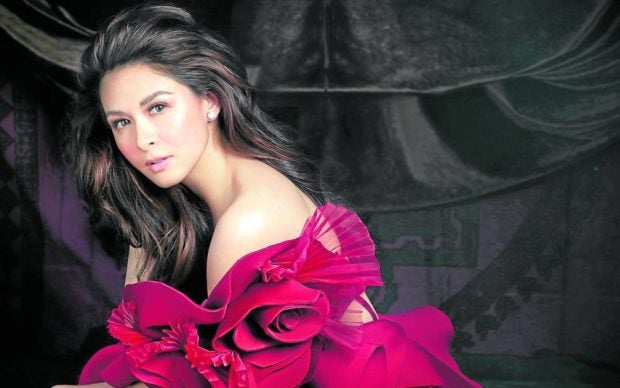 There’s no stopping Marian Rivera — with her suitcases of gowns and dresses in tow — from starting her duties as a judge at this year’s Miss Universe pageant in Israel this week.

“I will be there to appreciate the beauty of women from all over the world and witness their bravery as they try to bring back some normalcy in the world, despite the radical changes that the pandemic caused in the world,” she said at a recent virtual conference.

READ: Marian Rivera defends self against critics of her being a judge in Miss Universe

“I’m looking forward to meeting all the girls and seeing how they inspire other people,” added the Kapuso star, whose schedule will be packed with activities and judging duties in the days leading to the finals, which will take place on Dec. 12 at the Universe Arena in the city of Eilat.

She learned about the opportunity from her managers at Triple A, who were contacted by pageant organizers. The first person she told about the Miss Universe stint was her husband, Dingdong Dantes. “He told me, ‘Wow, nakaka-proud naman. You have to go there!’” she related.

The actress has been hesitant these past two years about working outside, but this job, Marian said, is too good to pass up. “An opportunity like this doesn’t come too often. It’s a big honor, so why not accept?” she said.

While many people are happy about her participation in the pageant, there were some critics who couldn’t help but question her selection and mock her English-speaking skills.

But Marian is unperturbed. “Kilala niyo naman ako. Hindi ako mapagpanggap. English isn’t my first language, but Filipino. And I think they chose me for all the things I have done [as an actress and woman],” she said. “I will express myself based on how I feel on that [finals] day.” INQ

Read Next
Kylie’s fondest memories of her reign as Miss International
EDITORS' PICK
Acer starts the year off strong with the Aspire Vero National Geographic Edition
Gear up and get ready to play with Yamaha Mio Gear
PH to import 60,000 tons of fish to cover shortage
Workers are exempted from ‘no vax, no ride’ policy – DOLE chief
Over 3 Million worth of prizes to be won at Smart Padala’s SENDali Manalo Promo!
#VotePH2022: COVID, power woes loom as poll concerns
MOST READ
Guevarra to Acosta: Obey rules on unvaccinated
Emma Stone calls Andrew Garfield a ‘jerk’ after he ‘lied’ about his ‘Spider-Man: No Way Home’ appearance
Cold-case investigation names surprise suspect in Anne Frank’s betrayal
Czech anti-vax singer dies after deliberate infection
Don't miss out on the latest news and information.