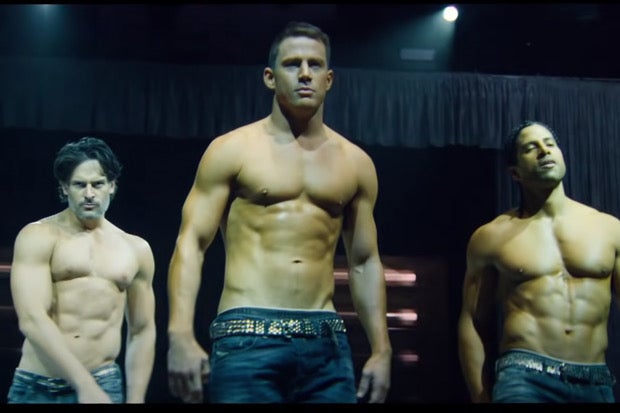 Channing Tatum is set to bring the curtain down for “Mike Lane” as he performs his last dance.

Tatum officially announced his return on the “stripperverse” through a photo of his script entitled “Magic Mike’s Last Dance,” as seen on his Instagram page yesterday, Nov. 30. The film will be directed by Steven Soderbergh and is written by Reid Carolin.

“Well world, looks like Mike Lane’s tapping back in,” he said.

In his statement to Variety, he expressed his excitement for the film and the people he will be working with.

“There are no words for how excited I am to blow the doors off of the world of ‘Magic Mike’ with Steven, Greg, Reid and the amazing people at HBO Max,” he said. “The stripperverse will never be the same.”

Fans were quick to show their excitement at Tatum’s announcement, teasing the comment section with fitness-related sentiments.

“Magic Mike,” released in 2012, follows the story of a male stripper who taught a newcomer the hustle of the profession. The film earned good reviews and became a box office hit, spawning a sequel, “Magic Mike XXL,” released in 2015. JB

Read Next
Live bullets on ‘Rust’ set may have been recycled ammo, says court documents
EDITORS' PICK
Acer starts the year off strong with the Aspire Vero National Geographic Edition
Gear up and get ready to play with Yamaha Mio Gear
PH to import 60,000 tons of fish to cover shortage
Workers are exempted from ‘no vax, no ride’ policy – DOLE chief
Over 3 Million worth of prizes to be won at Smart Padala’s SENDali Manalo Promo!
#VotePH2022: COVID, power woes loom as poll concerns
MOST READ
Guevarra to Acosta: Obey rules on unvaccinated
Emma Stone calls Andrew Garfield a ‘jerk’ after he ‘lied’ about his ‘Spider-Man: No Way Home’ appearance
Cold-case investigation names surprise suspect in Anne Frank’s betrayal
Czech anti-vax singer dies after deliberate infection
Don't miss out on the latest news and information.