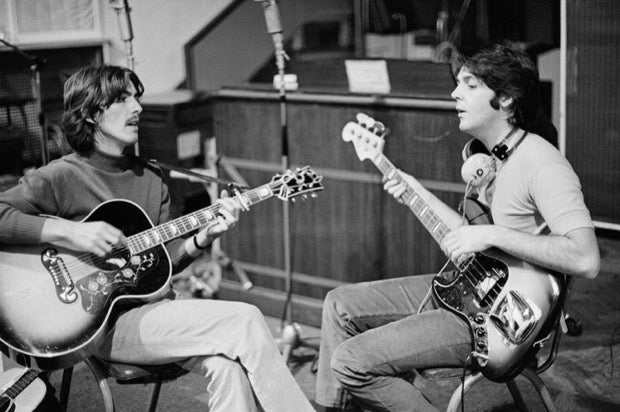 McCartney expressed his longing for his bandmate, noting how it’s “hard to believe” the time that passed, as per his Instagram page today, Nov. 30.

“Hard to believe that we lost George 20 years ago. I miss my friend so much. Love Paul,” he said.

His post includes a black and white photo of them together, seemingly singing while playing the guitar.

Starr, on the other hand, honored Harrison by offering “peace and love,” as per his Instagram page yesterday, Nov.29.

Starr showed a photo of them in matching black suits, smiling with cigars in their mouths.

Meanwhile, Olivia Harrison, George’s widow, marked his death anniversary with a video of him singing “All Things Must Pass” with his bandmates, as seen also on her Instagram page yesterday.

“Says here ‘write a caption’ but what’s there to say?” she said.

George Harrison, also known as the “Quiet Beatle,” died of lung cancer in 2001. He’s the songwriter behind The Beatles’ “While My Guitar Gently Weeps,” “Something” and “Here Comes the Sun,” among others.

Fans all over the world have been immersing themselves once again in the music and history of the band through the documentary “The Beatles: Get Back” released last Thursday, Nov. 25. The documentary series, directed by Peter Jackson, features never-before-seen footage of the band, as well as behind-the-scenes moments. JB