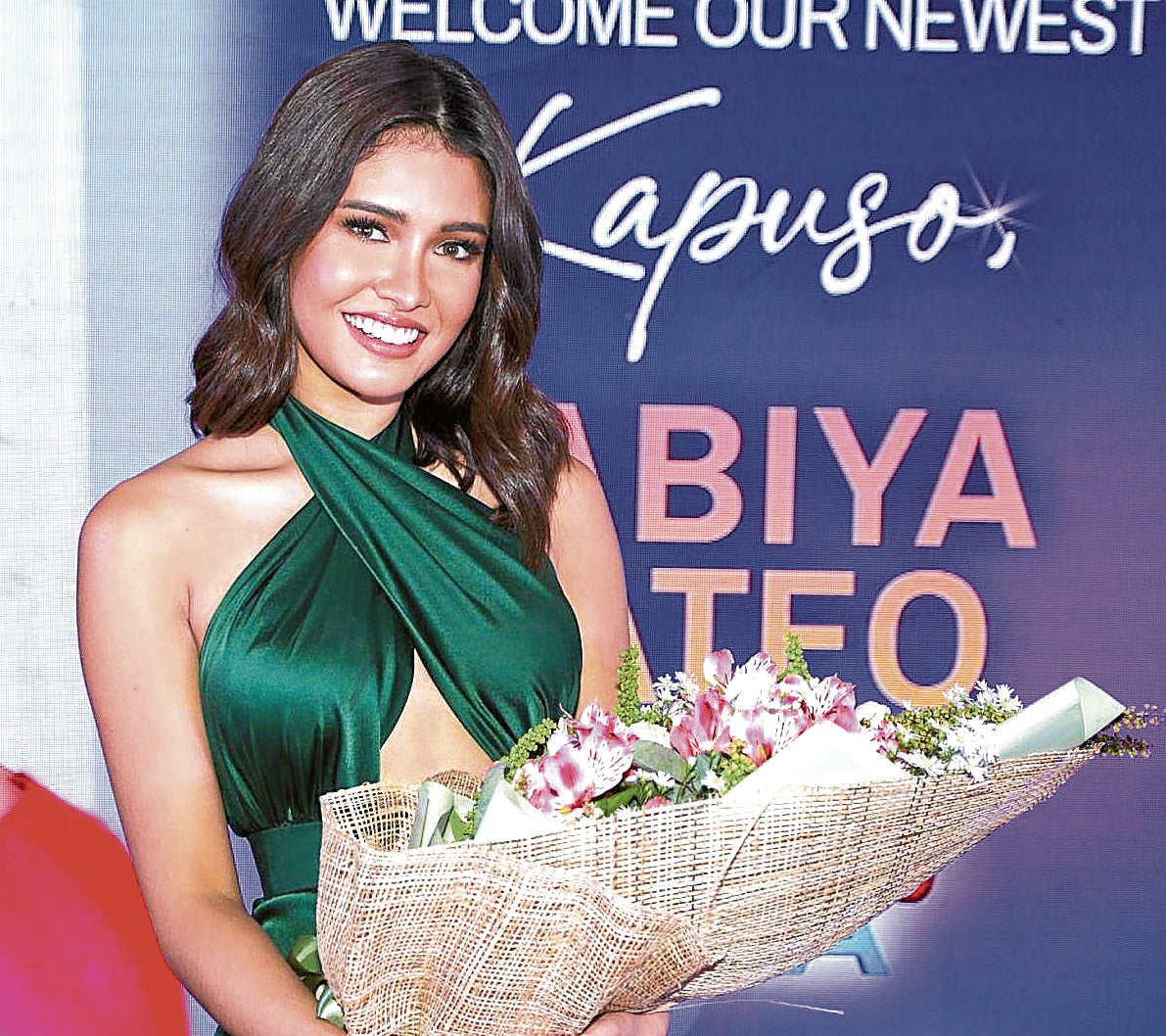 When I interviewed Pia Wurtzbach last May, I asked for her thoughts about Rabiya Mateo. Queen P said that the future of Rabiya is as bright as the yellow gown she wore at the Miss Universe pageant 2020.

True enough, the Ilongga beauty queen is soaring as she joins show biz. Rabiya is now officially a Kapuso. So GMA 7 could very well stand for “Go Mateo Arriba.”

Here’s my chat with Rabiya:

Who would you choose to be your first leading man and what role do you want to portray?

Alden Richards. I’m a fan of his. Aside from his looks and acting prowess, I love the fact that he’s nice to everybody. As for the project I’d like, I want to go back to my “high school sweetheart days” via an innocent love story. I can still pass for a high school student naman (laughs).

How are you preparing for your foray into show biz?

I had several acting workshops in the past, but I know that isn’t enough, so I’m open to learn more. Since I’m going to be doing action, I don’t want to have a double. So I’m training my body and mind to do every fight scene.

What kind of guy will make you want to fall in love again?

For now, I’m not looking for a love life, but who knows? I want somebody who is family-oriented because I was raised by a single mom. It’s been my frustration to have a complete family … for my future children. So, I want somebody who’s not just a perfect partner, but also someone capable of being a good dad.

Will you join a beauty pageant again like Catriona Gray, who won Miss Universe after her second attempt?

Probably not in the coming years because I really want to focus on my newfound show biz career. But I’m not closing any doors.

What are some things that not too many people know about you?

I can rap. I love watching crime serials. I have no balance. I don’t know how to ride a bike nor swim. To be more adventurous is on my bucket list. 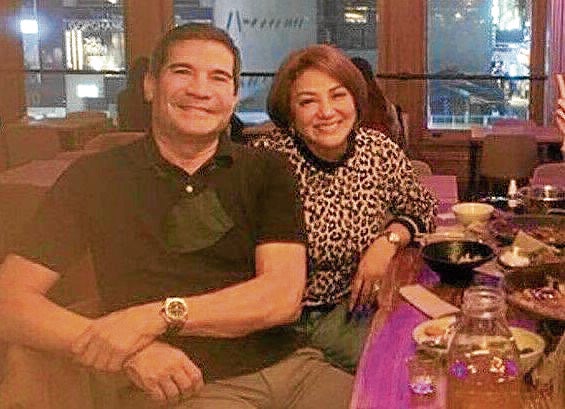 Love is in the air for Cherry Pie and Edu

COVID-19 is still in the air, but so is love in Tinseltown. After several celebrity weddings, here comes a new lovestruck couple, Cherry Pie Picache and Edu Manzano. Both are bubbly by nature, so they are well-suited for each other.

I sent Pie some questions about their budding romance but she begged off from answering. “I’m not yet ready to talk about it,” Pie said. “Life is short, so go-go lang sa love life. If it works, thank you. If not, move on.”

With Doods and Pie’s combined joie de vivre, it certainly looks like they are on their way to happy-ever-after. Hopefully, their off-cam dialogue would soon be “Marry me, Cherry” and “I Do, Doods.” 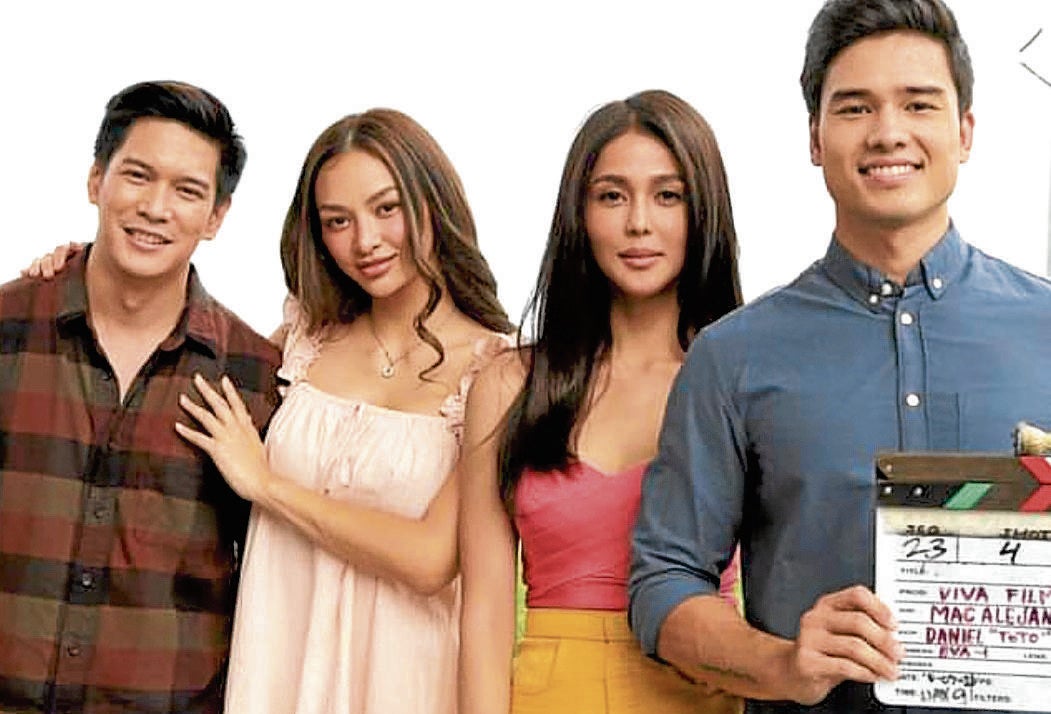 A different kind of affair in ‘My Husband, My Lover’

It’s liaisons dangereuses à la Pinoy in “My Husband, My Lover” (now streaming on Vivamax). Direk Mac Alejandre explores the unusual setup of having an affair with your own husband.

The sensual film is written by Ricky Lee. It stars Marco Gumabao, Adrian Alandy, Cindy Miranda and Kylie Verzosa. Let them take you to the complex world of mistresses, kept men and exes. Sometimes, even when love is wrong, it is nonetheless real. If I would write a tagline for their movie, it will be “If loving you is wrong, I want to be a repeat offender.”

M: Our movie does not give answers. But it will make the audience question the moral values they grew up with. Shouldn’t morality evolve with the times? It will make you question what direction to take to find happiness. It will make you wonder if love means exclusivity, or is it possible to love two people equally at the same time?

C: I make sure to change my attack in every sexy scene in all my movies so the audience won’t get umay. Our film is different from other movies about mistresses. It has many quotable power lines by Ricky Lee. Being an actress makes me less judgmental of others because I get to experience what it’s like to be in their shoes with the various roles I portray.

A: Our love scenes are more from the perspective of women. It’s very empowering for females.

MG: For me, getting married is not a race. I want it at my own pace. I’m 27 and I’ve been single for four years now. I’m in no rush to settle down. I want my next girlfriend to be the one I will marry. She must be a Christian, and she should get along with my family. I don’t want to waste time and money anymore on someone who’s not in it for the long haul, so I’m very cautious when it comes to love now.

K: I don’t accept sexy roles just for the sake of selling sex. It must be justified by my character. When Direk Mac told me that he treats sex as sacred, so ‘di nya kami “bababuyin,” that’s when he gained my 100 percent trust.

MG: As a gentleman and a brother, I asked Jake Cuenca’s “go signal” for my love scenes with his girlfriend Kylie. I am usually their third wheel.

K: To make a relationship last, the guy must love the girl more. I’m a very hopeful person, but I set limits to chances I give my partner after he does something wrong.

For the love of Direk Bert

Michael V wrote me to send this clarificatory message: I just want to clarify that I am not the one who headed the fund-raising program for Direk Bert de Leon last Oct. 10. It was actually Rodel Gonzales, Joey Benin, Lito Fugoso and his musician friends who organized it. Ronnie Henares and I just hosted the event.

Trivia: Direk Bert was the director of my mom’s (Inday Badiday) legendary talk show, “See True,” back in the ‘80s. Now, he and Ma must be cooking up a new show in heaven.