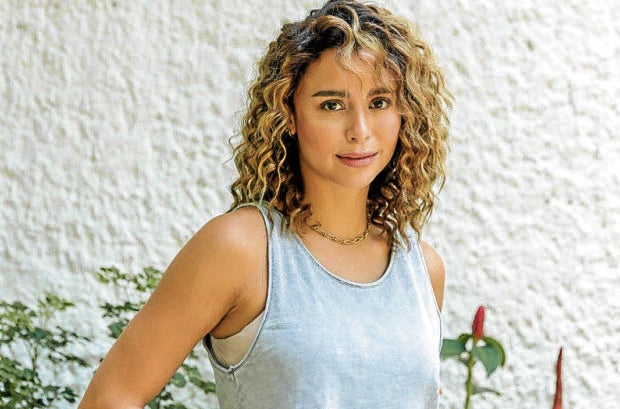 When she first took up acting, Yassi Pressman never thought that she would one day be top-billing movies and television shows. But with perseverance and luck, she now finds herself as one of the busiest actresses in show biz.

“It wasn’t in my plans… Everything that happened in my life just came at the right time. I really worked hard to be in a position where I can open myself to opportunities. But I’m still lucky, because I wouldn’t be here without all the people who believed in me,” she said in a recent virtual conference for the Philippine adaptation of the South Korean film “More than Blue.”

Because the film is well-loved among fans of Asian dramas, and had already been adapted by other countries, Yassi was initially hesitant to push through with the project. “I had my worries… But for this film, the team was like ‘Let’s do this!’” Yassi related. “I’m surrounded by the right people and I wouldn’t be anywhere without them. I feel fortunate.”

While there’s still pressure, excitement, she said, has finally swept away her worries.

“I’m delighted and honored to be selected. Knowing how successful it was in Asia put a lot of pressure on my shoulders. I was overwhelmed and scared when I first read the script. But I was also excited to be working with my director, Nuel Naval,” Yassi said. “The project had been in the works for two years, waiting for everyone’s schedules to align. Now I’m very happy.”

Released in 2009, “More than Blue” was both a critical and commercial success in South Korea.

In 2018, a Taiwanese remake of the same title premiered at the 23rd Busan International Film Festival, and later on became Taiwan’s highest-grossing local film that year. This October, another Taiwanese adaptation, this time a 10-part series, was made available on Netflix.

Orphans find each other

The story revolves around two orphans: K (JC Santos) was abandoned by his mother after his father died of cancer; Cream lost her entire family in a car accident. The two share a home and their relationship has never gone beyond platonic. 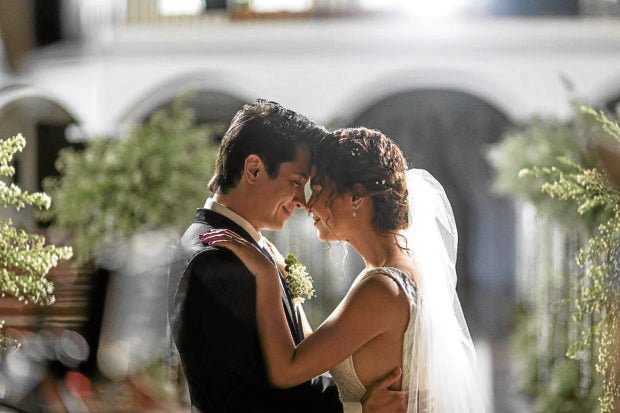 But when K discovers that he has a terminal illness, he secretly keeps it from Cream and pushes her to marry someone kind and healthy. Cream meets and falls in love with an affluent dentist named John Louis (Diego Loyzaga). While that breaks K’s heart, it also makes him feel relieved, knowing that Cream now has someone by her side.

Yassi described the movie, which went live on Vivamax on Nov. 19, as the “lightest-heaviest” she has done.

“It’s light because the characters are all beautiful souls, willing to live their free spirits. But sometimes, life forces us to do things we don’t want to do. But we do it anyway for love. That’s where sacrifices come in,” said the 26-year-old actress, who had been a primetime television fixture the last five years via “Ang Probinsyano.”

“There are light moments, a lot of beauty and joy. But the depth to which I have to dig to get in touch with the emotions that I needed was on a whole different level,” she said.

What’s her takeaway from doing the movie? “Tell the people you love that you love them, and check up on them to make sure they’re OK,” she said. INQ

Read Next
How Saweetie handled wardrobe ‘accident’
EDITORS' PICK
Acer starts the year off strong with the Aspire Vero National Geographic Edition
Gear up and get ready to play with Yamaha Mio Gear
PH to import 60,000 tons of fish to cover shortage
Workers are exempted from ‘no vax, no ride’ policy – DOLE chief
Over 3 Million worth of prizes to be won at Smart Padala’s SENDali Manalo Promo!
#VotePH2022: COVID, power woes loom as poll concerns
MOST READ
1Sambayan names 7 aspirants in its 2022 Senate lineup
Cold-case investigation names surprise suspect in Anne Frank’s betrayal
Guevarra to Acosta: Obey rules on unvaccinated
Emma Stone calls Andrew Garfield a ‘jerk’ after he ‘lied’ about his ‘Spider-Man: No Way Home’ appearance
Don't miss out on the latest news and information.