The future is ‘Limitless’ for Julie Anne San Jose 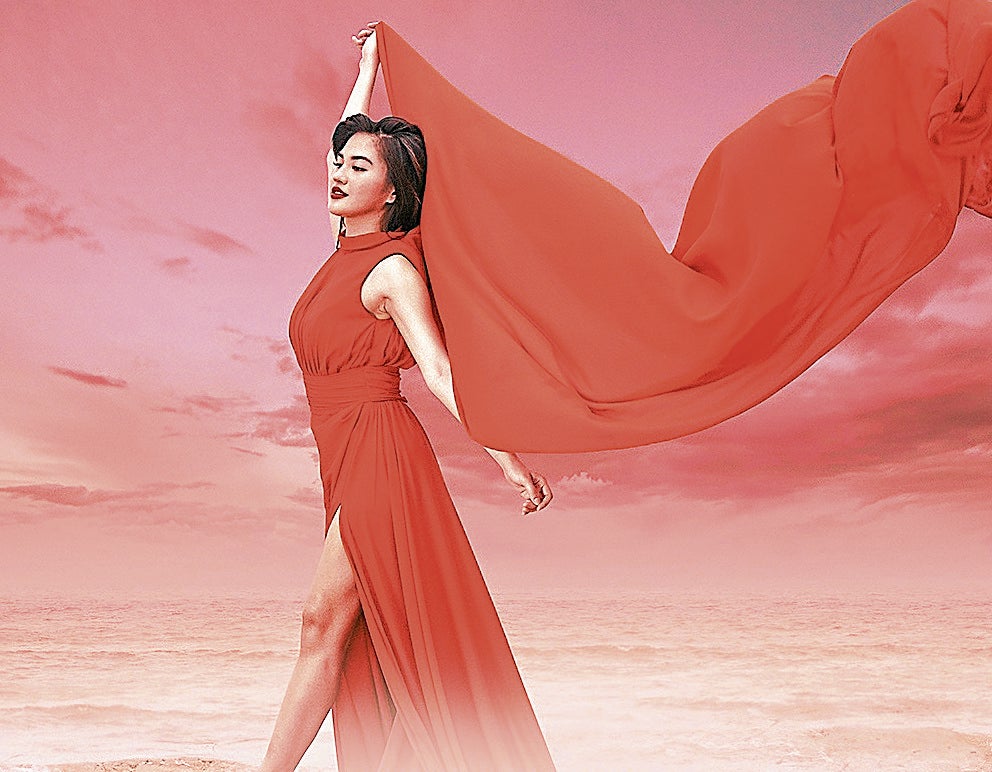 When we watched “Breathe,” the first leg of Julie Anne San Jose’s “Limitless” musical trilogy, two months ago, we didn’t expect to get swept off our feet by its unique concept and the lengths it was willing to go to spread musical cheer during the pandemic, even as the musical special showed off picture-perfect locations in far-off Koronadal, South Cotabato, in Mindanao.

Helmed by creative director Paolo Valenciano with musical direction by the prodigiously inventive Myke Salomon, the three-parter, conceptualized with GMA Synergy and Regional TV’s Oliver Amoroso, saw the Kapuso Network’s 27-year-old Singing Sweetheart serenading pleasantly surprised locals she crossed paths with—in a homey sala, on top of boulders by a river, inside a bahay kubo, and on a windy hill surrounded by glorious mountain ridges!

We’ve never seen anything this original from a locally produced musical streamed during the stultifying and suffocating global health crisis.

Even if you take away the show’s heartwarming nostalgic bent and its emancipatory effect on viewers as they prepare to travel again after two years of lockdown-driven isolation, you’d still come out of it empowered and inspired by the time-honed beauty of Julie Anne’s perpetually evolving musical chops.

“Heal,” the second leg of “Limitless” will be shown tomorrow (get your tickets at gmanetwork.com/synergy)—this time, on a beach (and beyond) in the Visayas. The third and final leg, called “Rise,” is set for Feb. 19 next year.

While “Limitless” showcases Julie Anne’s growth as a singer-performer, it has also allowed her to take stock of her life and career so far.

“While I’m focused on a lot of artistic things, I’ve also been working on myself,” Julie Anne told us during our recent one-on-one interview over Zoom. “Staying happy is a good goal. Yeah, that’s what we all need right now. That’s why I feel so blessed to be doing something like this since we’re not allowed to mount concerts on a stage with a live audience. “And this is something Hollywood singers and K-pop stars have been releasing to keep themselves busy and stay in the limelight. We can keep the performing wheels turning this way—it’s a huge adjustment we’re all forced to adapt. Since there are so many limitations, artists had to think of ways to be able to express themselves and continue showcasing their craft.

“But we also wanted to create content, so ‘Limitless’ is the next best thing to a live show. Its hybrid music-and-tourism concept doesn’t just let me perform to an audience, it also allows me to travel and explore some gorgeous places around the country.

“Obviously, we had to strictly follow some safety measures. For the first leg, nakakapanibago talaga s’ya because after deplaning, there were hardly any people at the airport. (Laughs) But I really got to breathe because the team and I realized how much we needed the break from the hustle and bustle of the big city. It was a heartwarming experience made even more memorable by the beautiful scenery. It didn’t feel like work at all. It made me appreciate life even more. It was like, ‘Wow. Nakakahinga na ako!’” 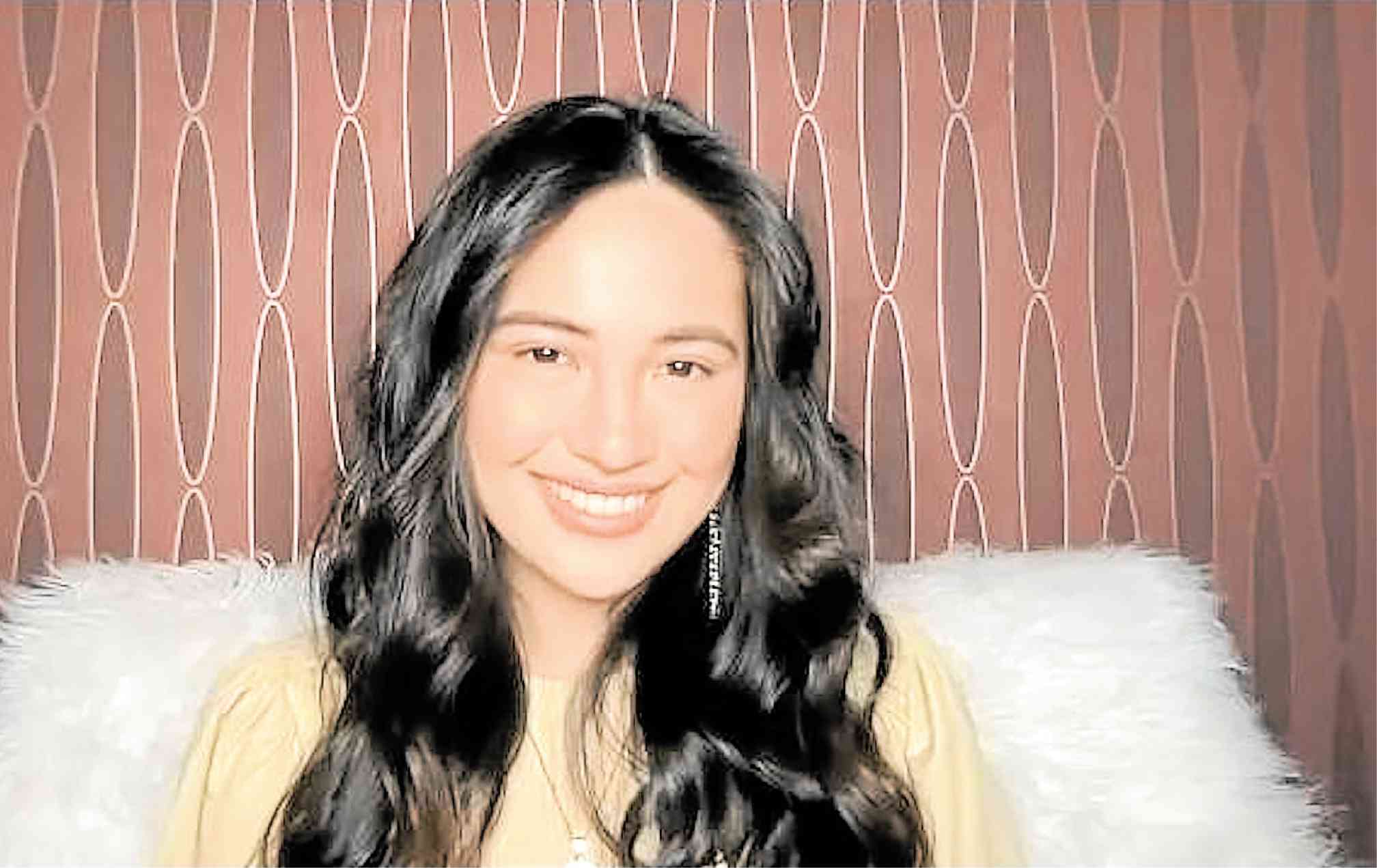 Julie Anne during the interview

Our Q&A with Julie Anne:

What will “Heal” be about?

“Heal” made me realize how much I needed to take this project. I got so used to a routine—you leave your house to go to the studio and back again. But recovery is a step-by-step process. You can’t cut corners.

First, you need to breathe before you can start healing—which is harder because you need to take a leap of faith and accept the uncertainty beyond what you’re going through. Then, you have to get ready to face whatever challenge that’ll come next.

It’s been 16 years since you tried your luck in “Popstar Kids,” which was the “official” start of your professional performing career. How has your singing or musicality evolved, from your debut album “Julie Anne San Jose” to “Chasing the Light” to your lovely new single, “Kung Wala Ka Na”?

The evolution of my music has many transitions, but none of them were drastic. I grew along with the changes and lessons I learned along the way. Ako naman kasi, I just love what I do. I find fulfillment when I offer something new to my followers because that’s how you discover new things and grow in your craft.

My first album had mostly ballads in it, with a tinge of country and pop. But over time, I began mixing them up with other genres—like, I incorporated the R&B flavor into my music. Then, I went back to acoustic. It tends to be more pop these days.

Let’s revisit your roots. Your mom realized that you could sing when you were 2 years old. What do you remember from those days with “Batibot” and when joined “Little Miss Philippines”?

This is very nostalgic for me! I still have clips from when I joined “Little Miss Philippines” in “Eat Bulaga!” when I was 4 years old. (Laughs) But my mom first realized I could really sing when I sang “Habang May Buhay” when I was 2. My Mom would record my voice on cassette tapes and send them to my Papa, who was then an [overseas Filipino worker] in Taiwan.

I then enrolled at Center for Pop. Initially, they didn’t want to take me in because they thought I was too young. But when they heard me sing, they said, “Sige na nga!” (Laughs) That’s where I started learning new things, like handling the microphone and singing properly.

But I had to stop my show biz-related activities because I needed to focus on school. But time came when I auditioned for “Popstar Kids,” my first ever contest after so many years. I was 11 going on 12 when I rejoined the business professionally. Then tuluy-tuloy na after that.

Can you talk about your upcoming musical series “Still”?

It was my first time to work outside GMA, so I have to thank the network for letting me do this project. It’s a very inspiring and empowering musical narrative about a group of artists stuck inside a music camp during the first couple of months of the pandemic.

They became close during that time of isolation and rediscovered themselves and their dreams through music. The musical wants to send a message of hope during these difficult times.

All the songs are original. We have eight episodes that are 45 minutes each. It has seven full narrative episodes and one musical-concert finale. “Still” is produced by Viu with This Side Up, directed by Treb Monteras II and written by Pat Valera.

Working with “Still’s” amazing cast, many of them honed by years of experience in theater, was such a humbling experience for me. Because of them, lalong lumaki ang hunger ko for growth as an artist.

I’m learning so much from this diverse group of people. I’ve never really done theater before and I intend to appear in one sometime soon!