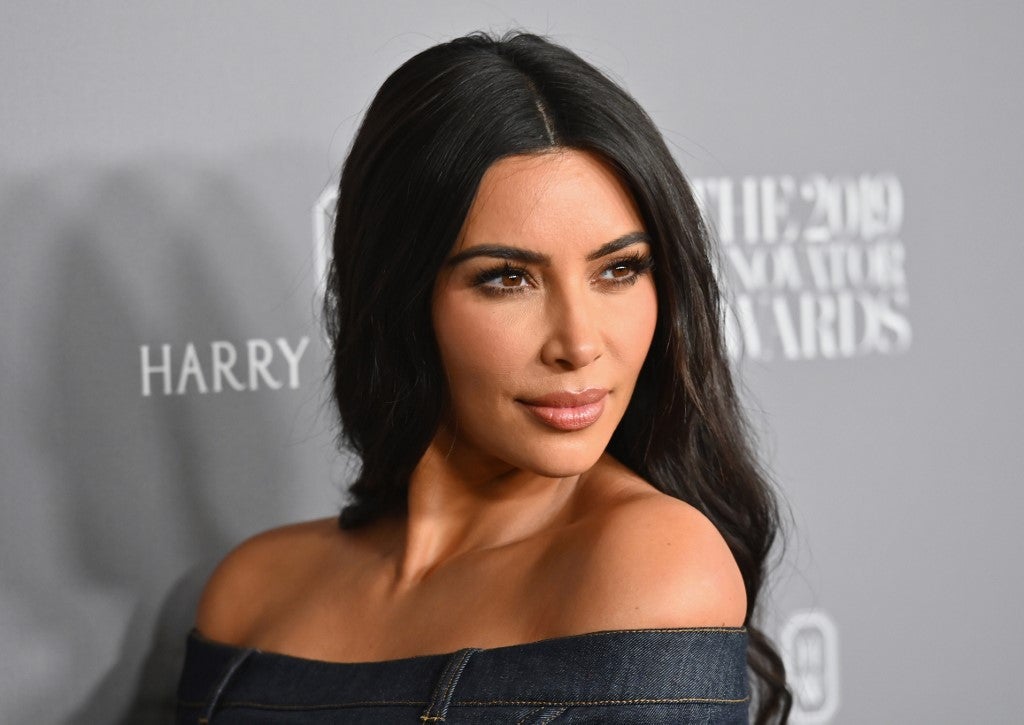 In this file photo taken on November 6, 2019, US media personality Kim Kardashian West attends the WSJ Magazine 2019 Innovator Awards at MOMA in New York City. – Kim Kardashian has helped in the evacuation flight of members of the Afghanistan women’s youth development football team to the United Kingdom. Image: Angela Weiss/AFP

London, United Kingdom — Members of the Afghanistan women’s youth development football team have been airlifted to the UK in an evacuation flight funded by US celebrity Kim Kardashian.

The 35 female footballers and their families, a total of 130 people, arrived at Stansted Airport, east of London, in the early hours of Thursday morning, according to the ROKiT Foundation.

The squad had been in Pakistan on temporary 30-day visas since escaping from Afghanistan following a takeover of the country by the Taliban but risked being sent back when their asylum period expired if no other country was prepared to take them in.

But a charter flight brought them to the UK, where they will spend 10 days of a coronavirus quarantine in a hotel before starting their new lives.

A representative for Kardashian, best known as a star of reality television, told Britain’s PA news agency the flight was funded by her and her SKIMS brand.

Siu-Anne Gill, chief executive officer of the ROKiT Foundation which helped organize the footballers’ escape from Afghanistan, said she was “extremely humbled by the courage shown by these girls.”

“That’s inspired us to ensure that their efforts in getting over the border don’t go to waste,” she added.

Since their return to power on August 15, the Taliban have said that women can play football but only under strict conditions — namely barred from playing in public.

Other Afghan female players have fled to Portugal

Leeds United are among the organizations offering to help the footballers who have arrived in England, with Andrea Radrizzani, the owner of the Premier League football club, saying in a statement: “We are delighted the Afghan Women & Girls Development Football Team and their families, led by their brave, former captain Khalida Popal have landed safely in the UK, following extensive efforts by a number of partners.

“We are honored to have played our part and grateful that the UK government has enabled their resettlement in the UK.”

He added: “This demonstrates the power of football and sport in general, as a force for good and shows how the football community is able to collaborate and mobilize to save lives.

“Through Play for Change Charitable Trust and Leeds United, we stand ready to support the girls and their families in building an inclusive and prosperous future. We can’t wait to see them playing football again.”

A British government spokesperson said: “Like others, we have brought to the UK from Afghanistan, the Afghanistan girls’ football team will receive a warm welcome, support, and accommodation,”

The Islamist Taliban banned women from sporting activity or even going to a match when they last ruled Afghanistan from 1996 to the 2001 US-led invasion that followed the September 11, 2001, Al-Qaeda attacks on the United States.

Read Next
The future is ‘Limitless’ for Julie Anne San Jose
EDITORS' PICK
Over 3 Million worth of prizes to be won at Smart Padala’s SENDali Manalo Promo!
The best of bayside and city living at SMDC’s Sail Residences
Acer starts the year off strong with the Aspire Vero National Geographic Edition
EDITORIAL: Protecting the polls’ integrity
Comelec junks petition to scrap Bongbong Marcos COC
COVID-19 virus spread slowing down in Metro Manila, says OCTA Research
MOST READ
In Batanes, octogenarian dies of COVID-19
Drug lord Espinosa tried to escape through air vent at detention facility – NBI
When to get boosters after positive COVID test
Marcos Jr. visits Cebu, stands as ‘ninong’ to mayor’s son
Don't miss out on the latest news and information.