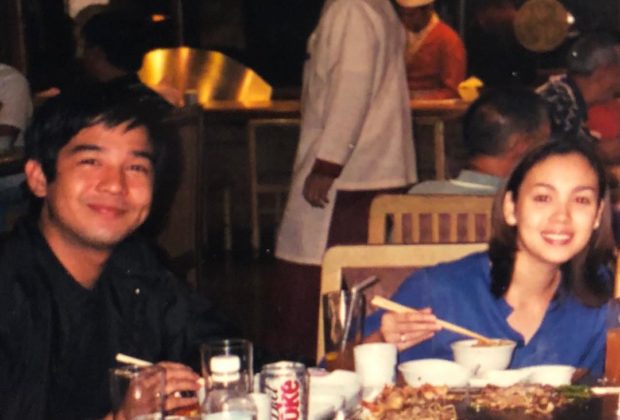 Claudine Barretto went on a trip down memory lane as she showed an old love letter sent to her by her late ex-boyfriend actor Rico Yan.

The actress gave fans a glimpse of the letter, which was dated September 1998, on her Instagram page today, Nov. 16.

“Hunny, just wanted you to know that you are the best thing that has happened in my life. You are my life!” Yan wrote to Barretto. “While I watch you sleep, I can’t believe [you’re] mine.”

“Thank you for being my rock! And hunny, ‘you rock.’ I love you very much,” he added.

Barretto said she shared the old love letter from the actor, for the supporters of their love team to see.

“Double infinity. RYCB [and] Claudinians, this is for all of [you],” she addressed fans.

Fellow celebrities expressed their “kilig” over the love letter, including Gladys Reyes, Dianne Medina and Neri Naig, among others.

Barretto and Yan became love team partners in the late 1990s, and their time as an on-screen couple eventually led them to a real-life romance. The two starred in hit movies together such as “Got 2 Believe,” “Flames: The Movie” and “Dahil Mahal na Mahal Kita.”

Even with children of her own, Barretto remains sentimental over her late ex-boyfriend. She visited Yan’s grave when his father died in October 2019 and used the actor’s old blanket for her youngest son, Noah. The actress also paid tribute to him on what would have been his 46th birthday last March.

Yan was found dead in a resort in Palawan in March 2002, with cardiac arrest being cited as the cause of his death. He was 27 years old.  /ra