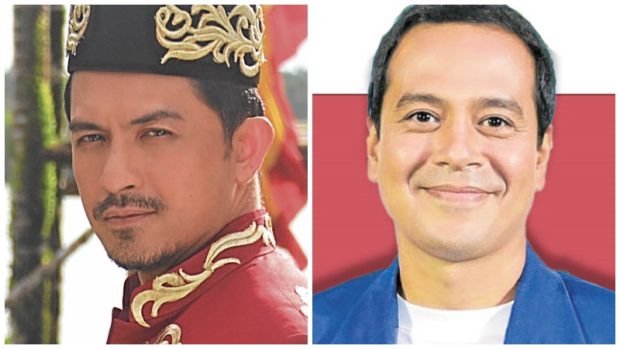 Should John Lloyd Cruz do a drama series with GMA 7, he need not look for an actor to play the villain.

The 40-year-old star, who’s usually cast as a protagonist or a leading man on television, has been raring to take on more offbeat roles to keep himself on his toes.

“I want to play a bad character; someone who has no kind bone in his body,” Dennis related. “I want the viewers to despise my character. I want to experience people getting annoyed and mad at what I do—not personally though!”

Dennis and John Lloyd are regarded as two of the best actors of their generation. But while they have been in the industry for more than 20 years, they haven’t had the opportunity to work together.

“Never pa kami nagka-work. And I’m excited he’s here now. I hope that, someday, we can be in the same project,” said Dennis, whose performance in Erik Matti’s crime thriller movie “On the Job: The Missing 8” earned him raves from critics at this year’s Venice Film Festival.

For now—as he awaits for his next big project—Dennis is staying at home to look after his fiancé, fellow Kapuso star Jennylyn Mercado, who’s pregnant with the couple’s first baby together. Both actors already have a child from past relationships: Dennis has Calix, 14, with Carlene Aguilar; Jennylyn has Alex Jazz, 13, with Patrick Garcia.

“Sa bahay lang ako, taking care of Jen. My next job isn’t until after a couple of weeks and I’m not part of the main cast, so that’s going to be quick. I’m also editing videos for our YouTube channel,” he said. “Once I come back to work, I would also like to do something light or a rom-com (aside from offbeat roles) … something that doesn’t require me to cry a lot.”

After already having had his fair share of heavy acting in “Legal Wives,” where he plays Ismael Makadatu, a Maranaw nobleman with wives —Amirah, (Alice Dixson), Diane, (Andrea Torres) and Farrah (Bianca Umali)—whom he equally loves out of “obligation,” “dedication” and “compassion,” respectively. “I’m going to miss the show. It was the first time I had to play someone with three wives with very distinct qualities. It was hard because you had to make each pairing’s chemistry work. But having a happy working environment reflected on the output,” he said, adding that dealing with something like that in real life is unimaginable to him.

“I don’t think I can manage something like that. Just playing the character was hard, what more if it’s real life?” he said. “I don’t think I will have peace of mind. Someone in that situation will need a lot of strength and patience. You have to stay composed while you solve problems, when you have your back against the wall.”

Aside from the act of polygyny, the teleserye also aimed to examine concepts relevant to Islamic and Maranaw cultures. Dennis is confident that the show accomplished its mission.

“Through this show, we developed a deeper respect and understanding for other people’s cultures and religions, may they be Maranaw, Muslim or Christian. Respect is important… But sometimes, there are people who can’t readily give it because they don’t understand what others go through. It can be easy to judge others based on what we see on the outside,” he said.

“And despite the restrictions and our initial worries, the reception of the viewers, especially Maranaws and Muslims, were good, and that’s heartening to see.” INQ