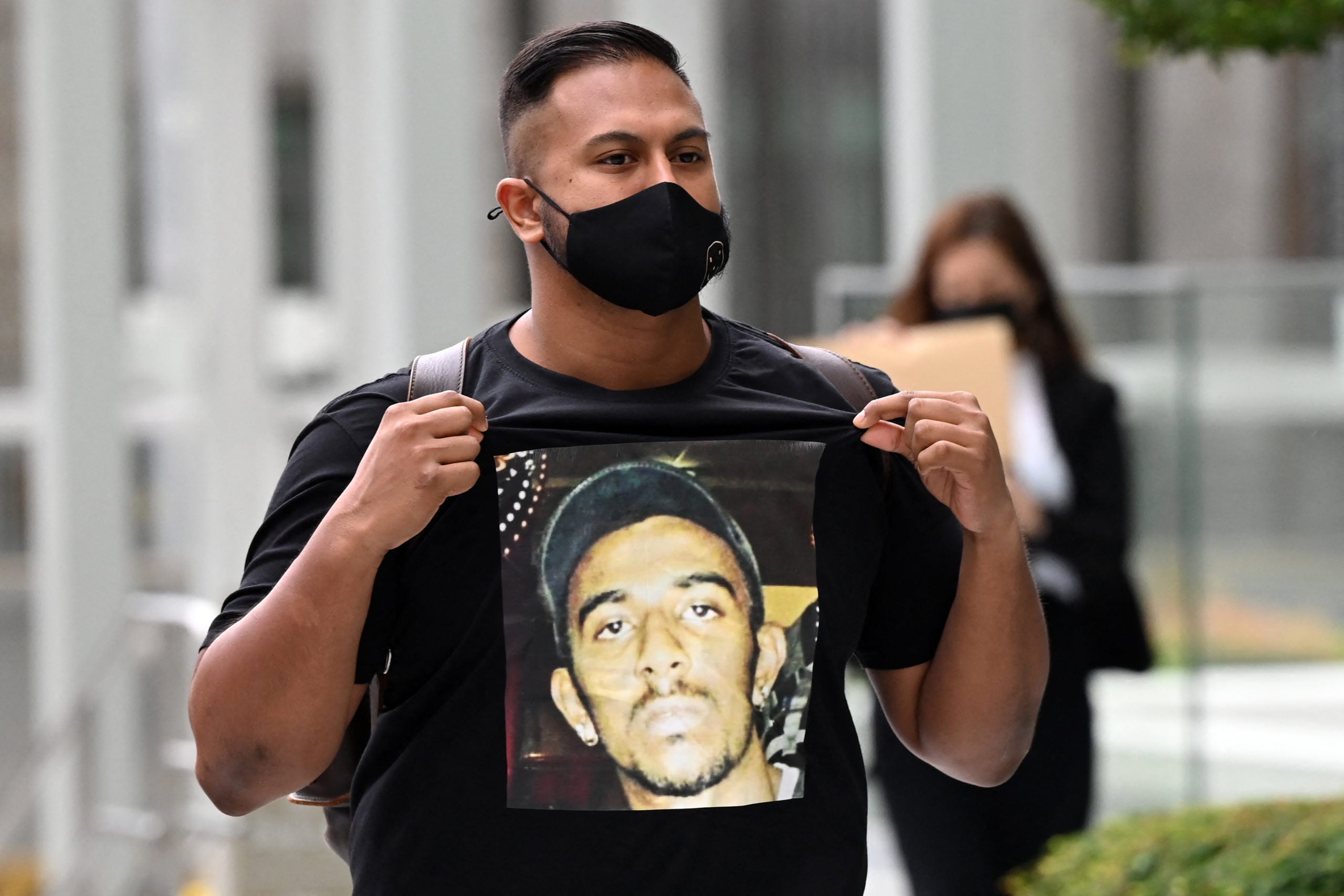 Singaporean rapper Subhas Nair arrives at the State court in Singapore on November 1, 2021, to be charged over comments on race and religion. (Photo by ROSLAN RAHMAN / AFP)

Singapore, Singapore — A controversial Singaporean rapper of Indian descent who has accused authorities of racism may face jail after being charged Monday for sowing divisions between the city-state’s different ethnic and religious groups.

Singapore’s government has long sought to promote racial harmony among its diverse population of 5.5 million, but some still complain that the ethnic Chinese majority enjoy greater privileges.

Outspoken rapper Subhas Nair faced four counts when he appeared in court Monday over offenses that allegedly occurred between 2019 and this year.

According to charge sheets, the 29-year-old made comments on social media appearing to suggest a Chinese man involved in the death of an Indian received lenient treatment from authorities because of his race.

And he was charged over a 2019 rap video that criticized a local Chinese actor who darkened his skin to portray an Indian in an advert.

Police had already issued a warning over the video to Nair and his sister Preetipls – a well-known local comedian, who rapped alongside him.

Singapore, home to Muslim Malay and ethnic Indian minorities alongside the ethnic Chinese majority, has strict laws against sowing racial and religious tensions.

Nair faces up to three years in prison, a hefty fine or both, for each charge if convicted.

Ahead of Monday’s court appearance, police said allegations that “law enforcement agencies accord differential treatment based on religion or race are baseless and have the potential to damage religious and racial harmony in Singapore”.

Nair appeared in court with his sister and was wearing a T-shirt bearing a picture of a Malaysian man convicted of drug trafficking in Singapore, who is set to be executed soon.