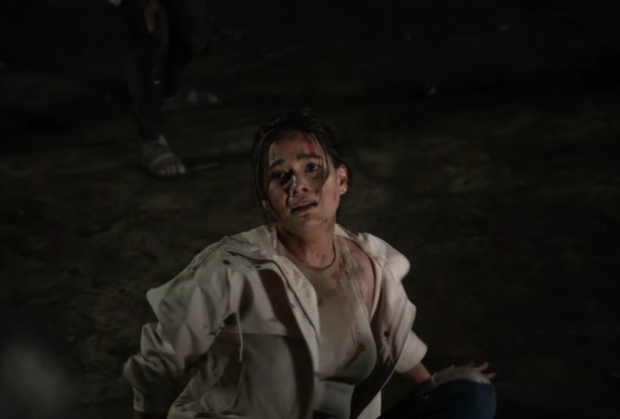 Bea Alonzo runs for her life while being chased by zombies in the creepy and unsettling music video for Skusta Clee and Gloc-9’s “Karma.”

Alonzo is shown trying to escape a horde of zombies in an abandoned warehouse, but the creatures eventually catch her. The video ends with the actress going face-to-face with a zombified Skusta Clee as more monsters approach them.

Alonzo considers the music video her Halloween entry for this year and she showed behind-the-scenes photos from shooting “Karma” on her Instagram page, also yesterday.

“Skusta Clee just dropped a music video of his new song feat. Gloc-9, ‘Karma,’ and I was asked to be a part of the video,” she said. “[Of course], I happily obliged!”

The actress’ appearance in the music video was arranged by Skusta Clee’s partner, vlogger Zeinab Harake.

The music video for “Karma” has earned more than 1.4 million views and over 150,000 likes, as of this writing. It also took the top spot for YouTube music trends shortly after its release. JB