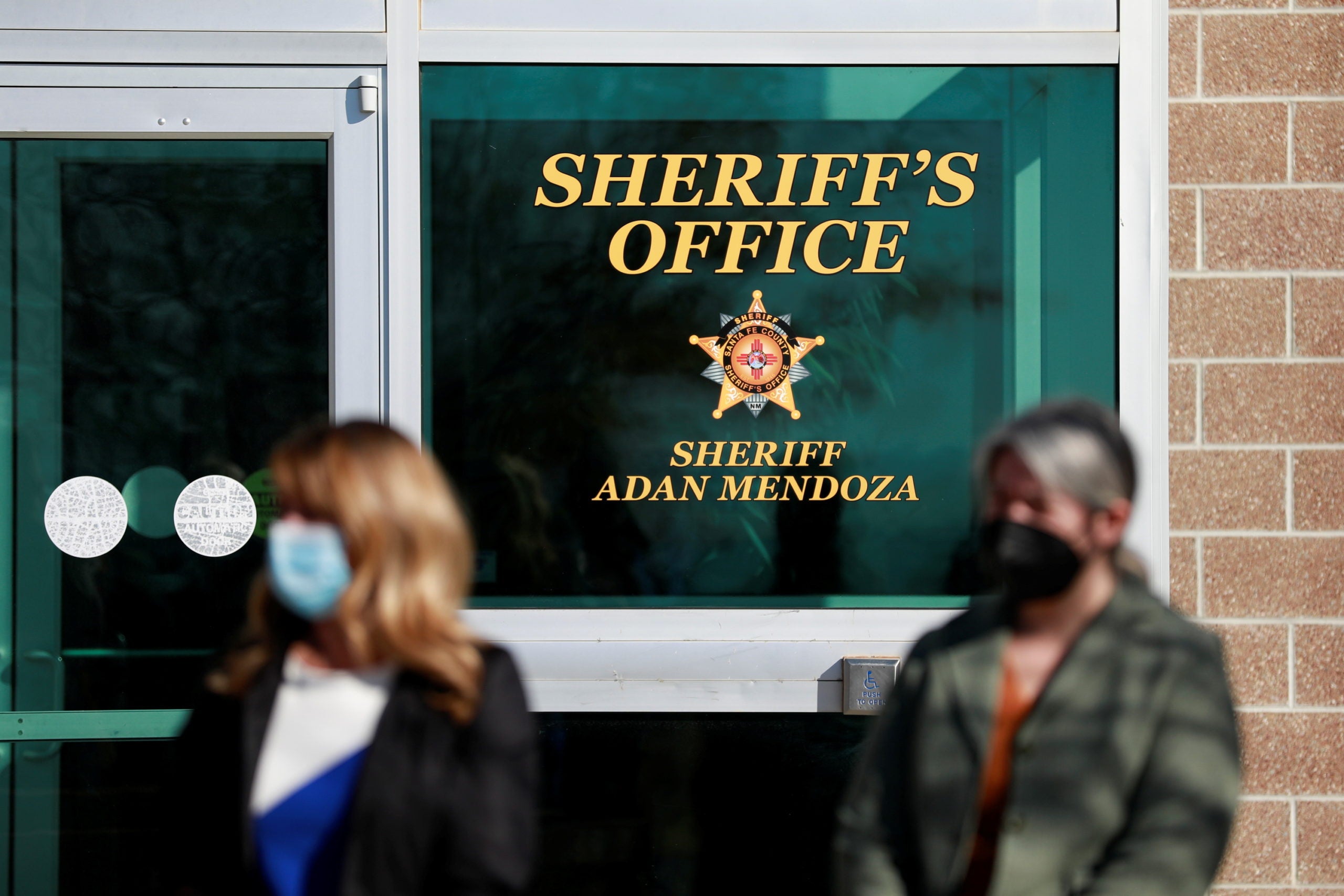 SANTA FE, N.M.  – A .45-caliber Colt pistol used on the set of the film “Rust” was not thoroughly checked before being given to actor Alec Baldwin, who fired a live lead bullet in an accidental fatal shooting last week in New Mexico, according to officials and a new court filing.

New details about the incident emerged on Wednesday during a news conference by Santa Fe County Sheriff Adan Mendoza and District Attorney Mary Carmack-Altwies and in an affidavit filed by the sheriff’s department. Mendoza told reporters there was a complacent attitude toward safety on the set before last Thursday’s shooting that killed cinematographer Halyna Hutchins during a rehearsal.

Hannah Gutierrez, the crew member in charge of weapons on the set, told investigators she had checked guns there but found no “hot rounds” – apparently meaning live ammunition – before the shooting, according to the affidavit.

Dave Halls, the film’s assistant director, told investigators he “should have checked all” the rounds in the gun before handing it to Baldwin but had not done so, according to the affidavit. Authorities said previously that Baldwin was handed what he thought was a “cold,” or safe, gun by Halls, who took it from a cart used by Gutierrez.

Mendoza and Carmack-Altwies said while no criminal charges have been filed, they are not ruling out that possibility.

“All options are on the table. … No one has been ruled out at this point,” Carmack-Altwies said of potential charges.

Gutierrez, whose job is formally called the film crew’s armorer, said ammunition was not secured on the set during a lunch break before the shooting, the affidavit showed. It quoted her as saying that firearms were secured inside a safe kept on a white truck during the break and that no live ammunition is ever kept on a movie set.

“Only a few people” had access to the safe and knew the combination to open it, Gutierrez said, according to the affidavit.

A judge approved a request by investigators to search the truck on Wednesday.

Authorities have collected 600 pieces of evidence including three firearms, 500 rounds of ammunition – some believed to be live bullets – and several pieces of clothing and accessories in the ongoing investigation, Mendoza said. Some evidence is being sent to an FBI crime lab for analysis, Mendoza added.

Authorities have the firearm used in the shooting and recovered the bullet from the shoulder of director Joel Souza, who was wounded but later released from the hospital, Mendoza said. It appears the same bullet struck Souza and Hutchins, Mendoza added.

“We would consider it a live round – a bullet, live – because it did fire from the weapon and obviously caused the death of Ms. Hutchins and injured Mr. Souza,” Mendoza said.

Baldwin, 63, serves as a co-producer of “Rust,” a Western film set in 1880s Kansas. Production on the Bonanza Creek Ranch, near Santa Fe, has been halted.

Mendoza said Baldwin, Halls and Gutierrez all are cooperating with the investigation.

Asked about the use of real weapons on a movie set, the sheriff said, “I think the industry has had a record recently of being safe. I think there was some complacency on this set. And I think there are some safety issues that need to be addressed by the industry and possibly by the state of New Mexico.”

The shooting has sent shockwaves through Hollywood, prompting a debate about safety protocols in film and television – including whether certain types of guns used as props should be banned – and working conditions on low-budget productions.

Before the incident, camera operators had walked off the set to protest working conditions.

Baldwin was drawing a revolver across his body and pointing it at a camera while rehearsing when the weapon fired, according to court documents. There is no video footage of the incident, Mendoza said.

The film’s producers have hired the law firm Jenner & Block to investigate the shooting. In a letter sent to cast and crew, the film’s production team said Jenner “will have full discretion about who to interview and any conclusions they draw,”