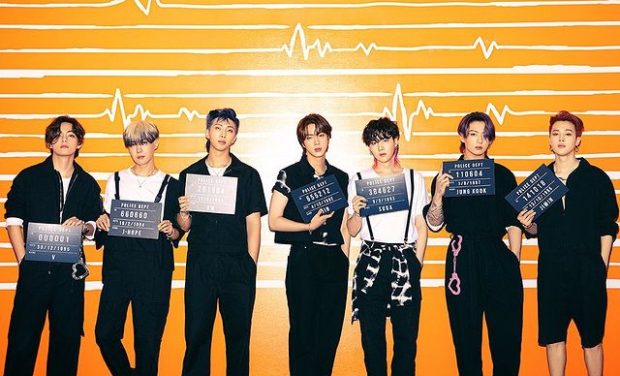 BTS is taking another shot at the Grammy Awards as they submitted their hit song “Butter” for consideration in the 2022 Grammys.

The K-pop boy group entered the song under the Best Pop Duo/Group Performance category, as per Allkpop yesterday, Oct. 26.

If BTS gets nominated in the Grammys, “Butter” would be their second nod from the Recording Academy after having a chance at the award with “Dynamite” this year. BTS did not win in the 2021 Grammys and was beaten by Lady Gaga and Ariana Grande with their duet “Rain on Me.”

BTS’ “Butter” may possibly go up against 24kGoldn and Iann Dior’s “Mood,” Doja Cat and SZA’s “Kiss Me More,” The Kid LAROI and Miley Cyrus’ “Without You,” and Lizzo and Cardi B’s “Rumors.”

The Recording Academy opened the first round of voting for the 64th Grammy Awards last Friday, Oct. 22. The voting period will end on Nov. 5, as per its Twitter page last Saturday, Oct. 23.

“Butter” is an all-English dance-pop track released by BTS earlier this year. The group set five Guinness World Record titles with the song. Most of the records came from YouTube, where the group beat its own achievements with “Dynamite.”  /ra