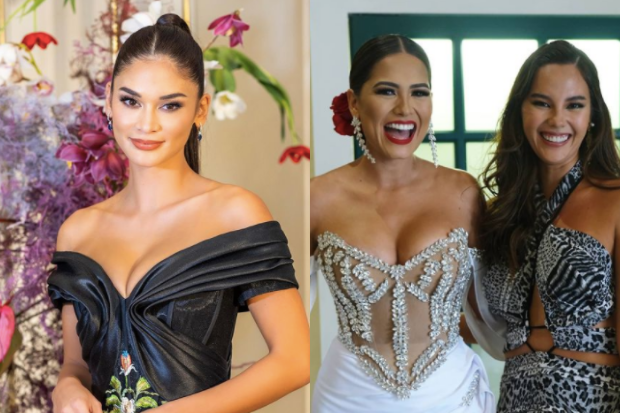 Pia Wurtzbach expressed her admiration for her fellow Miss Universe queens Catriona Gray and Andrea Meza as she said the two would come out on top if beauty queens were ranked.

Wurtzbach, who won the Miss Universe beauty pageant in 2015, said that 2019 winner Gray and current titleholder Meza were “destined for the universe,” as seen on her Instagram Story yesterday, Oct. 20. She also showed a photo of the two.

Wurtzbach did not elaborate on why she thinks Gray and Meza would rank higher than her, though the two have earned various titles in the past, aside from their Miss Universe crowns and the national titles they won prior.

“Kung ako naman, two losses [and] two wins. ‘Yung isang win muntik pa maging draw,” Wurtzbach quipped. (As for me, [I have] two losses and two wins. One of the wins was almost a draw.)

The “draw” that she joked about referred to her Miss Universe coronation moment where pageant host Steve Harvey erroneously announced Miss Colombia Ariadna Gutierrez as the winner.

Wurtzbach ended a 42-year drought for a Miss Universe crown in the Philippines, taking home the title after Margie Moran’s 1973 win. 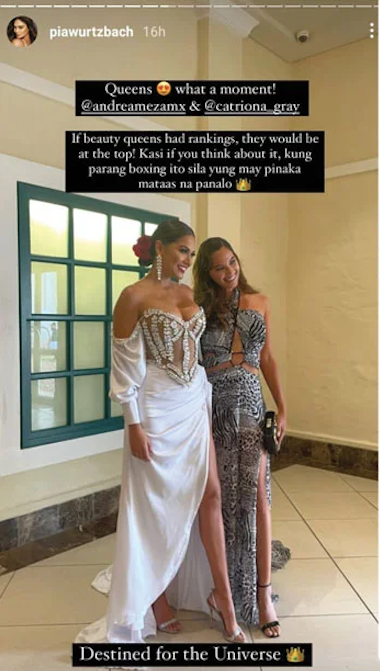 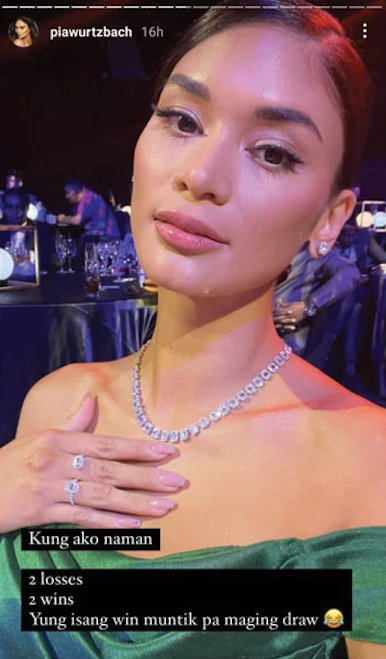 Pia Wurtzbach registers to vote in Abu Dhabi, urges public to do its part