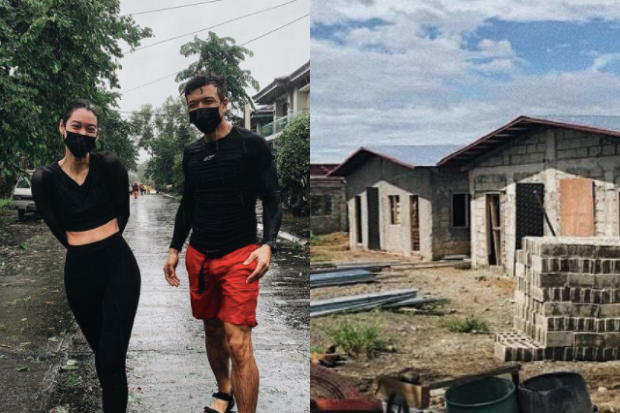 Jericho Rosales and his wife, Kim Jones, have helped build 20 houses for families in Cagayan that were left homeless last year due to Typhoon Ulysses.

The actor proudly talked about the project on his Instagram page yesterday, Oct. 18. He also showed the construction site for the homes along with a photo of himself and Jones.

The couple spearheaded the project along with the actor’s manager, Marinez Elizalde. They collected donations from friends and the public for a “Ulysses Relief Fund” to help 20 families in Baggao, Cagayan.

“It’s been almost a year since Typhoon Ulysses devastated many parts of our country including Marikina and Cagayan,” Rosales said.

“We’re happy to share that with the help of one of the best titas of Manila Marinez Elizalde, our friends too many to mention and you who donated to the cause, Ulysses Relief Fund [was] also able to help build 20 [houses],” he added.

Rosales and Jones previously extended help to Typhoon Ulysses survivors in Marikina City last year. The couple sent 400 food packs to barangays in the city through actress Bea Alonzo’s organization I Am Hope.

Rosales also distributed food while on a surfboard back in 2009, when Typhoon Ondoy caused flooding in Marikina and nearby cities.  /ra