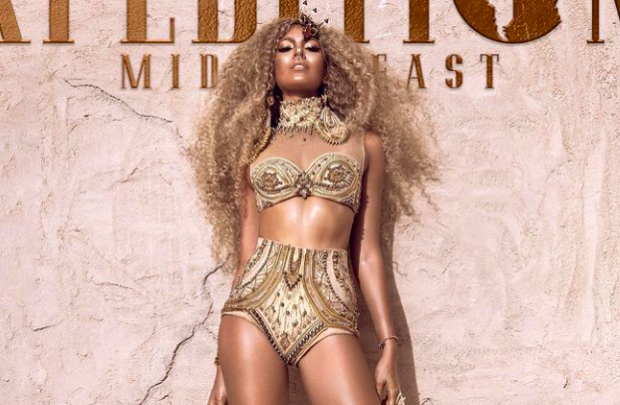 Maggie Wilson looked like a goddess in gold as she was recently featured on the cover of a Dubai-based luxury fashion magazine.

“Kindness, amidst a sea of uncertainties, is the driving force of a queen who is a shining paragon of beauty, love and humility,” Wilson stated, in what appears to be passages from the publication. “Achieving a new era of empowerment through independence, Maggie Wilson is a vindication of a woman’s strength for the Special Gold Expo Edition of Dubai’s leading luxury travel and fashion magazine.”

In the magazine’s cover story, Wilson talked about her love for traveling and the lessons from her trips that she would pass on to her son. According to her, learning about new cultures, meeting new people and trying new cuisines is “eye-opening” for her.

Wilson also revealed she recently bought properties in Bali, Indonesia and she is considering moving there someday.

“I just love the vibe that the island gives me, so I would probably end up retiring and settling over there,” Wilson said in the interview.

“I am hopelessly in love with the ocean. Its beauty, mystery and complexity bring me so much peace and intrigue,” she added.

Wilson announced her separation from businessman Victor Consunji last Sept. 27. She did not say the reason behind the split and when they agreed on the decision.

Wilson and Consunji got married in December 2010. They have a 9-year-old son, Connor, born in February 2012.

Consunji is a real estate magnate and triathlete. He is the grandson of contractor David Consunji of D.M. Consunji, Inc. JB