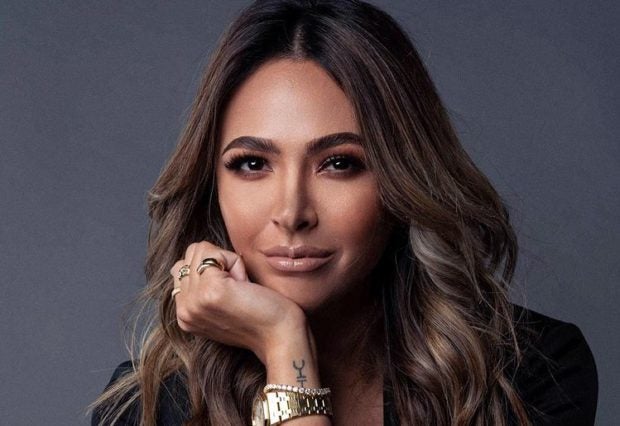 Maggie Wilson appears to have opened up about staying strong despite being hurt after announcing her split from real estate magnate Victor Consunji.

The Binibining Pilipinas World 2007 talked about what “made her strong” while showing a photo of herself through her Instagram page yesterday, Sept. 29.

“What made her strong was despite the things that hurt her she spoke of nothing, nothing but happiness,” the former TV host-beauty queen said.

It appears Wilson is currently in London, United Kingdom for a vacation, based on the photo’s geotag and her recent Instagram Stories.

While Wilson did not elaborate on the quote, several fans sympathized with her and expressed sadness over her recent separation from Consunji.

“Your eyes speak a lot! Be strong. God bless you,” one @abellajoyce8 told Wilson.

“Grabe, di ko maisip na maghihiwalay pa kayo kasi lahat ng pictures niyo sweet naman,” another netizen, @binibiningmayumi, said. (Wow, I did not expect that you two would break up because you look sweet in all of your photos.)

“I felt sorry. Idol ko pa naman kayo as a couple (I idolized both of you as a couple),” @_wandermom, meanwhile lamented. 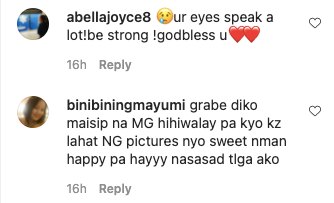 Wilson announced her separation from Consunji through a statement last Monday, Sept. 27. She did not tell the reason behind the split and when they agreed on the decision.

Consunji is a businessman and triathlete. He is the grandson of contractor David Consunji of D.M. Consunji, Inc. JB