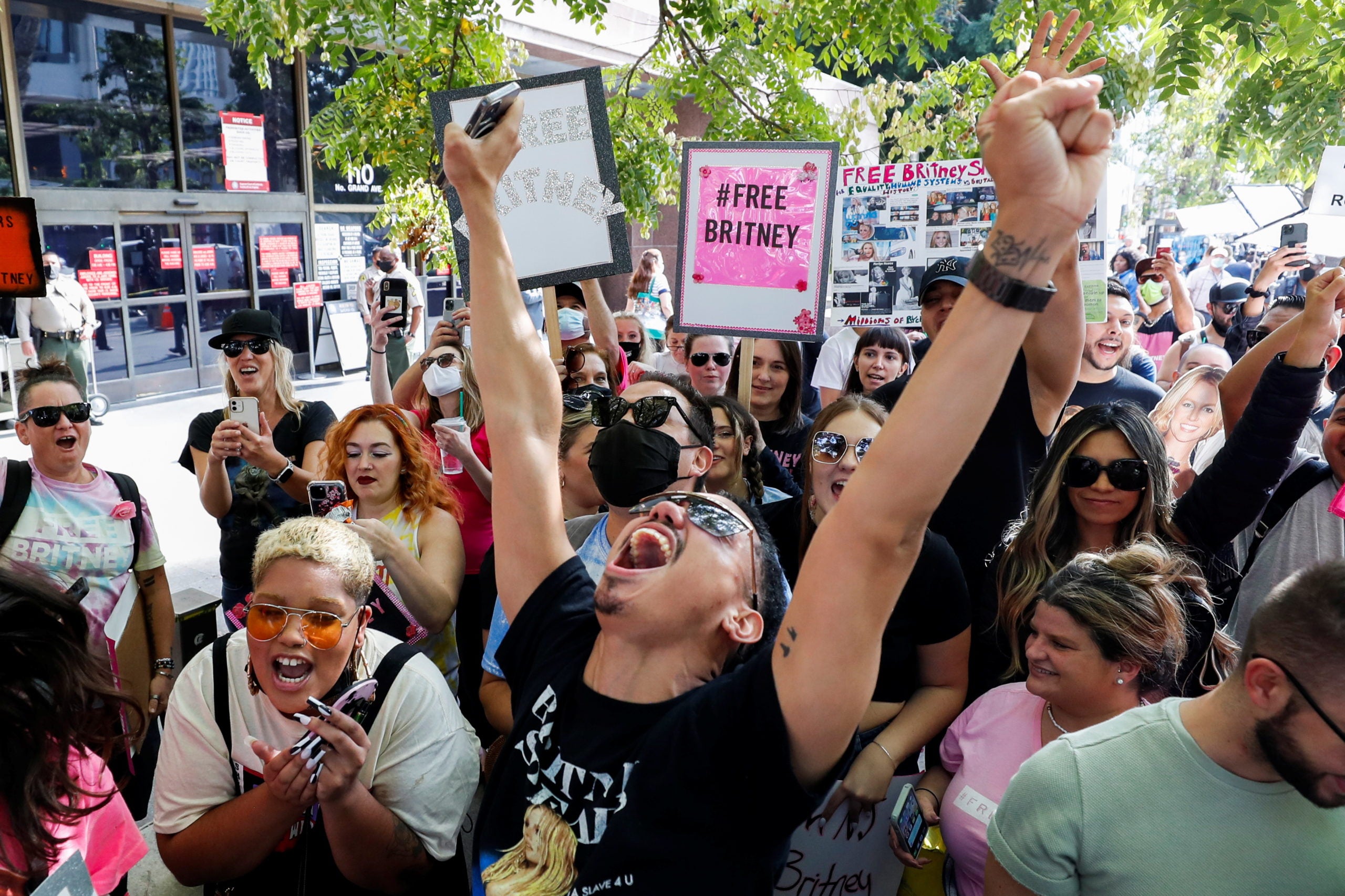 Supporters of pop star Britney Spears celebrate after a judge suspended the father of?Britney?Spears from his 13-years-long role as the controller of the singer’s business affairs at Stanley Mosk Courthouse in Los Angeles, California, U.S., September 29, 2021. REUTERS/Mario Anzuoni

LOS ANGELES — A Los Angeles judge on Wednesday suspended the father of Britney Spears from his 13-year role as the controller of the singer’s business affairs.

“The current situation is not tenable. It reflects a toxic environment which requires the suspension of Jamie Spears effective today,” Los Angeles Superior Court Judge Brenda Penny said during a court hearing.

Spears will be replaced with an accountant on a temporary basis, Penny said.

The hearing was continuing on Wednesday and Penny had not made any decision on whether to terminate entirely the conservatorship that also controls the singer’s personal life.

#FreeBritney fans gathered outside the court in Los Angeles erupted in cheers as the judge’s ruling was conveyed.

Jamie Spears has been in charge of his daughter’s business affairs since 2008 when he put in place a court-approved conservatorship after she suffered a mental breakdown.

The singer, 39, has been demanding for months that her father be removed from any role in her life. She did not take part in Wednesday’s hearing but was represented by her attorney Mathew Rosengart.

The “Circus” singer’s father made a surprise request earlier in September for her conservatorship to end. His attorneys on Wednesday argued there was no need for him to step down because all sides had agreed the contentious arrangement should end.

Rosengart said it would take time to wind down the conservatorship and he said Jamie Spears wanted to avoid having to answer questions about his actions.

A New York Times documentary released last week alleged that the singer’s phone and bedroom were bugged by security staff working for her father.

Spears stepped up her efforts in June to break free of the conservatorship, telling the judge in her first public comments that she found it abusive and humiliating.

Public support for her has swelled and some restrictions Spears complained about have been loosened. Two weeks ago she announced her engagement to Sam Asghari, 27, her personal trainer and boyfriend of more than four years.