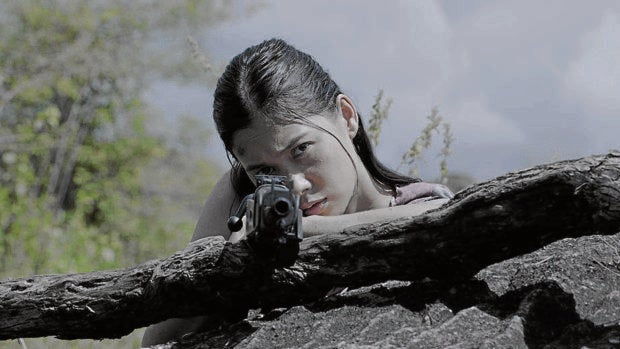 Maja Salvador as a policewoman in “Arisaka”

She’s one with the team. No star diva attitude. A fighter.” This was how filmmaker Mikhail Red described Maja Salvador, the lead star of his action thriller “Arisaka,” which will be competing in the main section of the 34th Tokyo International Film Festival (TIFF) in late October.

“Maja was the perfect choice. She’s versatile and could handle the action scenes, as well as the emotional beats. She knows how to work with weapons and make it believable and badass, and she has that resolve and fighting spirit that fit the character well,” Mikhail told Inquirer Entertainment shortly after the TIFF announced its official lineup online.

The film is named after the WWII Japanese military bolt-action service rifle.

In “Arisaka,” Maja plays a policewoman who survives an attack, which happens while she and her group are on the road escorting a witness out of Bataan. As assailants hunt her down, she traces the trail of the historical Bataan Death March—which happened during the Japanese occupation — in order to escape her captors.

“Also, Maja isn’t maarte at all. She’s very professional. She endured the tough terrain and weather, as well as the demanding action sequences,” the director said.

“Arisaka” is Red’s seventh film and his first one to make it to the TIFF’s main competition. His first two films, “Rekorder” (2013) and “Birdshot” (2016), were part of the fetival’s Asian Future section, where the latter won best film in 2016.

When asked whether this puts pressure on his shoulders or makes him feel nervous, Red replied: “No, not really. I’m just happy I got in. It’s a huge honor to be in the same section as the masters. It has also always been my dream to be part of the main competition. Being part of it will definitely put a spotlight on the film.”

Red said “Arisaka” had been “tough and difficult” to make because it had been “one of the earliest shoots in the pandemic. We were all adapting, and we had to shoot on location while surviving typhoons.” 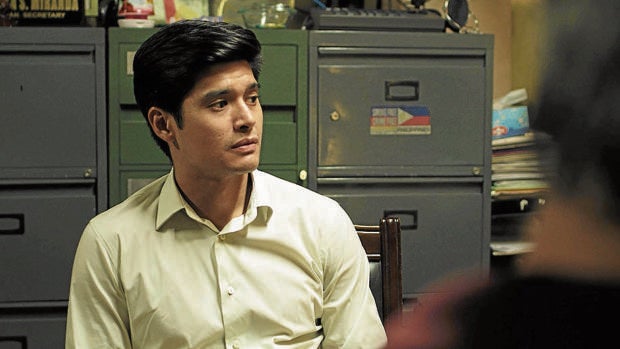 Scene from “The Brokers”

He further said: “This is a survival film and we got to experience the theme as well and survived. We hope to get this to the local audience after our festival run, and maybe some international theatrical screenings and, eventually OTT (over-the-top media service).”

Red described the film as something with a “very timely subject matter… It is also a catharsis of pent-up emotions for me during the pandemic. It is a mix of anger and sadness, and trying to survive; I feel like the trials that the character of Maja goes through in the film will also galvanize the audience.”

The cast also includes Mon Confiado. It is produced by Ten17p.

Meanwhile, also competing in the main section is Brillante Ma Mendoza’s “Resbak” (Payback), which depicts the life of a man involved in a crime ring in the slums. It tells the story of Isaac (Vince Rillon), a bike thief being chased by the police. He asks his boss for help, but gets the cold shoulder. He then plans vengeance against the leader.

Inquirer Entertainment asked Mendoza, a regular and a favorite at the TIFF, what he still hopes to learn from his experience, this time around. The award-winning director replied: “Maybe I’m not just a favorite there; maybe they keep inviting me because they think my work is relevant. You see, the Japanese people pay so much respect to the works of artists. This is also why they chose me to become jury president (in 2018), and they organized a retrospective for me (in 2015).”

Mendoza said that, sadly, he would not be able to participate in the festival because of other commitments, “But I will be attending all the talks and Q&A sessions online.” 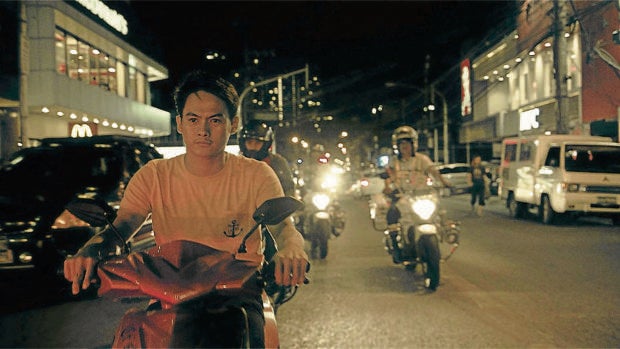 Aside from “Resbak,” which is produced by Cignal Entertainment, Mendoza’s other film, the biopic “Gensan Punch,” is part of the festival’s Gala Selection. He is also the producer of young filmmaker Daniel Palacio’s “Broker,” which will be competing in the Asian Future category.