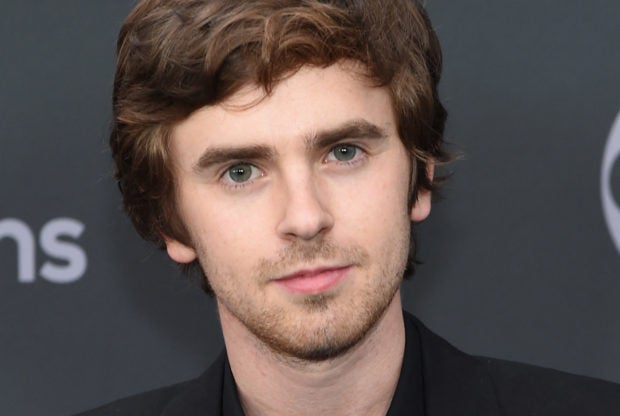 British actor Freddie Highmore has announced that he secretly got married in a recent episode of the American talk show “Jimmy Kimmel Live!”

The lead actor of the hit medical drama “The Good Doctor” revealed his marriage when the show’s host Jimmy Kimmel pointed out his wedding ring, as seen in the “Jimmy Kimmel Live!” YouTube channel last Tuesday, Sept. 28.

“Yes, I got married. It’s funny because ever since I’ve been wearing this ring, people have been asking me if I’m married so I figured I should clarify it,” Highmore said.

“I’m not going to jump up and down on the couch on a talk show and express my excitement that way. I know that you do that in America, but I’m as happy as a Brit can be,” he joked.

Highmore seemed to be referring to American actor Tom Cruise’s public declaration of love to his then-girlfriend Katie Holmes back in 2005.

Highmore added that he married a “wonderful” British woman, but did not give further details including her identity. He also admitted he was still getting used to calling the mystery girl his wife.

“I just still can’t get over the terminology and the [vocabulary]. ‘A married man’ just sounds very old and ‘my wife’ sounds very possessive, so we don’t really use that,” he told Kimmel. “[We] just wave the ring.”

Prior to his marriage, Highmore was romantically linked to “Little Miss Sunshine” actress Abigail Breslin in 2016. However, neither actors confirmed nor denied dating rumors.

Highmore is known for his roles in “Finding Neverland,” “Bates Motel” and “Charlie and the Chocolate Factory,” among others. He currently portrays Dr. Shaun Murphy in “The Good Doctor,” which recently premiered its fifth season.  /ra