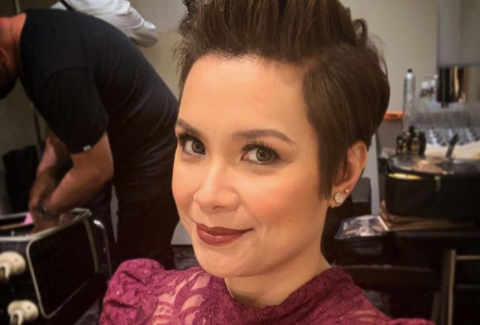 The actress-singer will be starring in the series with Sharon Leal, Elena Goode, Carly Pope and Zakiya Young, Salonga announced on her Instagram page today, Sept. 28. The news was accompanied by a photo of Salonga with her co-stars.

“The moms have descended upon the town of Millwood! And we have secrets and lies of our own (can’t let the children have all the fun)!” she said. “So excited to be part of the cast of ‘Pretty Little Liars: Original Sin.'”

Salonga will take on the role of Elodie, mom of Pyle’s character Minnie. Elodie is an “overbearing” mother who works overtime to keep her daughter safe from previous trauma. Leal, Goode, Pope and Young will also be playing mothers in the series.

“Pretty Little Liars: Original Sin” follows a group of teenage girls who find themselves tormented by an unknown assailant. They are being made to pay for “the secret sin their parents committed two decades ago, as well as their own,” the report stated.

The reboot series is based on the young adult book series by Sara Shepard. Roberto Aguirre-Sacasa and Lindsay Calhoon Bring are the show’s screenwriters, while Lisa Soper will direct the first two episodes. A premiere date is yet to be announced.