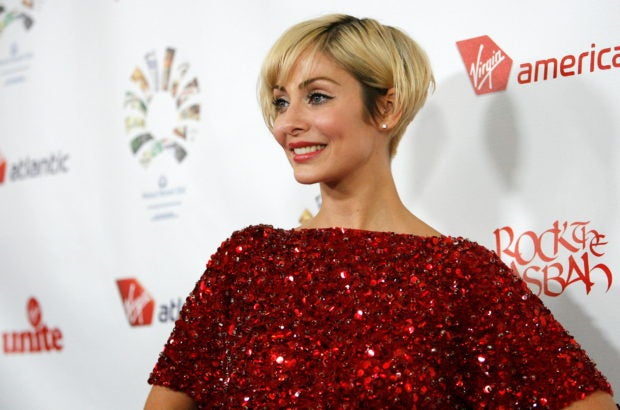 LONDON — Natalie Imbruglia thought audiences might throw tomatoes at her when she first started out in the 1990s, but more than 20 years later the Australian singer-songwriter is still making music, releasing her sixth studio album on Friday.

“Firebird” is Imbruglia’s first record of original music since 2009. It was written before the COVID-19 pandemic, but mostly recorded during lockdown in Oxfordshire, England, where she lives.

“I just feel so excited to have a body of work that is so personal to me but that I’m so proud of,” the 46-year-old said in an interview.

“I had writer’s block for so long,” she added. “I just want people to hear the album. I just can’t wait.”

Her lockdown recording sessions were a blessing in disguise, Imbruglia said, as she could tweak her work more than usual and spend time with her son Max Valentine Imbruglia whose birth she announced via Instagram in October 2019.

“I was a new mum at the period of time where you don’t really want to be leaving your child so it kind of was brilliant because I could record a vocal and go and have a cuddle and then come back,” she said.

During her pregnancy, Imbruglia shared that she conceived with the help of IVF and a sperm donor.

“This is about – women have a biological clock. This is about – some people aren’t lucky enough to find the right person or they did and then they’re divorced,” she said of her decision to become a solo mum.

“Life happens, how it happens… I think it’s important that women… know that they’re not alone… they have choices… Family should be whatever you want family to be.”

Before going into music, Imbruglia made her name in the 1990s playing Beth Brennan in the hit soap opera “Neighbours.”

“I remember just before the (first) album came out thinking… I’ve been on a soap, everyone’s going to give me a hard time. If I do a gig, people might throw things at me… I actually thought of tomatoes,” she said.

However her debut single “Torn” was a huge hit topping airplay charts around the world.

Reflecting on that time, she said: “I just look like a rabbit in the headlights, a little bit terrified, but it was extraordinary… I did have… the spiritual understanding that… this might not happen again, so I did enjoy it.” JB