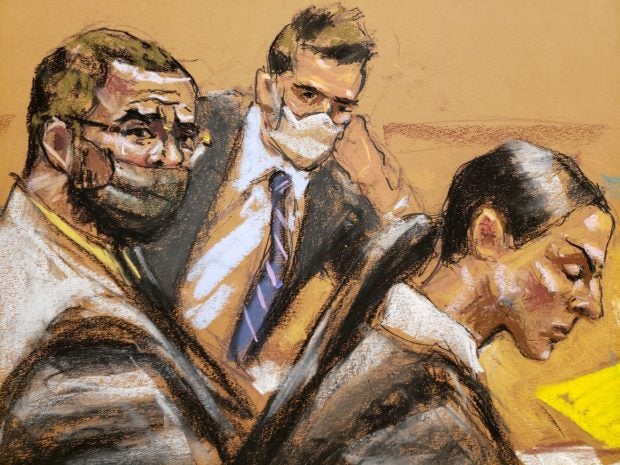 NEW YORK — R. Kelly’s sex trafficking trial entered the homestretch on Tuesday, with the presiding judge forecasting that closing arguments could begin the next day and jurors could soon deliberate the R&B star’s fate.

Kelly, 54, has been on trial in Brooklyn federal court since Aug. 18 on charges he preyed on women and girls he lured into his entourage as far back as the mid-1990s.

The singer, whose full name is Robert Sylvester Kelly and is perhaps best known musically for his 1996 Grammy-winning song “I Believe I Can Fly,” has pleaded not guilty to charges of racketeering and illegally transporting people for prostitution.

Prosecutors spent 4 and 1/2 weeks offering testimony from several accusers, including women who claim they were underage when Kelly abused them, and people who worked for the singer. They have sought to present Kelly as an intemperate predator who used his fame to attract admirers he would later coerce into unwanted sex.

Several witnesses have said Kelly also punished victims for breaking his rigid rules governing such banalities as when to eat or go to the bathroom, or who to look at or speak with.

Four witnesses have testified for Kelly since his defense began on Monday, in an effort to show jurors that people Kelly employed knew nothing of his alleged abuses.

Two more witnesses may testify on Wednesday, including a friend of Jerhonda Pace, the first accuser to testify at the trial.

Kelly is not required or expected to testify. His alleged victims also included the late singer Aaliyah.

One of Tuesday’s witnesses was Jeff Meeks, who told Kelly’s lawyer Calvin Scholar he never saw women locked in rooms or banging on doors in the approximately 15 years he worked for the singer in several roles, including at his studio.

Federal prosecutor Maria Cruz Melendez countered by trying to show jurors Meeks wasn’t ignorant of Kelly’s conduct, asking if he remembered once telling federal agents he had been “relieved” to see a girl leaving the studio.

A former accountant for Kelly also testified for the defense, saying that girls in the singer’s entourage dressed “appropriately,” and that he did not recall Kelly angrily raising his voice in his presence.

Prosecutors also showed jurors an organization chart for Kelly’s management company RSK Enterprises, which was shaped like an octopus with tentacles reaching out to people owed money by the singer, whose tax bill once reached eight figures.

Though Kelly has been dogged by abuse accusations for nearly two decades, his music career stalled only after scrutiny increased during the #MeToo movement, and after Lifetime aired the documentary “Surviving R. Kelly” in January 2019.

Kelly has been jailed for more than two years, and also faces sex-related charges in Illinois and Minnesota. JB