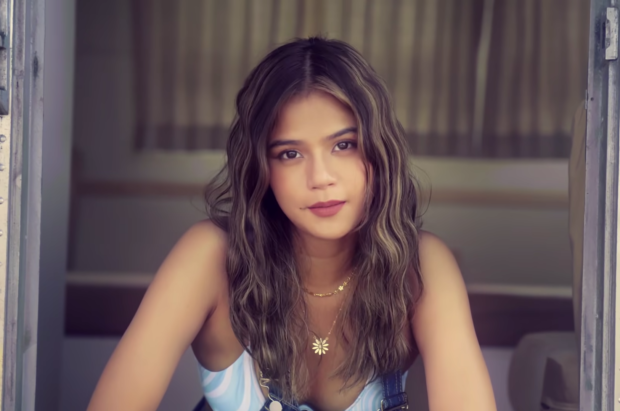 Maris Racal proudly showed off her Bisaya roots in her new pop track “Asa Naman,” which she co-wrote with her boyfriend, singer Rico Blanco.

The official music video for the song shows the actress-singer preparing for a date, only to be stood up. Racal then walks around a camper vehicle while singing about the frustration of not seeing a special someone, as seen on her YouTube channel yesterday, Sept. 15.

“Asa Naman” features Tagalog verses and a Bisaya chorus. It was arranged and produced by Blanco, who also co-directed the music video with Racal.

Racal’s choice of language for “Asa Naman” is a nod to her hometown, Tagum City, in Davao del Norte, she said in an Instagram post today, Sept. 16.

“Lumaki akong nakakapakinig ng mga Bisaya songs sa jeep at mga tricycle (I grew up listening to Bisaya songs in jeeps and tricycles) while strolling in the streets of Tagum, Davao, and Cebu. I was always amazed how they’re all so catchy and the lyrics were always witty,” she recalled.

Racal added she is grateful to have been able to contribute to the Visayan pop movement “in [her] own little way.”

Racal confirmed her relationship with Blanco last May. Prior to “Asa Naman,” the two collaborated on several songs together, such as “Abot Langit” in 2019 and “Not for Me” in 2020. The actress’ song “Ate Sandali,” which was released last June, was also produced by Blanco.  /ra

Read Next
‘Ambassador for the non-conformists’: Amy Winehouse stylist decodes the artist’s look
EDITORS' PICK
Comelec division junks petition to cancel Marcos COC for president
Acer starts the year off strong with the Aspire Vero National Geographic Edition
PH logs 37,070 more COVID-19 cases; over 33K others recover
‘Not yet the end’: Lawyer says Marcos Jr’s DQ cases to take lengthy process
The best of bayside and city living at SMDC’s Sail Residences
Over 3 Million worth of prizes to be won at Smart Padala’s SENDali Manalo Promo!
MOST READ
NBI foils escape attempt of Kerwin Espinosa, two others
Marcos camp ‘extends hand of unity’ after COC cancellation bid is thrown out
Wendell Ramos finally gets to hold his newborn for the 1st time
No vaccine, no French Open for Djokovic, says French Sports ministry
Don't miss out on the latest news and information.