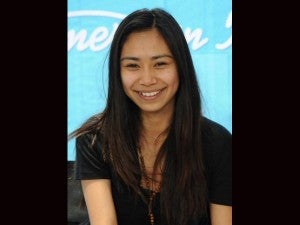 Jessica Sanchez: Uniting Filipinos around the world. Photo by FOX

The Filipino-Mexican-American—who is competing against Phillip Phillips for the right to become the new “Idol”—is galvanizing the normally splintered Filipino-American communities across the United States. Buoyed by the prospect of the daughter of a Filipina winning in the popular reality television singing competition, Fil-Ams are banding together to encourage people to vote—and to vote many times—for the 16-year-old talent from Chula Vista, California, whose father is Latino.

On Sunday, as early as 6 a.m. several Filipinos handed “Vote for Jessica Sanchez” flyers to parishioners trooping in for the 6:30 morning Mass at St. Genevieve’s Catholic Church in Panorama City, California, a city with a large Filipino and Mexican population. The Filipinos also put the flyers on the windshields of cars in the church’s parking lot.

A Fil-Am, who usually does not vote for any contestant in “American Idol,” said he was moved by the Filipinos’ zeal, so he is voting for the first time, and for Sanchez.

Sanchez, considered to be the better singer by many bloggers, reporters and TV critics covering the competition, had a significant lead over Phillips in the voting results announced by the show’s producers last week.

Her commanding lead intensified the Fil-Ams’ drive to get out the votes for her. She and Phillips will square off on Tuesday evening at the Nokia Theatre in downtown LA.

Bernardo Bernardo, the LA-based actor, performer and director, is one of the most active Facebook users encouraging people to vote for Sanchez.

He said: “There’s nothing like online popularity contests to unite Pinoys. Not too long ago, a Miss Philippines was a predictable winner in the Miss Universe’s Miss Photogenic category due to massive online voting. More recent evidence of such Pinoy cyber-unity includes CNN Hero of the Year (Efren Peñaflorida) in 2009, and the CNN Best Asian Film in History (‘Himala’) in 2008.”

Bernardo pointed out that Fil-Am support for Sanchez was unprecedented. Previous “Idol” finalists of Filipino heritage, including Jasmine Trias, who came closest to bagging the title in 2004, did not draw this much support.

“Reaction to the case of Jessica Sanchez was more primal and theatrical,” Bernardo said. “It was a case of ‘fighting for the underdog’—defending the dispossessed. The phenomenal voting campaign surge was triggered by the dramatic save by the judges on ‘American Idol,’ when Sanchez failed to attract enough votes from ‘AI’ viewers. Before this decisive moment, most Fil-Ams were probably content to watch the show quietly on TV, teary-eyed, grinning proudly and basking in reflected glory as the judges heaped much-deserved hosannas on the petite showstopper.”

Several American entertainers, including Beyoncé, Billy Joel, and “Idol” alumni Adam Lambert and Jennifer Hudson, have publicly expressed their support for Sanchez. After Sanchez’s performance of “And “I’m Telling You I’m Not Going,” Jennifer Holliday, who originally sang the powerful ballad, commented that the young contestant could be the next “American Idol.”

Prosy Delacruz, a Fil-Am community leader in LA, who writes for Asian Journal, and Jon A. Delacruz, are also aggressively campaigning for Sanchez.

“Folks are truly sacrificing, giving up an entire evening to watch Jessica and then voting for her for two hours,” Prosy Delacruz said. “It is that spirit of bayanihan—not for ourselves, but to reach one’s dream of being recognized for the talent we possess…”

Delacruz offered several reasons why Sanchez is inspiring “Jessica Fever” among Fil-Ams. “Because she is such a gifted singer who was voted off earlier by an unfair process,” she said. “Now, the unfair process is being turned on its head to benefit the best singer. Such is the movement of fairness.”

She added: “Also because Jessica is humble, and humility is a magnet for public support. She has an endearing quality of smiling even as she receives criticism. Right away, she considers the changes that need to be made, but without losing her own dignity, self-respect or innate style of singing…”

But whatever the outcome of the “AI” finals, one thing is sure: Sanchez has left an indelible mark on the hearts of Fil-Ams, and on a mural in historic Filipinotown.

Sanchez’s image was added to the colorful mural at Unidad Park in LA, as she made history as the first American of Filipino heritage to make it to the reality singing competition’s top two.

Jasmine Trias made it to the top three in Season 3 and Ramiele Malubay was No. 9 in Season 7. Last year Thia Megia wound up in the Top 11.

“Jessica was added because she is breaking racial barriers in American pop music,” said mural creator Eliseo Art Silva. “She’s an inspiration to us here in Filipinotown.”

Silva said Fil-Ams were still “seen as foreigners” and not part of American mainstream society. “Jessica is changing that because ‘American Idol’ is very much mainstream,” he said.

Silva added that Sanchez needed all the support she can muster because she is up against the “ultimate, all-American” competitor, referring to Phillips, who has a big fan base in mainstream America.

Some young Mexican-American fans helped rally support for Sanchez on Sunday (Monday in Manila) by creating signs and placards asking people to vote for the 16-year-old singing sensation.

“I want Jessica to win because she’s a very good singer and also because she’s Latina like me,” said 9-year-old Candelaria Hernandez, who waved the signs and asked other Mexican-Americans at Unidad Park to vote for Jessica.

Silva created the mural, called “Gintong Kasaysayan, Gintong Pamana” (Filipino Americans: A Glorious History, A Golden Legacy), in 1995. Sanchez’s image was added to the mural as part of a recent enhancement project.

Last week’s elimination of Joshua Ledet—through audience voting and not by the judges—set up a final showdown between Sanchez and Phillips.

Sanchez has impressed the judges from the beginning of the current season with her technical mastery of music, despite being the youngest contestant at age 16.

The finale will consist of a two-hour performance episode on Tuesday (Wednesday, Manila time) followed by a results episode on Wednesday (Thursday, Manila time). The winner will receive a recording contract. With a report from Nimfa U. Rueda, Los Angeles correspondent