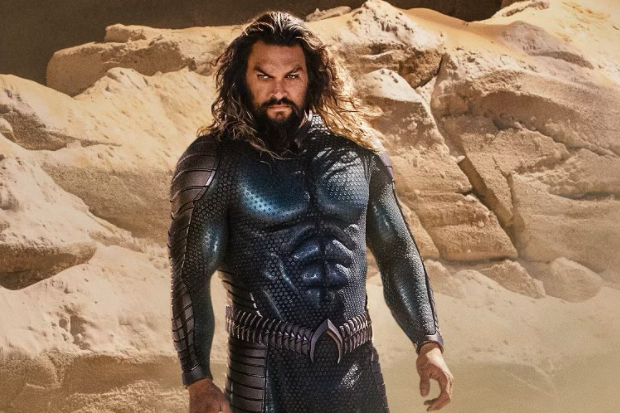 “Aquaman” star Jason Momoa will be emerging from the seas with a darker look as he showed off the new stealth suit for the upcoming sequel film “Aquaman and the Lost Kingdom.”

The actor first made a splash as the half-Atlantean in the classic gold and green suit, but the sequel will show him in a less colorful outfit, as seen on Momoa’s Instagram page today, Sept. 6.

The film’s director James Wan confirmed that the new outfit was inspired by the blue suit worn by the superhero in the 1980s comic books, he said through his Instagram page also today.

“Here’s [Jason Momoa] in the classic Aquaman suit and a sneak peek at his other outfit — the stealth suit,” he said, while also showing photos of Momoa in the two costumes. “Atlantean tech based on cephalopod’s camouflaging ability. David Leslie Johnson and I were inspired by the 80’s ‘blue suit.'”

“Aquaman” stars Momoa as the titular superhero, the son of a human lighthouse keeper and an Atlantean queen.

The sequel is slated for release on Dec. 16, 2022. It is written by David Leslie Johnson-McGoldrick, who co-wrote the original film with Will Beall.