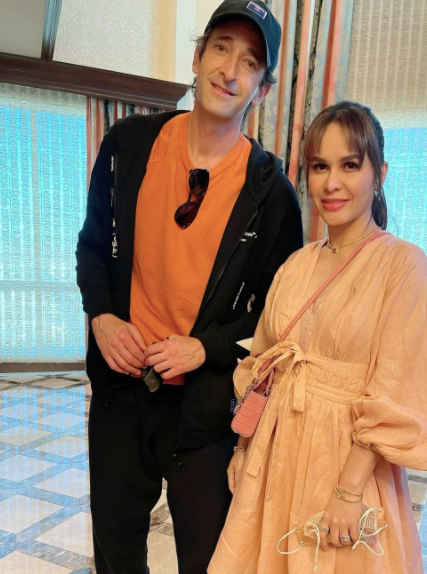 “With Adrien Brody,” Jinkee simply said as she shared her photos with Brody via Instagram yesterday, Sept. 2.

Based on her outfit, Jinkee appeared to have met Brody last month during her husband Manny’s boxing match with Yordenis Ugas. She donned the same look when she attended the fight on Aug. 21 in Nevada, USA.

Brody is most known for the classic Hollywood flick “The Pianist.” He also appeared in British drama “Peaky Blinders” and recently starred in Wes Anderson’s “The French Dispatch.”

Brody is the latest among the few foreign stars the Pacquiaos have met over the years. For one, “John Wick” star Keanu Reeves visited the Pacquiao mansion in Los Angeles back in 2015.  /ra