‘9/11: One Day in America’: Tales from the rubble | Inquirer Entertainment
Close
menu
search

20 years later, World Trade Center survivors look back at the horror and humanity that emerged from one of the darkest hours in history
By: Rito P. Asilo - Entertainment Editor
Philippine Daily Inquirer / 12:02 AM September 01, 2021 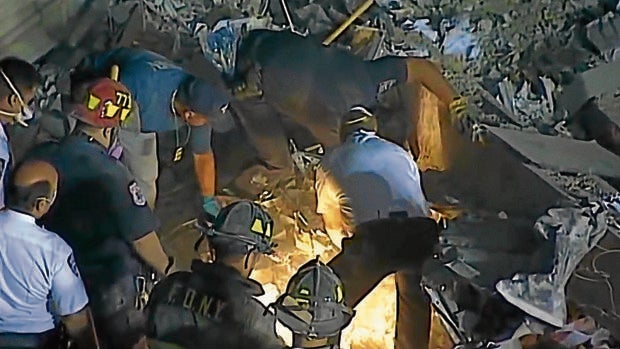 Rescue workers peer into a hole in the debris on the pile. —ETIENNE SAURET

It was an invitation unlike anything we’ve received—one-on-one chats with a fascinating caveat: “Any interviews with survivors may be canceled at any time, based on how they’re feeling.”

But knowing it would be for the six-part documentary series “9/11: One Day in America,” which premieres at 10 p.m. on Saturday on National Geographic (NatGeo) Channel, all our initial hemming and hawing connected to that “uncertainty” quickly flew out the window.

Produced in collaboration with the 9/11 Memorial and Museum, the docu marks the 20th anniversary of the series of coordinated terrorist attacks against the United States on Sept. 11, 2001.

It chronicles the events through archival footage and first-person accounts involving those who witnessed, suffered and survived the unfathomable devastation that followed the consecutive collapse on 9/11 of the South and North Towers of the 110-story World Trade Center (WTC), at the time the tallest building in New York City.

The twin towers provided nearly 10 million square feet of office space for approximately 35,000 people from 430 companies. That fateful day, 2,977 people were killed, 1,100 of them never found—and only 18 were rescued from the rubble.

At the TCA (Television Critics Association) event that we attended on Aug. 18, NatGeo executive Chris Albert clued us in on the scale and enormity of the project. The deeply immersive series honors those who provided hope during one of the most tragic days in history as it gave viewers ringside seats to the events that happened that day.

Chris shared that the production, helmed by Daniel Bogado, spent “three years to go over 950-plus hours of footage and interviews with 54 survivors and first responders, some of them speaking for the very first time.” 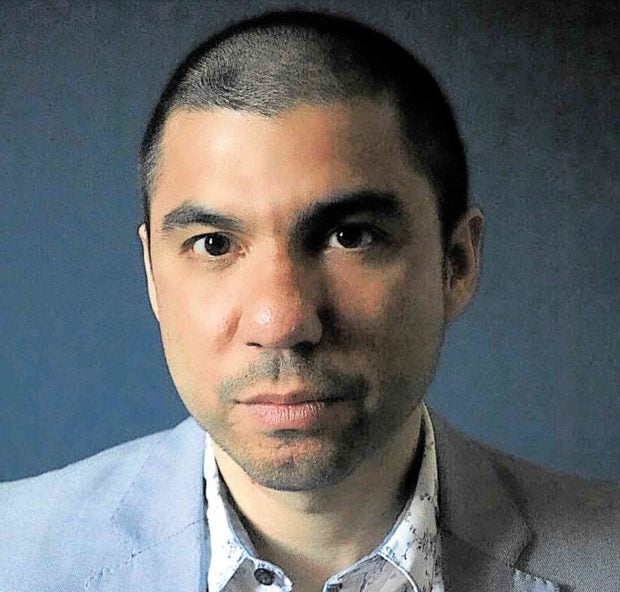 Present at the junket were Oscar- and Emmy-winning executive producers TJ Martin and Dan Lindsay; series producer Caroline Marsden; Joseph Pfeifer, former assistant chief of the New York City Fire Department; Jason Thomas, a former Marine who searched for survivors at the WTC after the attacks; and Ron DiFrancesco, who is the last known person to escape the South Tower.

Asked what he seeks to understand about that horrible day every time he watches 9/11 documentaries, Joseph—whose brother, a firefighter like him, died during the do-or-die rescue mission—says that he looks for “signs of hope.”

“As I looked at the faces of the first responders and the people in that building, not only do you see the fear of what was taking place, you [also] see people trying to get out together,” Joseph recalled. “That’s what we see in this documentary—stories of people caring for one another.”

In Jason’s case, he said he tries to avoid “revisiting” that day because of the staggering “amount of death. I stay away and take a step back, unless it’s a couple of days before 9/11—the only time when it’s so hard to pull myself away from it.”

What makes the six-hour viewing experience feel even more intimate is the team’s collective decision not to focus so much on the politics of it.

“More than anything, the intention of the series was always to highlight the humanity of that day,” Dan said. “We thought of eschewing the geopolitics of it and focus instead on the people who were there and their personal stories.” 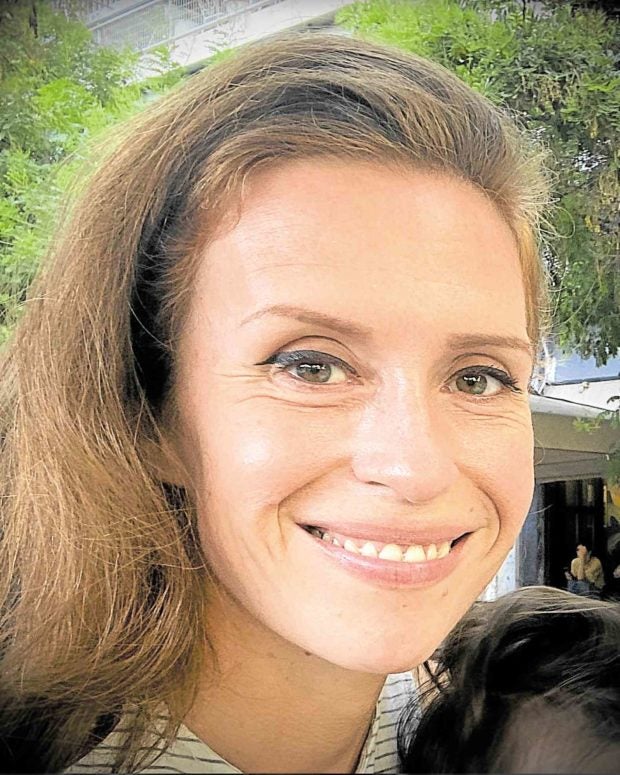 Caroline agreed, “Very early on, I realized that my memories of it paled in comparison to any of the experiences of the people we were interviewing. And I remember a news photographer telling me, ‘I’m not the sort of photographer who shoots the headline. But I wanted to capture how this was affecting people on an emotional level.’ That really stuck with me and sums up our approach.”

“The primary goal is for us to get out of the way and create a conduit for those who experienced it first-hand,” TJ reiterated. “It is to look at human resilience and fragility—and everything in between that space. That, for us, felt distinctly different from anything else we’d seen on 9/11.”

Later that day, we spoke to Emmy-winning director Daniel Bogado and survivor Kathy Comerford (from the 70th floor of the South Tower) for this exclusive two-on-one interview.

Here are excerpts from our midnight chat with Daniel and Kathy:

Daniel, I heard at the TCA that it took you three years to complete the series. Did you envision the same film that you ended up doing?

Daniel: I’ve been making documentaries for 15 years now. “9/11: One Day in America” was the idea of David Glover, who runs a production company called 72 Films. We met, and I was very fortunate to be drafted the director’s job.

When you’re making documentaries, it always has to be a journey. You can’t say you know exactly what the end result is going to be because, if you do, you’re closing off the possibility of discovery, of extraordinary things happening right in front of the camera.

It was a long process of going through a series of edits, often through trial and error, to see what works and what doesn’t. But we had such a brilliant team of editors, producers and consultants to help us pull it off. This was such a privilege.

Kathy, I was so moved by your vivid recollections, as well as the stories of other survivors—like the go-getting lawyer Frank Razzano and ex-paramedic Chuck Sereika, who at the time was struggling with drug and alcohol addiction, and how the events in 9/11 changed their lives forever. In your case, how did that experience change your life?

Kathy: That’s a good question. It has made me thankful. It has made me want to pay things forward. I feel I was spared for a reason, whether it’s to be a mother and a wife, or to be involved with different organizations that I volunteer my time with.

I have always felt compelled to tell my story, so people can honestly hear what went on without any noise or filter. And I feel it’s my mission to keep the memory, not only of those who perished, but also of those who survived and those who have lost loved ones. 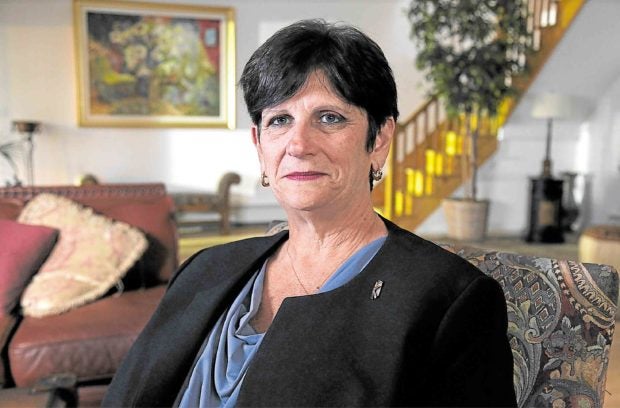 I don’t know why I was spared. I always say that if you turned left or you turned right, that could have affected whether you came home or didn’t. So, I live every day thankful for the opportunity to see my children grow, and for the chance to share the story of humanity that came through that day.

Did you reach out to other survivors?

Kathy: Yes, I worked for a company that lost so many [people] that day because we were the largest tenant in the building. We actually have a very strong network, even though a lot of us have gone off to pursue different careers.

We’re planning a 20th anniversary reunion on Sept. 18, where about 120 people will be joining us. They’re either survivors, or people who lost a family member. We get together from time to time, and it’s been great!

In the last few months, we’ve been on a Zoom call every Monday, just reconnecting with each other. It allows us to feel grounded or catch up. We don’t necessarily talk about what happened that day. It allows that day to have its place but, at the same time, it also lets us relive our fun times and the careers we had there.

There’s something about the series that easily transcends the tragedy it depicts—it tackles stories of hope, inspiration, grief and heroism. Daniel, at which point did you decide to approach the tone and focus the documentary eventually took?

Daniel: David wanted the most compelling and extraordinary stories. He said that the final point of the documentary is that viewers will see the best and worst of humanity.

When you do a documentary, your first commitment is always to tell the truth, to show the reality of what happened—you need to report that, whether it’s convenient or not. As soon as we started doing our research and spoke to as many people as possible, it immediately became very clear that the stories of hope and heroism highlighted in the series were not exceptions—they were the rule!

There were hundreds of other stories that we could have selected, so picking just a small number that would end up in the film was the challenge. But choosing the stories wasn’t a difficult decision because, as Kathy astutely noted, there was something in the air that day. People were looking out for each other—and that overwhelmingly comes through in our stories! INQ“

Attack on Ukraine would be costly, NATO warns Moscow