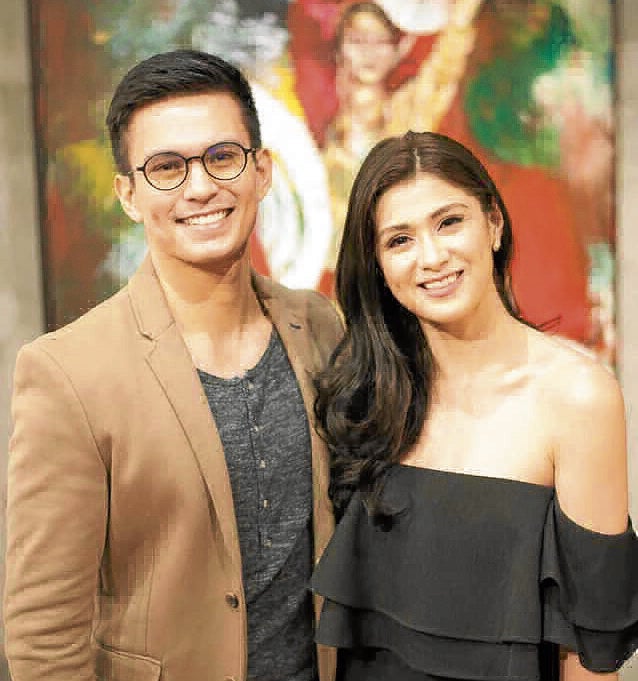 Starting a family is one of Tom Rodriguez and Carla Abellana’s immediate plans after marriage. Would he prefer his wife-to-be to take a break from show biz to focus on motherhood? That decision, he stressed, is only hers to make.

“It’s up to her. I feel like she would want to focus on motherhood. But at the same time, her love for her craft is something that I can’t take away from her,” Tom said in a recent virtual conference for the GMA 7 primetime series “The World Between Us,” which will take a season break after its Aug. 27 episode.

During Tom’s career lows, it was Carla who reignited his passion for acting. So, making her give up show biz, he said, would be “unfair.”

“Carla was already an artist when I first met her, and that’s part of her that I love. She was one of the people who inspired me in times when I felt like giving up … when I didn’t trust myself. Why would I make her stop? That’s unfair. She revived my passion. Why would I kill hers?” he said. “I don’t want to pressure her into anything.”

Should they get blessed with a baby, Tom said he would be more than willing to take charge if needed. “It just so happened that we’re both working right now. But we have also experienced taking turns. If she has to work and I have to take care of the baby, no problem,” he said. “We will adjust to whatever life throws at us.”

Tom and Carla are set to tie the knot on Oct. 23 at the Madre de Dios Chapel in Tagaytay Midlands. Planning has been quite the challenge, Tom admitted, not just because of the pandemic-related restrictions but because they both have to stay in taping bubbles for their respective series, “The World Between Us” and “To Have and to Hold.”

And because their breaks in between and quarantine periods don’t match, the couple might as well have been in a long-distance relationship for the past five months. “I think we won’t see each other until a few weeks before the wedding,” he said.

“It has been hard, that’s why I’m in awe of Carla. She doesn’t have an assistant with her in her taping bubble. There’s no one to help her. But despite that, she remains focused on planning our wedding. I help her because I don’t want her to tire herself too much. Unfortunately, my suggestions are always sablay!” he said, laughing.

Tom and Carla rarely get into arguments. But it’s true what they say, Tom said—the bridezilla can appear once in a while.

“Carla is the kindest person. When people warned me about bridezillas during the marriage planning period, I didn’t believe it. But then I realized that it’s true. First time niya ako mapagalitan,” he quipped.

And it was entirely his fault, he must admit. “When we have to organize details, Carla would work on her Excel files and they’re all done neatly and accurately. I, on the other hand, didn’t really know what was happening, and I forgot to input some items,” he said. “My fault!”

For now, the scheduled wedding is a go. But because of the uncertainty regarding lockdown classifications, Tom and Carla have been busy coming up with contingency plans.

“I have family members in the United States who will not be able to fly here. My sister, for instance, has been recovering from COVID-19 and she has to wait for two months before getting the vaccine, so I’m not sure if she will be able to make it in time. My mom really wants to go, but I’m also having second thoughts,” he related.

“Do I want to risk her safety, with the Delta variant going around and all?” Tom said. “So we have to make sure that everything’s in order. We hope to do what needs to be done soon.”