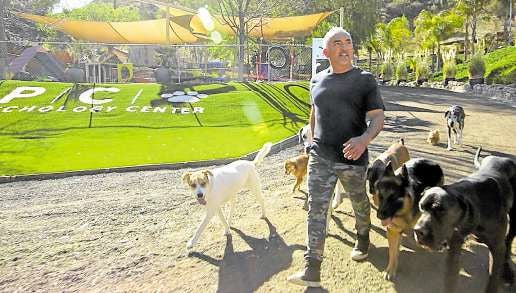 Millan at the Dog Psychology Center

“You know, some people think that I’m Filipino,” renowned dog behaviorist Cesar Millan told us when we mentioned to him in passing during our one-on-one chat that the Philippines would be placed in another two-week “hard” lockdown (enhanced community quarantine) an hour after our late-night Zoom chat began last Aug. 5.

While explaining the idea behind “Cesar Millan: Better Human, Better Dog,” his latest series for National Geographic Channel that launches at 9 p.m. on Wednesday next week, Cesar said it was easy for him to relate to the difficulties we’re facing, because he himself had to hurdle seemingly insurmountable odds before finding a measure of success.

The Emmy-nominated TV host, who’s turning 52 years old tomorrow, knows whereof he speaks. In fact, for someone who illegally crossed the border into the United States at age 21, the Mexican-born dog whisperer and owner of the 17-hectare canine haven called Dog Psychology Center has certainly come a long way.

“The world has become so uncertain and chaotic because of COVID, right?” he noted. “That is part of what the series is about. The world needs to learn a different way to live. We need to get better as humans—to continue to create, trust, love, respect, show affection, practice mental stimulation and exercise. These are things we can do, even if we don’t have money.

“I come from poverty. And [learning to deal with] that makes me feel spiritual. As long as you don’t lose your focus and passion, you can go through anything.

“People need to take charge and work on their energy, because, like the sun, that’s free. It’s available to everybody. [I’m saying this because] your dog is going to reflect your energy. This has nothing to do with money, fame or power, my show is for the whole world.”

Cesar grew up working with animals on a farm where his grandfather was a tenant farmer in Sinaloa, Mexico. Even then, he knew he wanted to take care of dogs, even if he didn’t have enough resources to go to veterinary school.

Asked at which point in his life he realized he wanted to pursue a career as a dog behaviorist, Cesar took us on a stroll down memory lane. “When I was 13 years old, I wanted to be a dog trainer and work around animals. I wanted to be a vet, but I don’t come from a family with money, so I had to find a different profession. What I didn’t know then was the possibility of creating one. That kid—me—has made [that profession] available to the whole world. 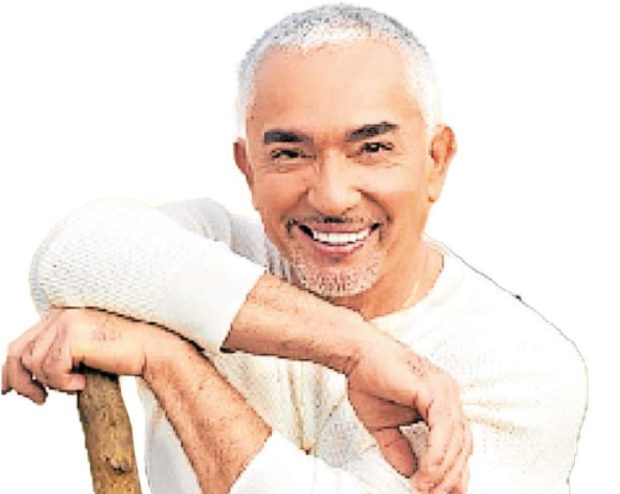 “Now, kids want to be dog whisperers. You can be a dog walker, groomer, trainer, behaviorist, and you can babysit dogs. It has become a profession!”

In the screener we saw before the interview, Cesar is seen helping retiree Judy Hernan deal with Shadow, her beloved but frustratingly hyperactive Australian Kelpie.

The bond between Judy and her canine ward is indubitably strong. But the duo’s daily strolls around the neighborhood often look like a tug of war that sometimes puts less-than-agile Judy in harm’s way. Worse, she doesn’t know how to bring Shadow’s excitement into a calming state.

Just as big of a problem is the 3-year-old pooch’s obsessive behavior—Shadow becomes wild and aggressive when he sees… bricks! What to do? By the end of the episode, Judy realizes she has as much behavioral adjusting to do as Shadow does!

Another important lesson viewers are reminded about: You don’t always get the dog you want, but the dog you need.

“It’s the same with humans,” quipped Cesar. “We have to be compatible with the friends we keep and the people around us. You can choose your friends, but not your family (laughs). For instance, there are three levels of energy—low, middle and high—and I always choose the middle. When you and your friends share the same energy, you’ll get along well because it’s a match.

“That is also what happens when you get the dog you need, instead of the dog you want. You’re able to give the kind of patience and empathy the relationship requires—it’s inside of you!

“So, God—or the universe—sends you the dog you need, so you can become a better version of yourself. If a dog challenges and enhances your life, that means you got the dog you needed. It’s as simple as that.”

When is a case most satisfying for Cesar?

“Without a doubt, it is when kids are involved,” he said. “Every single case makes me better at what I do, but I must also say that it’s very important for the next generation of human beings do the right thing—like cleaning the oceans, etc.—because their elders were the ones who polluted them! So, to me, it’s very satisfying to see children grow a conscience.

“When I’m working with an aggressive dog, I’m also working with his owner—a human who could be very frustrated or sad. In one of the first episodes, I worked with a dog owned by a guy whose mother just passed away. Thereafter, he developed a tumor in the eye that later had to be removed. Then, he had a car accident. That’s three catastrophes happening one after the other! With all that grief, worry, fear and sense of uncertainty, I had to help him build himself back up.

“Rehabilitating a dog is easy, but building the human spirit back—there’s hardly anything more satisfying than that! I didn’t go to school and get a degree in psychology, but I can help [broken] humans get back on their feet again. That’s more satisfying than you can imagine.”