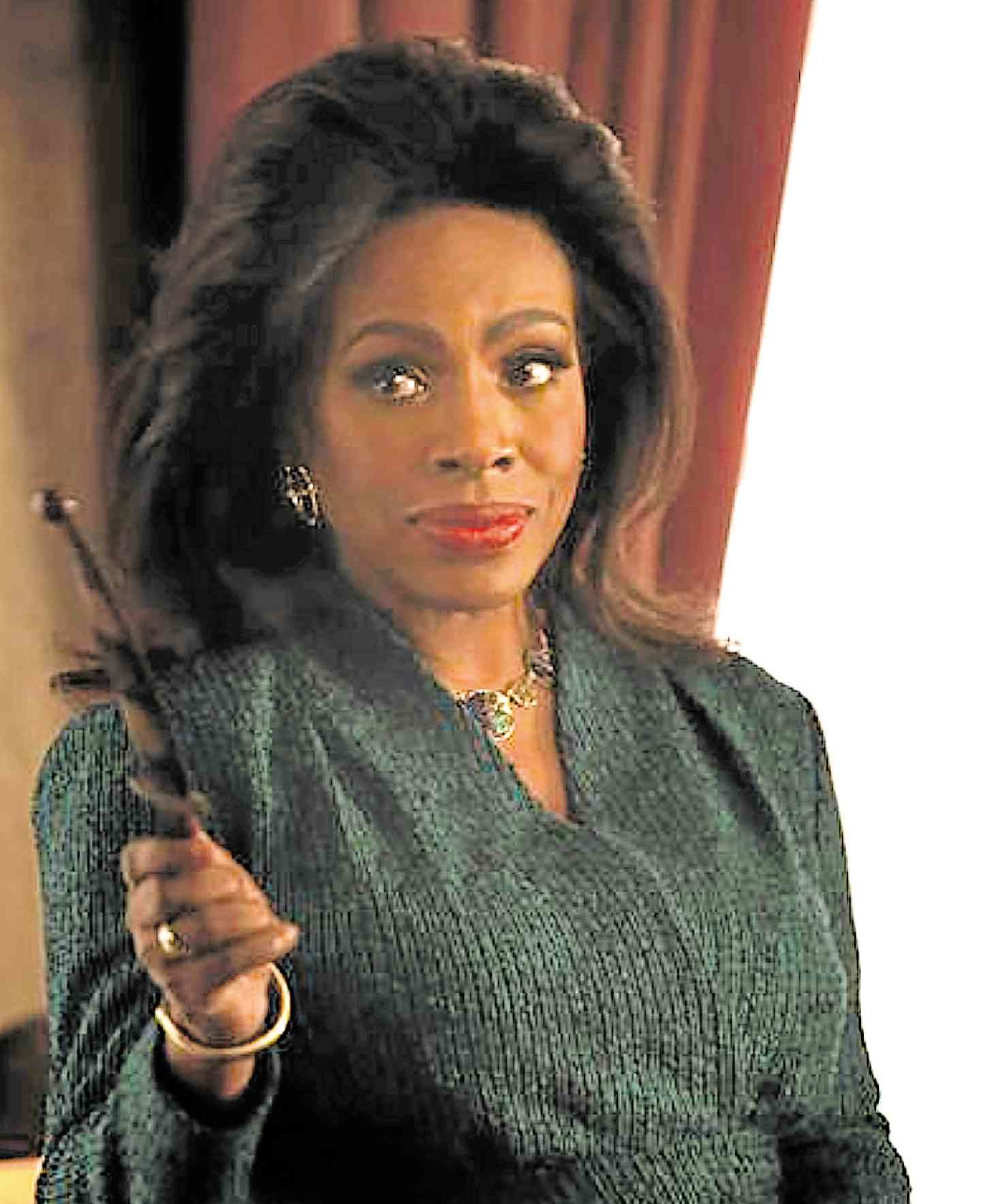 It’s been 40 years since “Dreamgirls” first captured theatergoers’ imagination on Broadway. But Tony-nominated theater stalwart Sheryl Lee Ralph, who originated the role of Deena Jones (portrayed by Beyonce in the 2016 film) opposite Jennifer Holliday’s Effie White and Loretta Devine’s Lorrell Robinson in the Henry Krieger-Tom Eyen musical, continues to call the shots—and loving every minute of it!

Indeed, Sheryl “ain’t goin’ anywhere” anytime soon. For instance, in the TV series “Motherland: Fort Salem,” which wraps up Season 2 on Freeform (freeform.com) at 10 p.m. ET/PT on Tuesday, the 64-year-old actress even rules the tantalizing world of women and witches, as US President Kelly Wade.In the Philippines, the show’s season finale will be aired at 9:45 p.m. on Thursday on Blue Ant Entertainment. For added context, we urge you, dear readers, to revisit our features on “Motherland” lead stars Ashley Nicole Williams (last June 22) and Jessica Sutton (on June 29).

The lovely, elegant and adorably feisty Sheryl, who’s also known for her activism, was a sight for sore eyes when we spoke to her for this exclusive interview last Friday. Asked what she found most satisfying about the hot-button issues being tackled in the show, Sheryl said, “I love the fact that we have a TV show about women who love themselves in totality—women who love men, women who love women. “Even better, our show has a huge and growing audience who loves them, just the way they are! And I appreciate that a lot, because there was a time when people said you can’t see that on TV, nobody wants to see that … But look where we are now.”Before “Motherland: Fort Salem,” Sheryl worked with showrunner Eliot Laurence in the series “Claws.” But while she was flattered by the offer, the actress admitted she was a little taken aback when she was approached to play the US President in the series.

“I was like, ‘How in the world am I going to do this (laughs)?’” she said. “I’m very fortunate and blessed that Eliot chose me for this role. ‘Claws’ was another female-driven series, fueled by the idea of empowering women, where I played this Haitian woman called Madame Ruval. “Till ‘Motherland,’ I can honestly say that I’ve never gotten a script where I didn’t have to say to anybody, ‘Look, I think we need to change this or that.’ But here, the only thing I thought he should have changed was my name. I wanted to be called president Michelle (laughs)! Other than that, it’s all right there on the paper, and all I have to do is deliver and rise to the challenge!

“It’s been great. I am so thankful not to have ever been stereotyped in my career. I’m grateful that this show has brought in a whole other segment to come into my fanbase, and you can see when it’s happening on your social media … when the numbers start going up and up—1,000 or 2,000 at a time—and you’re like, ‘Whoa!’ I’m doing what I love, and I get to act in a great show that I believe in.”Sheryl was a joy to talk to—as affably quotable as any actress we’ve spoken to. She could switch topics at the drop of a hat—from the dynamics of live singing between “Dreamgirls’” Effie and Deena and winning best supporting actress (for the movie “To Sleep With Anger”) at the Independent Spirit Awards, to actors earning less and less during the pandemic (“There may be more roles these days, but the money is starting to get smaller and smaller, while big business is starting to make more and more”).

Excerpts from our Q&A with Sheryl:

Not every actor in the biz can act and sing. But which of the two skills do you find more satisfying and challenging?

OK, it’s interesting because just about everybody in the cast of “Motherland: Fort Salem” sings. Everybody’s got a different kind of voice—which is amazing, because that’s really a part of the show itself. I don’t think that Elliot knew that, per se, but it’s interesting when you talk about the fact that the show is all about the women’s voice and how their enemies want to silence that by killing them. For me, I really prefer acting, even though I do sing. But even when I’m singing, I’m also acting. You know, when I was doing “Dreamgirls” on Broadway, somebody said that I had such a tiny voice. But another person said, “No, she’s acting—because her true voice is so much bigger.” To play the role of Deena, she has to have a smaller, more wispy voice, because Effie’s voice is big and booming, like church or gospel singing. Deena, on the other hand, is quite the Episcopalian (laughs)! I’m acting all the time, so my singing is always a performance. Some people are real vocalists, while I’m a performing artist. I do love acting! Oh my God, I love being on center stage—that’s my home.

There was an actress who died during a performance on Broadway. She went up, did a great acrobatic turn in this musical, then came down and died. And I was like, “Yeah, that’s the way to live and die in show business—right onstage!”

Which character in “Motherland” resonates with you the most?

I have to say it’s General Sarah Alder (Lyne Renee). She and my character president Wade are always in each other’s faces. And as much as I like Lyne, I can’t stand General Alder! She has made my life difficult as the president, challenged me as a woman, and she doesn’t mind abusing her power. But when you’re given great power, you should handle it much better! You see, what I dislike in her is something that I hope doesn’t rise up in me as the president.

Why has your career been focused on television more than films?

For a good part of my career, the opportunities for black actresses just were not available. From my very first film (1977’s “A Piece of the Action”) at age 19, when I first came into the industry, it took about 10 years between the next role (“The Mighty Quinn,” with Denzel Washington) that I would fit in that wasn’t “The Wiz,” which was for Diana Ross. Within that time, that was it—it just wasn’t there.

But when I was offered some movie roles, like the one in Charles Burnett’s 1990 film “To Sleep With Anger,” I was able to win best supporting actress at the Independent Spirit Awards. There’d be more had there been other opportunities like that. So, I’m hoping to do more films now.

Which of Kelly Wade’s characteristics do you want to have?

I’m fortunate to be able to work through these very different characters. There’s probably something in me that I’m able to give to her, but when I’m done with the president, I want Kelly Wade to stay over there (laughs). I don’t want her or any of her stuff coming with me. I prefer my own kind of strength, because Kelly seems like one of those people who could really hurt you, and I’m like, ‘Hmm…’ But it’s all part of the job, because she’s the President of the United States. I like her a lot, but the first time I read her, I was like, “Oh, my God. What is this?!” Because I started becoming the character: My voice dropped. She doesn’t smile. She communicates through her eyes. She doesn’t mind getting in your face, and she has the guts to hiss [back] at the biddies (laughs)—and they aren’t used to that! I looked at my face and I was like, “God, please tell me I don’t look like that!” It’s spooky!