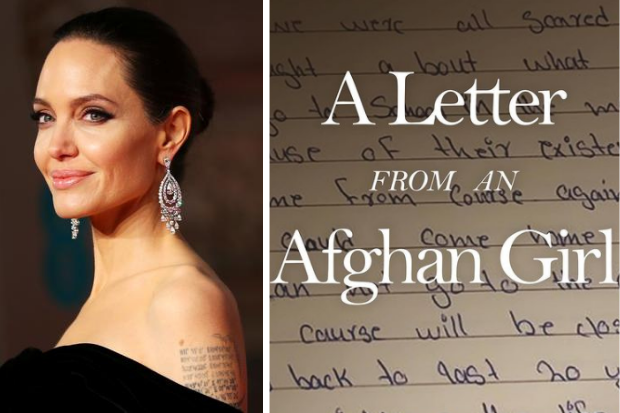 Angelina Jolie launched an Instagram account Friday, in what appeared to be the actor-producer-director-activist’s first-ever social media presence. She joined Instagram to call attention to the plight of people in Afghanistan – and specifically women and girls – following the Taliban’s rapid takeover of the country.

Jolie’s viral first Instagram post included an image of a hand-written letter she said was sent from a teenage girl in Afghanistan, who expressed fear about attending school under the Taliban regime.

“Right now, the people of Afghanistan are losing their ability to communicate on social media and to express themselves freely,” Jolie wrote in the caption of the post. “So I’ve come on Instagram to share their stories and the voices of those across the globe who are fighting for their basic human rights.”

Jolie picked up more than 4.4 million followers after she joined Instagram on Friday. Within four hours, her first post had more than 700,000 likes. Her account currently follows just three others: the NAACP, Doctor’s Without Borders and UNHCR, the UN Refugee Agency. Her Instagram bio reads: “Mom, filmmaker, Special Envoy for UN @refugees.”

“It is sickening to watch Afghans being displaced yet again out of the fear and uncertainty that has gripped their country,” Jolie wrote in the post. “Like others who are committed, I will not turn away. I will continue to look for ways to help. And I hope you’ll join me.”

In the letter that Jolie shared, the girl – whose name, location and other details are digitally blurred out – writes that after the Taliban took over “we are all afraid of them, and we think all our dreams are gone. We think our rights have been violated.”

“One day they come to our house and we were all scared,” the anonymous girl’s letter continues. “And after that day I thought about what kind of time I should go to school in the morning in this situation, because of their existence, or when I came home from course again, the air was dark, but I could come home very easily, but now I cannot go to the course easily.” The letter closes with this: “We all lost our freedom, and we are imprisoned again.”

Until now, Jolie has resisted joining social media. “I’m not on Facebook, and none of my children are on Facebook. Nobody’s even asked to be,” she said in a BBC Radio 4 interview in 2018. She also does not have an official Twitter account.

Jolie will next be seen in Marvel’s “Eternals,” set to premiere Nov. 5. Among her acting awards, she won an Oscar for supporting actress for her role in “Girl, Interrupted.” IB

How did the Taliban take over Afghanistan so quickly?