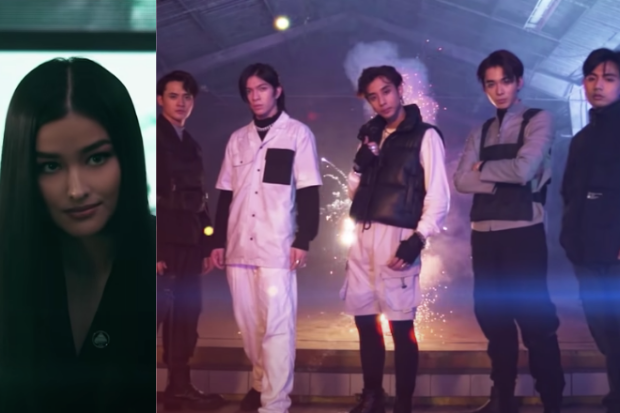 Liza Soberano and BGYO in the music video for “The Baddest” (Images: screengrab from YouTube/BGYO Official)

P-pop group BGYO is treating fans once again to a new track, titled “The Baddest,” along with a music video featuring Liza Soberano.

The super spy-themed music video follows the story of the five members of BGYO – Gelo, Akira, JL, Mikki and Nate – as secret agents fighting what appears to be a dragon.

The music video, produced by Youmeus MNL, premiered via the BGYO Official YouTube channel yesterday, Aug. 20. Performed by BGYO, “The Baddest” is composed by Tha Aristocratz and TC Mack.

In “The Baddest,” Soberano appears as Bb. Haliya, the leader of the Ace Elite Secret Service who recruits the BGYO agents by the end of the video.

The song has since made it to several music charts, according to Star Music PH. “The Baddest” was included in local Spotify’s RADAR and New Music Friday lists and grabbed the No. 1 spot in the local iTunes Charts.

BGYO describes itself as “a 5-member Filipino boy group who aspires to share their passion and talent to the world.”  /ra