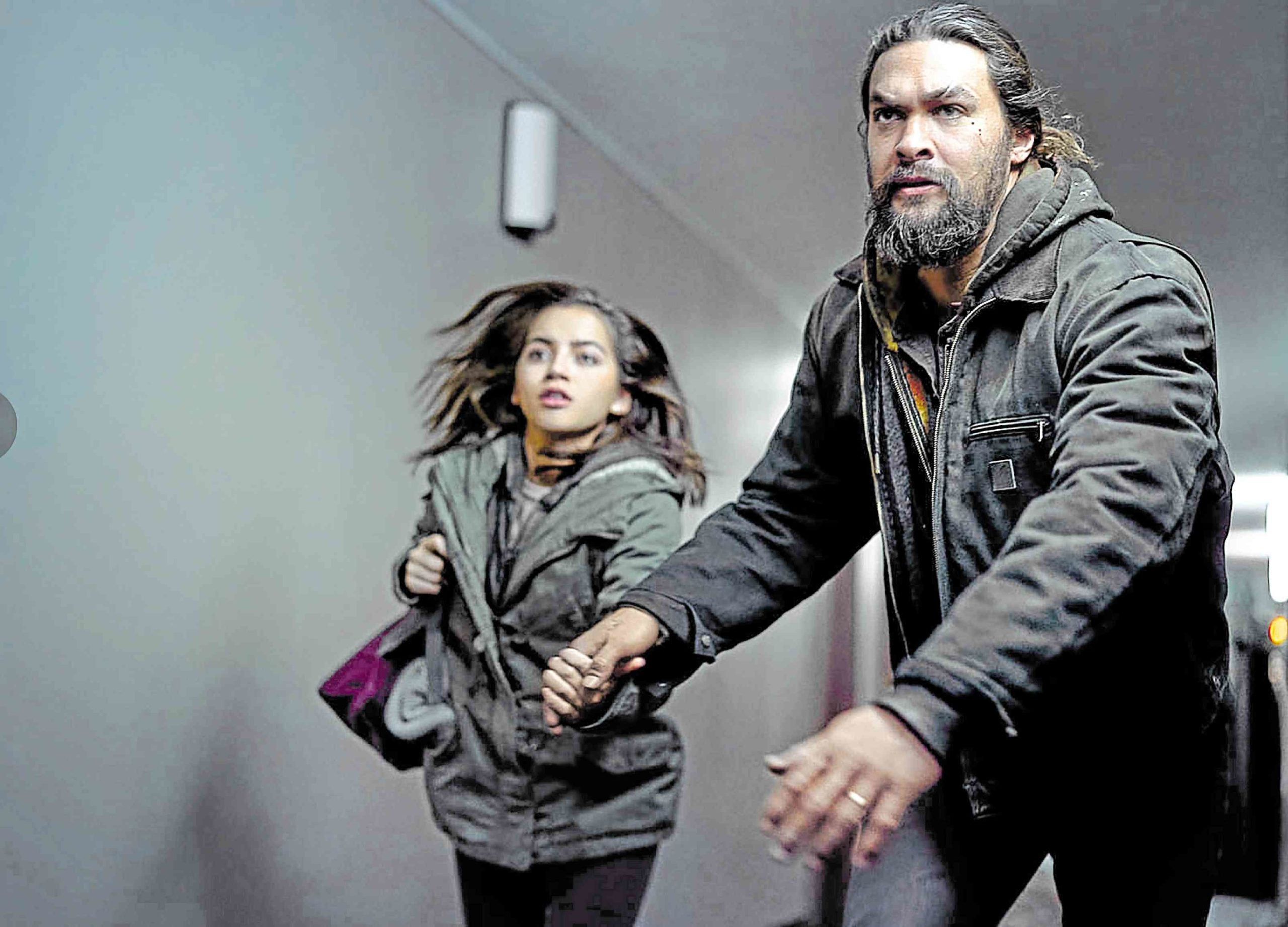 With Isabela Merced (left) in scenes from “Sweet Girl”

Is Jason Momoa as cool as he looks? Way cooler, we must say.

In fact, when we spoke to the 42-year-old actor behind such portrayals of Aquaman (“Justice League”), Khal Drogo (“Game of Thrones”) and Duncan Idaho (in the upcoming “Dune” remake) last week, we found it instantly gratifying to be around such grounding, towering presence. The chat was for his latest action-drama film “Sweet Girl,” which launches on Netflix this Friday.

After all, while the 6-foot-4 tall former Model of the Year winner rose to fame playing larger-than-life characters, there was nary a hint of movie-star attitude in the soft-spoken vibe he emanated throughout the fun interview.

He even admitted to us that, all throughout his eventful career, he got along very well with all his coactors—except for one costar! And, like the cherry on top, Jason answered every question with a warm and welcoming smile, each intoned with that manly baritone voice.

In “Sweet Girl,” Jason plays devastated husband Ray Cooper, who vows to bring justice to the people responsible for the needless death of his sick wife Amanda (Adria Arjona). Taking matters into his own hands has dire consequences, however—because it also puts the life of his only daughter, 16-year-old Rachel (Isabela Merced of “Dora and the Lost City of Gold” and “Transformers: The Last Knight”), at risk! 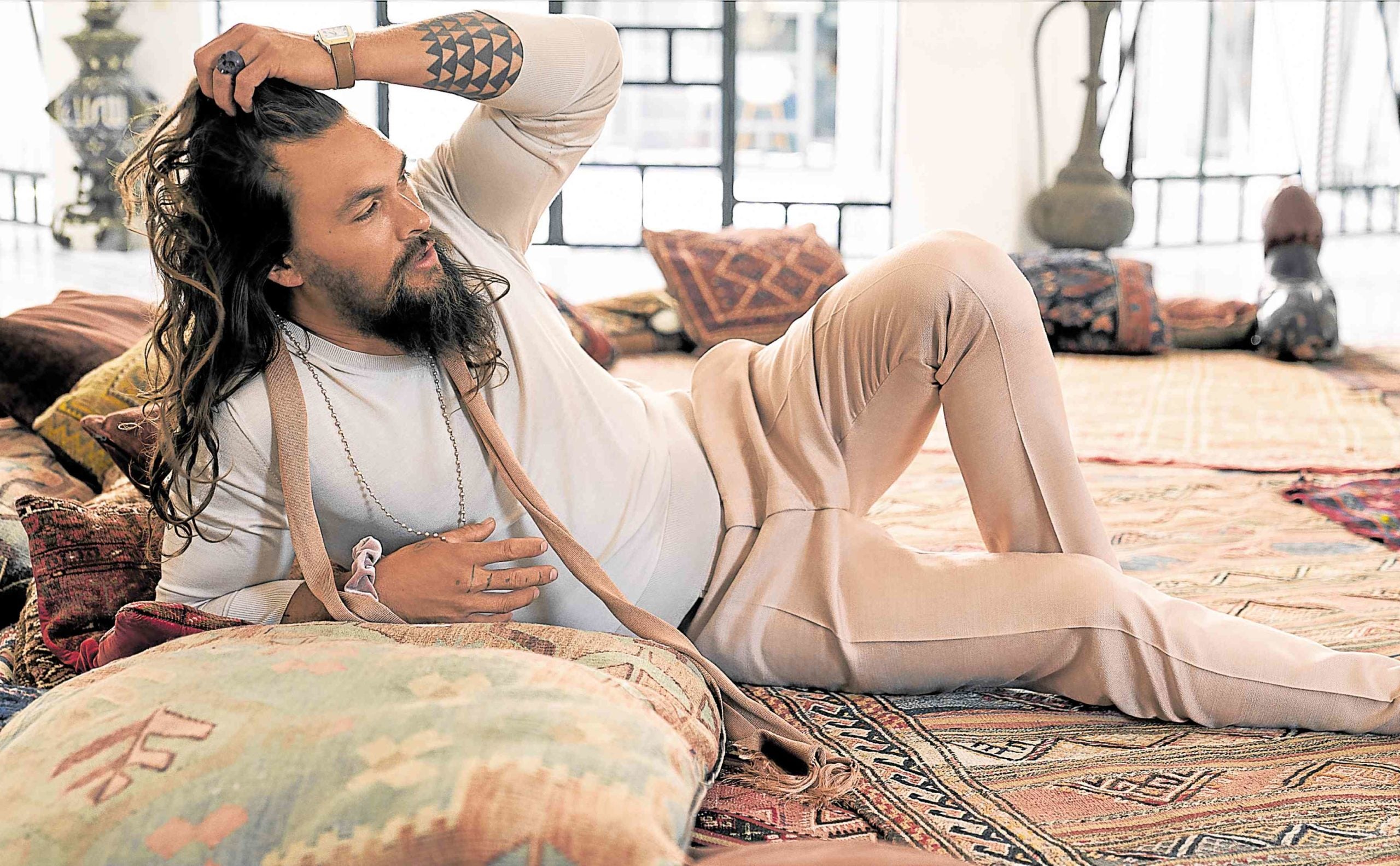 So, it wasn’t so hard for the actor to channel his emotions and experiences as a dad, even if his character’s life-or-death dilemma and the instinct to protect his loved ones were understandably more heightened than his own.

“I try not to bring my kids into any role that I’m playing,” admitted Jason, when asked how he used his experiences as a father and developed onscreen rapport with Bela. “But there’s no way to get around the fact of what it feels to be a father when you’re a father, and what it’s like to do anything in the world for someone you love. It’s a beautiful thing to be a parent. “In Isabela’s case, there were many things that attracted me to her, whether it’s because of our mutual friends or what she had done in her career—I knew she was a great actor. And we kind of resembled each other (laughs)—and the connection was effortless. She looks exactly the way she would if Adria and I really had a kid.

“Some kids look very much like to their parents, while others look like they’re from another planet (laughs)—but when I met Isabella, building that father-daughter relationship seemed easy. It felt like she was my own daughter. So, when I’m holding Isabela, that’s definitely the way that I would hold my own daughter.

“My kids and I are very close, but it’s different with daughters than with sons because, with the latter, the relationship at play is more masculine. With my girl, it’s just way more nurturing. I don’t think most people have seen this softer side of me in any of the characters I have played so far—that’s why it’s been nice for me to do this movie.” 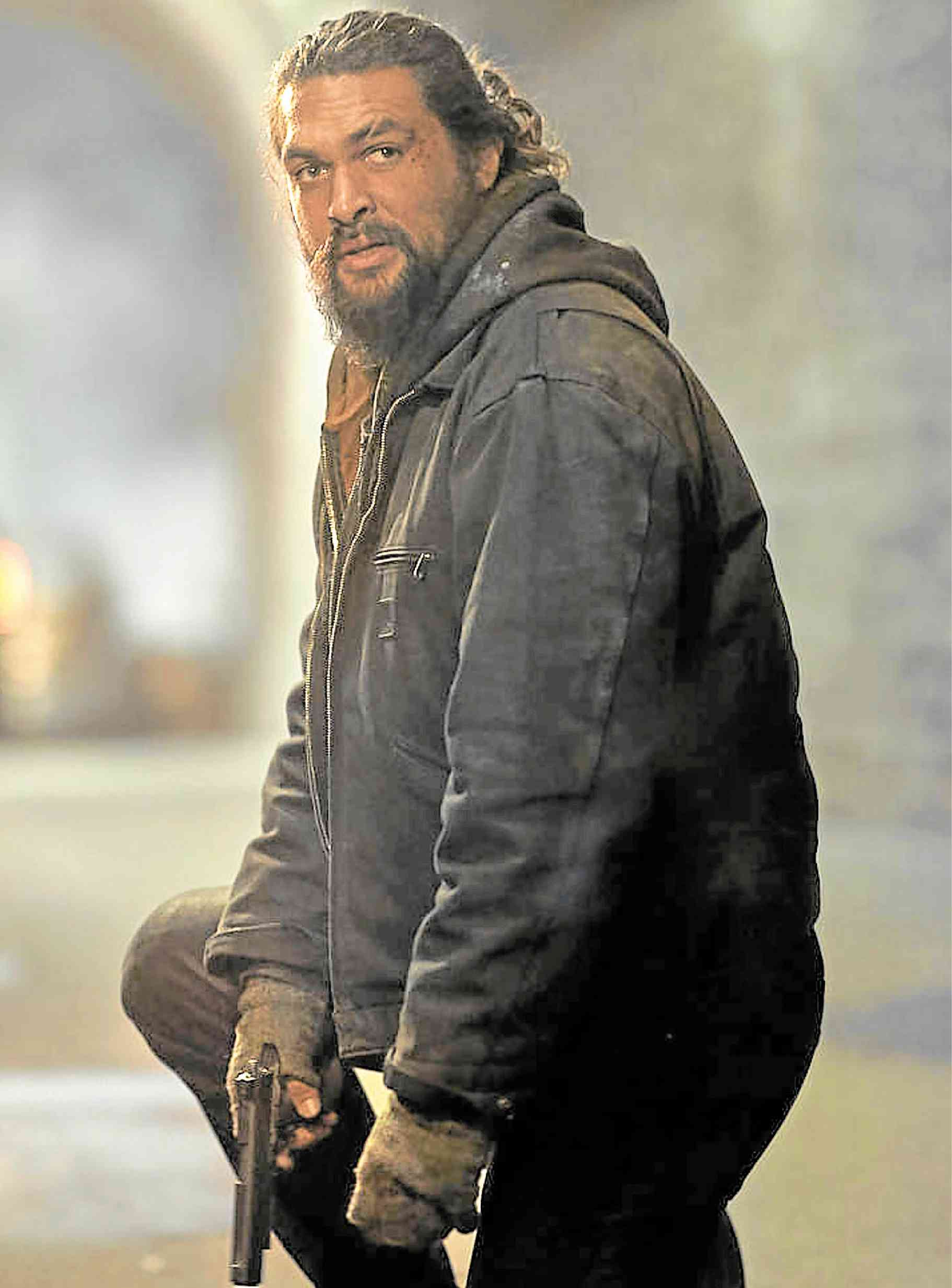 Our Q&A with Jason:

The success of your popular projects banks on your potent chemistry with your costars—like the one you mine effortlessly with Isabela in “Sweet Girl,” with Emilia Clarke in “Game of Thrones,” and with the other superheroes in “Justice League.” In your case, how did you create your chemistry with them? Or did that “magic” happen solely during the casting process?

No, I just got really lucky. In my 23-year career, I’ve only had one person I didn’t like … only one—and it shows in the performance! So, I feel lucky in this regard. And depending on the characters you’re playing, I prefer to spend time with other people on set to make sure that we’re safe and comfortable with each other. That’s how I want to perform—to have a safety net and not feel like I’m judging or feel like I’m being judged, because that’s when I don’t feel safe, whether with the director or cast members.

With the people I work for, I’d rather walk into a “home,” because that’s what it was like for me growing up in Iowa. I knew that they knew my family and genuinely cared about me. So, I feel like that’s also what I want to do—for the business and for the people I employ. [You get things done when] you work very much as a family, and you’re all concerned about each other.

You really lose your sh*t in this movie. We’ve never seen this aspect of your work, or expose this side of you. As an actor, how did it feel for you to “go there”?

You’re talking about the [hospital] scene with Adria, right? Yeah, it was definitely very emotional—even talking about it is tough for me. When we were doing that scene, I told Brian (Andrew Mendoza, the director) I couldn’t just do it right there [inside the room]. [If this were me,] I would run away from this and get away, even though my daughter’s there.

I remember my father. He told me he’d never cry around me. He would be really stoic, then he would paddle out in the middle of the ocean. He would just yell, scream out in the water—and I felt like I had to do something like that. I had to get away from everyone and go down this one area and just take a hit through all that pain. Brian was pretty accepting of that.

Yeah it’s tough, emotionally—and that’s the reason why I wanted to play this role. You don’t get opportunities like this in a lot of action films. It’s a heartfelt family story, tackling a lot of intense topics and with a great twist. Hopefully, people really get to see another side of me!

You’re also coproducing this. What drew you to “Sweet Girl”? What do you look for in a script?

There are a lot of things in this movie that we just haven’t done before, and I liked the idea of being in a contemporary film that follows this normal everyday man. Having the issue involving the pharmaceuticals and government politics—and how that affects smaller people who thereafter want to take matters into their own hands in their search for justice—was what appealed to me.

As far as producing is concerned, this is my first big movie. We [at Pride of Gypsies, the production company he founded with his partners in 2010] produce a lot of commercials. The one that I directed for it (“Road to Paloma”) is very small, So, doing this film is very personal for me—and a huge undertaking.

With action and drama all rolled into one in “Sweet Girl,” it’s like a two-in-one treat for your fans in Manila and around the world. How did you prepare for these two disparate aspects of the film?

Well, for the action part of it, I always say it’s easy to do because I’ve been doing it my whole life. I never really get to do these harder acting scenes, but I’m getting older (laughs), so we’ve got to cram them into these action movies. But I do enjoy the action—and I have a phenomenal stunt team, so I feel very taken care of in that situation.

Then, where the dramatic scenes are concerned, I really was harder on myself because I wanted to make sure that I would disappear into that role. I have my own silly, weird process (laughs). To some, it may look like nothing, but there’s something in there (laughs).

I’m always scared of acting. I’d rather direct and produce—I prefer to do those because acting is always very, very, very challenging!