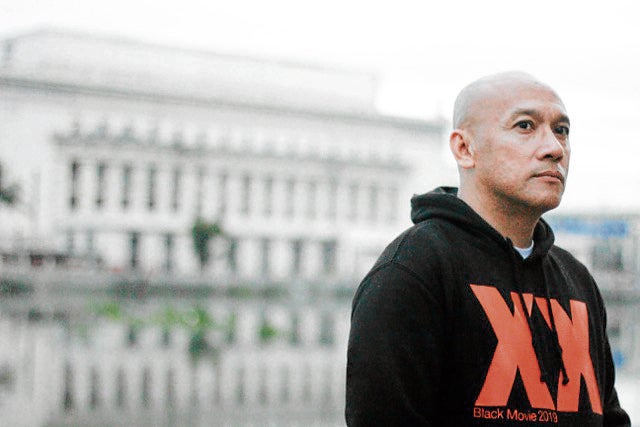 “Sometimes, even the most intelligent people can become victims of this kind of relationship,” declared indie director Joselito “Jay” Altarejos, whose film about domestic abuse, titled “Love and Hate in Between Refrains,” is in exhibition in this year’s Cinemalaya Philippine Independent Film Festival.

Altarejos has admitted to having experienced being in an abusive relationship twice in the past. “This happens when your mind becomes too clouded that you no longer listen to reason. It’s hard to explain because, in other aspects of your life, you are the most rational,” he told Inquirer Entertainment in a one-on-one virtual chat.

“I chose not to retaliate, not to hurt him back because I felt that I did him wrong. They say that the initial reaction of those with strong personalities is to fight back. But your personality changes after a while, you adapt. You slowly feel smaller and smaller, and your world becomes more constricting. You slowly lose your self-esteem and feel that no one will help and save you because you’re too damaged.”

Altarejos said there were many times in the abusive relationship when he tried to leave, only to return after a while. “We tried to fix things, even while we were together, but we still broke up in the end. Back then, my stand was that if we eventually split up, we will do it for the right reasons. So we did everything—therapy, prescription meds. It took so much willpower from both of us. Still, just like what my friend (award-winning writer) Ricky Lee once told me, ‘Maghihilom ang sugat, pero ang bubog sa puso mo, hindi na mawawala.’”

The film, however, does not discuss these things in detail, said Altarejos. “It attempts to show them by presenting different situations in a relationship. This film is a warning, a cautionary tale. It tells you that if you don’t get out of this kind of relationship, something terrible will happen to you,” he declared. “However, it does not just show the psychology of the abused, but also the abuser. They are two individuals with different backgrounds, from two different families.”

As to why he chose to make a film on this particular topic, Altarejos said: “[It’s] because the number of cases is rising. This is why we read in the news that a husband kills his entire family, which everyone thought to be so perfect. From the outside, we see a beautiful couple in a loving family, but we don’t know what actually happens inside their home. They don’t always make the abuse public because the initial reaction of people around them is to make them leave the relationship.”

Altarejos said that as the director, he gave lead actors Elora Españo and Oliver Aquino a free hand. He also didn’t try to make his two lead actors work on having onscreen chemistry.

“It worked that they sort of looked awkward together, that they look like they don’t fit perfectly. Their characters were high school sweethearts who only saw each other after 10 years. They are two different individuals now who only cling to that memory of their old romance. You will see them looking so sweet but still notice that there’s something off,” he said.

A decade later, Noel (Oliver) and Adelle (Elora), meet again. Noel is now a musician while Adelle is an art teacher. As they start living together, Noel shows signs of immaturity and emotional instability, betraying his abusive family background. In one instance, Noel erupts into a fit of jealousy after Adelle brought home her coteachers for dinner. He hits Adelle for the first time. Adelle fights back, but the couple reconciles with Noel promising never to hurt Adelle again. However, the violence has just started. Adelle tries to leave but Noel persuades her to go back home. Adelle agrees to return because she is pregnant. Noel then proposes marriage to her, but the beautiful night turns traumatic when Noel forces himself on Adelle. Months into Adelle’s pregnancy, a series of events triggered Noel to spiral into more violence.

While “Love and Pain in Between Refrains” was shot prepandemic, Altarejos believes that there’s no perfect time to release it than today. “The film is very contained, much like how domestic abuse makes an individual feel constricted. The scenes intentionally look claustrophobic, but well-framed. It makes you feel like you’re being controlled, like you’re not allowed to go out. Somehow, while all of us are quarantined, we feel the same thing,” he said.

“Come to think of it, it also feels like our country is in an abusive relationship with our leaders. They will show us something good and get our hopes up, and then we vote for them during the elections. We still fall into this kind of trap. Also now that elections are fast approaching, we are likewise looking for that person who will save us from our sorry situation. We never learn from history. Sadly, we are still not so mature as a people.

“We should always be at the right side of history no matter what happens. As a filmmaker, I try to use this platform to speak the truth. To quote (Brazilian philosopher) Paulo Freire, ‘Washing one’s hands of the conflict between the powerful and the powerless means to side with the powerful, not to be neutral.’”

The Cinemalaya fest runs from Aug. 6 to Sept. 5. “Love and Hate in Between Refrains,” which also stars Richard Quan, Anelle Durano, Suzette Doctolero, Natileigh Sitoy, Anjo Resureccion, and Jill Urdaneta, streams from Aug. 22 to 28 via ktx.ph.