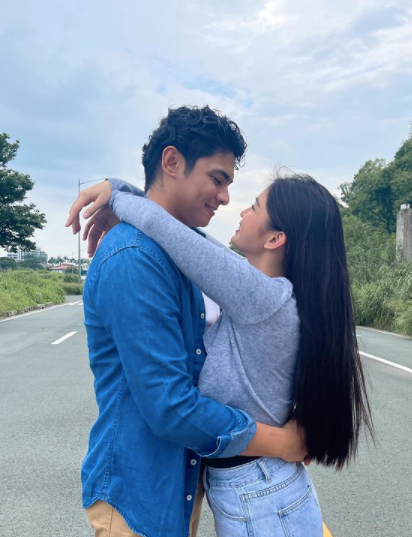 Young actors Heaven Peralejo and Kiko Estrada are now officially a couple, several months after being caught in a controversial breakup.

Peralejo confirmed their romantic relationship through a series of sweet photos of her and Estrada together via Instagram yesterday, Aug. 13.

Peralejo did not say much, only captioning the post with “his.”

The post came with intimate photos of them seemingly taken during a road trip, with some showing them embracing each other and holding hands.

Estrada likewise took to his Instagram account to confirm their relationship, sharing photos of them and simply saying “I love you” in the caption.

“I love you too,” Peralejo answered in the comments section.

The two’s revelation was met with criticism from netizens, however, as they recalled the controversial breakup of Estrada and Devon Seron earlier this year, in which Peralejo was accused of being the third party.

The young actress slammed the accusations in March, stressing that she was “not in any way romantically associated with Kiko” and that she was not “the reason behind their breakup.”

“Associating me with actors I have scene with can be easy. At the end of the day, we’re nothing more than just co-actors working with each other,” she said then.

The two, who co-starred in ABS-CBN’s “Bagong Umaga,”  did not reveal when they became a couple.  /ra