Ces Drilon on her next chapter: This is a time of experimentation | Inquirer Entertainment
Close
menu
search

Ces Drilon on her next chapter: This is a time of experimentation 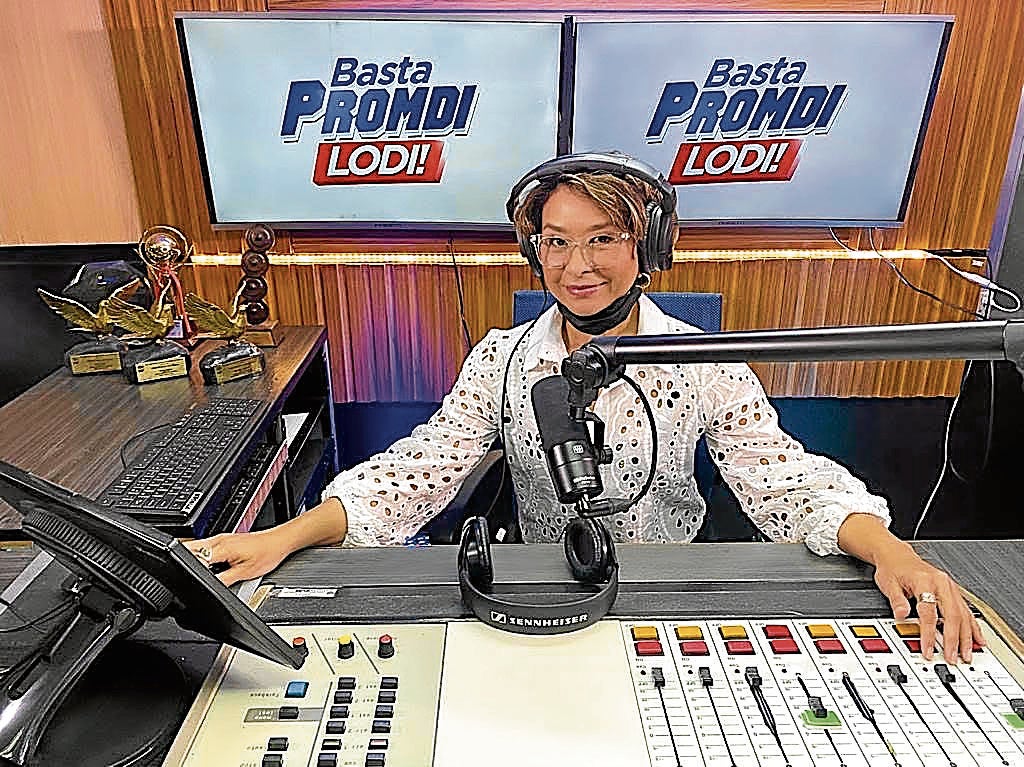 It was an invitation we couldn’t resist: The chance to “catch up” over Zoom with Ces Oreña-Drilon, whose “Bandila” newscast used to wrap up our nights after a long day at rehearsals in the mid-2000s and, later, in the newsroom.

Ces retired as a reporter in 2015 and was one of the original anchors of “Bandila” when it debuted on ABS-CBN in 2006. She left the show at the tail end of 2017 and then the Kapamilya network last year, following its shutdown.

There’s a memorable string of recollections of Ces as a TV host and reporter, but she captured viewers’ imagination when she covered stories like the Manila Pen rebellion in 2007, then found herself the subject of the news when she was held for nine days by the Abu Sayyaf the following year.

They seemed like scenes culled straight from the hard-hitting, take-no-prisoners action dramas of director Michael Mann (“Heat,” “The Insider,” “Collateral”).

In the 2000s, we also worked with Ces when she agreed to take part in New Voice’s special V-Day iterations of “The Vagina Monologues”—a global movement that aims to put a stop to violence against women and girls—although those instances were, for the most part, fleeting.

So, we were only too happy to learn that the seasoned journalist has decided to return to radio, this time by way of the daily program “Basta Promdi, Lodi,” which she cohosts with her refreshingly soft-spoken partner Rep. Alfred delos Santos (of the Ang Probinsyano party list). It airs Mondays through Fridays, 1:30 p.m. to 2:30 p.m. on RMN-dzXL 558, with live streaming on RMN’s official Facebook page. In our case, radio has always had a soft spot in our heart because it was one of our earliest beats when we began writing for iconic Inquirer editor/columnist Nestor U. Torre in the mid-’90s. In those days, we wrote a regular column for Inquirer’s Saturday Special section called AM/FM, which featured one show each from the AM and FM bands every week.

As you can imagine, it took so much of our time—but we understood the lure of the airwaves for people in the grassroots. After all, before the internet and social media began putting a stranglehold on people’s attention, radio was the most “interactive,” accessible and far-reaching platform where the public could air their grievances or appreciation. And, often, the effect was quick and personal.

For a change, the show takes the spotlight away from “overexposed” Metro Manila. Moreover, Ces and Alfred find a sense of fulfillment when they get things done. “It’s satisfying when you’re actually able to solve even small problems,” said Ces when asked what was satisfying and frustrating about her latest endeavor. “Sa news kasi, you don’t really hear people’s frustrations.

“Like yesterday, it was just about the branches of a neighbor’s tree encroaching onto someone’s residence and affecting the power line—even the barangay couldn’t solve the problem. But we managed to get the electric power supplier and the local government to assist us. It was heartening and so much fun!

“Basic needs are the main issue in the provinces—water, power and other things we take for granted. For instance, somewhere in Naic, Cavite, they only have water supply from 10 p.m. to 6 a.m.—can you imagine that? So, it’s good to hear the problems from the affected people themselves.”

More than that, stories of people from the rural areas can be just as inspiring, Alfred explained: “For one, listeners can treat the show as a sumbungan. It’s important to steer the focus away from Metro Manila and tell the inspiring stories of people in the provinces—like [weightlifting gold medalist] Hidilyn Diaz, who comes from a far-flung area in Zamboanga. We never would have heard about her struggles if she didn’t win in the Olympics! There are more stories like hers out there.”

What were the most urgent concerns of people from the provinces during the pandemic?

“They were about the basic necessities, like food—because so many people didn’t have jobs and weren’t earning enough during the lockdowns,” Alfred said. “Aside from food, they also need medical supplies, face masks, alcohol … The most pressing concerns were water supply, electricity and internet connection.”

We asked Ces what it was like adjusting the mind-set, from reporting the news without editorializing to now sharing her personal views on certain issues. “There wasn’t any adjustment at all, because it’s been a year since I left ABS-CBN,” she shared. “But I feel so much freer because when you’re connected with ABS-CBN, you really have to watch what you say. The reason I left radio before, aside from the fact that I was practically living in ABS-CBN because my radio show was on Sundays, was because it was uncomfortable to me as a reporter to also be a commentator. “I didn’t feel very comfortable because some of those issues I covered, eh. If you were to put your position out there, it’s difficult to report and look at an issue objectively after you’ve said your piece about it.

“But Kumu helped me [get back into the groove] because hindi na ako sanay sa ganyan ka-free-wheeling na medium, where you just say anything … and shouldn’t be any dead air. Kumu was great practice for ‘Basta Promdi, Lodi.’”

What does Ces miss about TV?

“Nothing (laughs),” she quipped, even as we told her how much we miss seeing her on the boob tube. “Oh, yeah? But there’s streaming, there’s YouTube, there’s Facebook! [TV] sounds so ancient already (laughs)!”And the connection the duo forges with their followers is instant. “Our listeners tell us about their stories directly,” Alfred said. “And they comment about the issues … that’s how effective the show is.”

Ces interjected, “Can you imagine, the whole Dumaguete was listening to us one Friday? We had the mayor as guest, because the issue of reclamation there is very hot right now…! We did two episodes of that. And that’s something we want to do more of because these issues, like the power problem in Bicol, are complex. We listen to every side.”

Ces sees her time away from ABS-CBN and the ensuing lockdown as cherished opportunities to explore other facets of herself that she couldn’t focus on because of her busy schedule. “Before this, I never had time for farming, crafting, making things!

“I get so much fulfillment at creating, so I make soap … I’m a natural perfumer now. I make smudge sticks. I have a new brand which, incidentally, is called … Probinsyana. Everything just fell into place! The offer to host with ‘Cong Apid’ was really in line with what I was doing and pursuing. I’m still based in Manila but, someday, I’d like to live in a farm.”

Is Ces open to going back to TV work? “Kung mabubuksan [ulit] ang ABS-CBN…,” she said.

Only for ABS-CBN, we asked? “Hindi naman,” she replied. “But here’s something surprising, I recently did a cameo for the TV series ‘Init sa Magdamag,’ where I played myself. I interviewed the character of JM de Guzman.

“And now I have an offer to do something exciting and different. I don’t want to announce it yet, but it’s something outside my comfort zone—and I welcome it. Sabi ko, ‘This is a time of experimentation!’ Yes, it’s an acting thing.”

Speaking of acting, we also asked Ces what she remembers about being part of the bevy of female celebrities who performed in “The Vagina Monologues” for Monique Wilson and New Voice.

“I did it twice and they were years apart,” she recalled. “Mine was very straightforward—it was the news part, so I didn’t have to act. I remembered thoroughly enjoying Aiza Seguerra’s version of ‘Ang Aking Munting Kalachuchi’ monologue (the Filipino adaptation of ‘The Little Coochi Snorcher That Could,’ which we translated). Ang galing ni Aiza! For me, she stole the show and brought the house down.”

What does Ces wish to see beyond the 2022 elections?

“Currently, I’m president of the TOWNS (The Outstanding Women in Nation’s Service) Foundation—I guess because wala akong trabaho ngayon (laughs). Right now, we’re engaging in a campaign to get the youth to register and vote.

“The youth is really the game-changer here. Then, after the Sept. 30 deadline, we have a second phase where we hope to educate them further. This time, it’s more on—what’s the job description of all these elective officials? Because the Constitution doesn’t say much.

“We want to institutionalize this, for the youth to see this as a rite of passage. You can’t campaign about these things only when election time comes along. When you turn 18, you should see this as part of charting the course of the nation.”