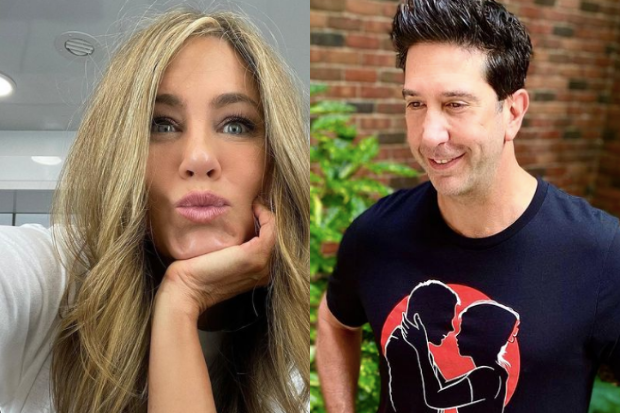 David Schwimmer has broken the hearts of many fans after denying speculations that he was dating his former co-star, actress Jennifer Aniston.

Fans of the TV couple Ross Geller and Rachel Green from the hit sitcom “Friends” will not be seeing a real-life version of the pair anytime soon, as a representative for Schwimmer spoke up to clarify the actors’ relationship.

Schwimmer’s representative said that there was “no truth” to the claims that Schwimmer and Aniston are dating, as per The Sun yesterday, Aug. 11. The representative has not provided further comment on the matter as of this writing.

This comes after an insider claimed that Aniston and Schwimmer were spotted “spending time” together after taping for the TV special “Friends: The Reunion,” according to Closer last Tuesday, Aug. 10.

The source also told the tabloid magazine that Schwimmer flew to his home in New York to see Aniston in Los Angeles, California.

“They’ve been spending time at Jen’s home, where she’s cooked dinners in the evenings, and have enjoyed quality time together, chatting and laughing,” the insider was quoted as saying.

Aniston and Schwimmer sent fans into a frenzy after revealing they were “crushing hard on each other” early into the run of “Friends.” At the time, Schwimmer said they never crossed the boundary beyond friendship because they were both in relationships with other people.