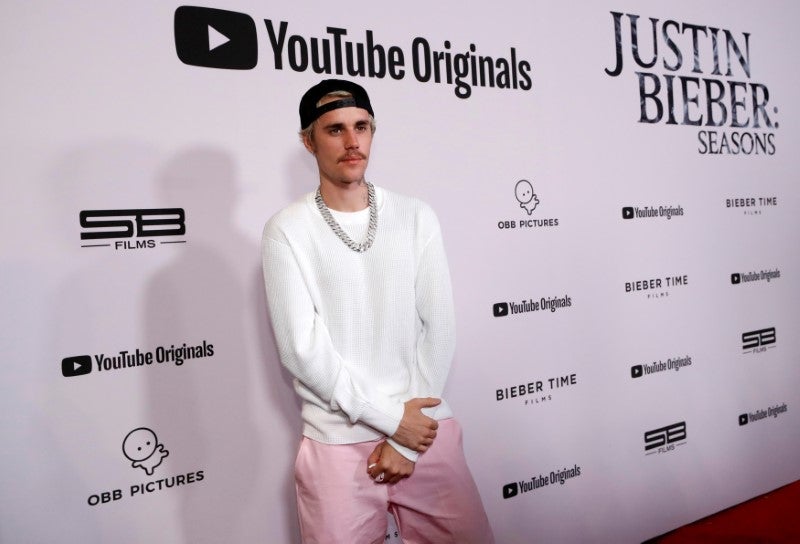 LOS ANGELES  – Pop star Justin Bieber and rapper Megan Thee Stallion scored the most nominations for this year’s MTV Video Music Awards, organizers said on Wednesday ahead of next month’s ceremony that will welcome back fans as part of a live audience.

Canadian singer Bieber received seven nods, including artist of the year, best pop song for “Peaches,” and video of the year for “Popstar,” his collaboration with DJ Khaled and Drake.

He will compete for artist of the year with Megan Thee Stallion, who landed six nominations including one for “WAP,” the racy video with rapper Cardi B.

Video of the year nominees include Doja Cat’s “Kiss Me More,” Ed Sheeran’s “Bad Habits,” Lil Nas X’s “Montero (Call Me By Your Name)” and The Weeknd’s “Save Your Tears.”

Last year, the VMAs were filmed without a live audience and with most of the performances recorded in advance because of health guidelines due to the COVID-19 pandemic.

This year’s ceremony will take place Sept. 12 at the Barclays Center in New York. Winners are chosen by fans who vote online.

Read Next
Alamat’s ‘Kasmala’ music video: A tribute to Filipinos, who suffered and endured hate in a foreign land
EDITORS' PICK
Municipal court in Pangasinan sets arraignment for ‘Lolo Narding’
Gov’t eyeing COVID-19 tests in pharmacies
Acer starts the year off strong with the Aspire Vero National Geographic Edition
Gear up and get ready to play with Yamaha Mio Gear
31,173 new COVID-19 cases push PH’s active tally to 275,364
Mobile COVID-19 vaccination for commuters, transport workers set at PITX
MOST READ
Imelda Marcos trends on Twitter after octogenarian jailed for allegedly stealing mangoes
Octogenarian jailed for ‘stealing mangoes’ freed after people chip in for bail
If elected VP, Sara Duterte will push for mandatory military service for all Filipinos
Help pours in for octogenarian jailed for ‘stealing’ mangoes in Pangasinan
Don't miss out on the latest news and information.