Alamat’s ‘Kasmala’ music video: A tribute to Filipinos, who suffered and endured hate in a foreign land 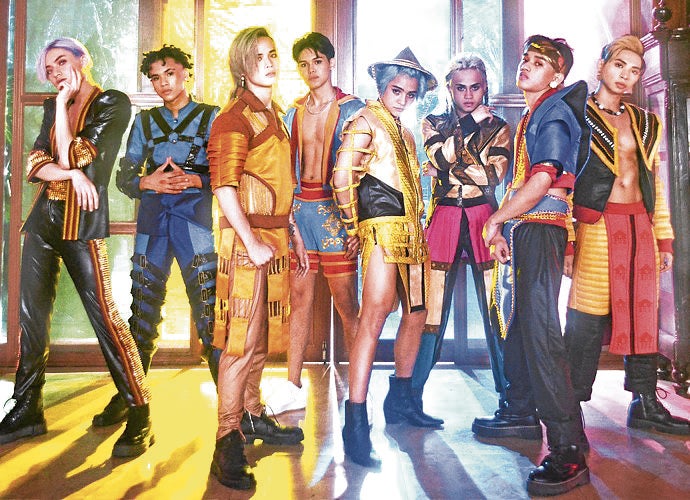 In Alamat’s new single, “Kasmala,” the pop boy group shines a light on the Filipino people’s “indomitable spirit” in the face of adversity and how we persevered against hate and discrimation.

“We want to pay tribute to the strength, the endurance of Filipinos in overcoming these hardships…we want to emphasize that they’re ‘kasmala’—malakas,” Ilocano-speaking member Taneo, who hails from Kalinga province, said in a Zoom press conference.

Written by Thyro Alfaro and produced by the Swedish music team The Kennel, “Kasmala” was accompanied by a music video, which addresses colonialism, racism and dehumanization through a reimagination of the 1904 St. Louis World Fair, where 800 to 1,000 Filipinos from different ethnic groups were displayed like animals in a zoo.

“The ‘Stop Asian Hate’ movement has become more prominent as of late. And we want to tackle that, too, because that’s part of our advocacy as a band,” Taneo added. “I think that hate comes from not understanding each other. But if we can have that, then perhaps we can learn to be more accepting.”

Prior to the single’s release last month, the group also put out photosets depicting the said subjects: “Muhi” had the boys donning headpieces (created by contemporary artist Leeroy New), featuring slurs and slogans used against Filipinos throughout history. The “Migrante” photo shoot, meanwhile, depicts the members as first generation immigrants in the United States, where they experienced discrimination.

“Instead of just interpreting the flirtatious lyrics of the song for the music video, we wanted to elevate the material by educating people about this dark chapter in the lives of Filipinos,” filmmaker and Alamat creative director Jason Paul Laxamana explained in a statement.

“It’s our way of paying tribute to the Filipinos, who suffered and endured hate in a foreign land,” he added. “Instead of looking at them as victims, we want to look up to them as brave, strong men whose stories need to be shared with the next generation.”

Like Alamat’s debut single, “Kbye,” “Kasmala” is written in seven Filipino languages: Tagalog, Ilocano, Waray-Waray, Bicolano, Kapampangan, Hiligaynon and Bisaya. “We sing in different languages as much as we can, because we want to show the whole world that it’s cool to hear Filipino languages,” Valfer said.

“The challenge for us is fusing modern and traditional music and culture in a good way. It doesn’t have to be perfect, we just want the listeners to think, ‘Oh, pwede pala ‘to,’” he added. “While there are some foreign influences, the focus is always on our own culture.”

But unlike “Kbye,” “Kasmala—as its title suggests—is more aggressive soundwise. “It’s very upbeat and intense. Malakas ang dating,” Valfer said. “The reactions have been overwhelming. We thought that singing in various languages was quite risky. But many people liked our music. It’s heartening.”

Last March, Alamat debuted in the No. 2 spot of Billboard’s Next Big Thing chart—an impressive feat for an act that has been in the business for only six months. Alamat is just getting started. “There’s pressure in what we do, but we aim to go higher in the future and do better in showcasing our music,” Valfer said.