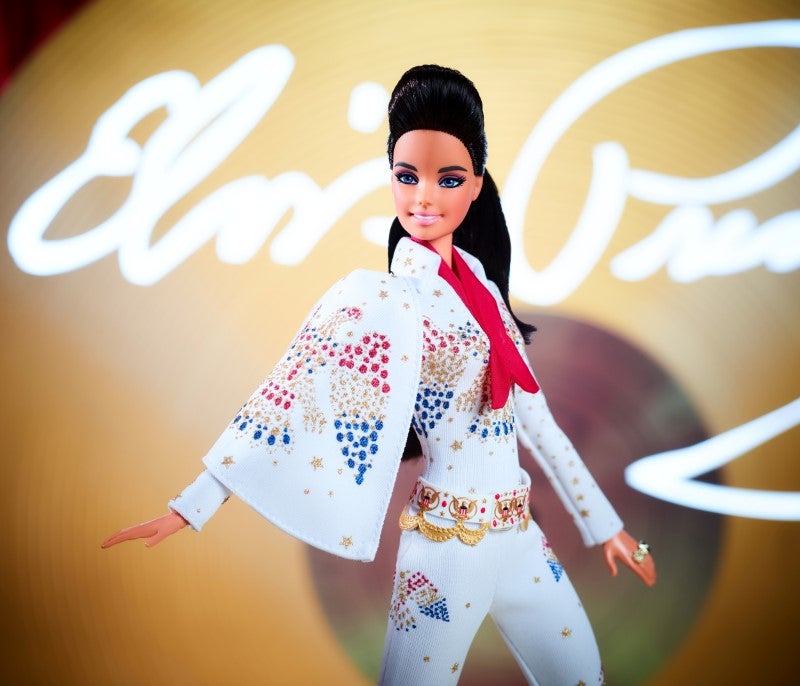 A special edition Elvis Barbie doll is seen in this picture obtained by Reuters on August 10, 2021. Mattel/Handout via REUTERS

The female doll made by Mattel Inc is dressed in Presley’s “American Eagle” jumpsuit, which features colorful rhinestones, a cape and a red scarf. Presley wore the jumpsuit during numerous concert appearances.

Elvis’ first RCA single, “Heartbreak Hotel,” was released in 1956 and became the first Elvis single to sell over 1 million copies, followed by his first album, “Elvis Presley,” which went to No. 1 on Billboard’s pop album chart.

In 1973 Elvis made television and entertainment history with his “Elvis: Aloha from Hawaii via Satellite.” It was the first, worldwide live satellite broadcast of a concert and seen in about 40 countries by 1 billion to 1.5 billion people.

Presley died Aug. 16, 1977 at his Graceland home in Memphis, Tennessee.