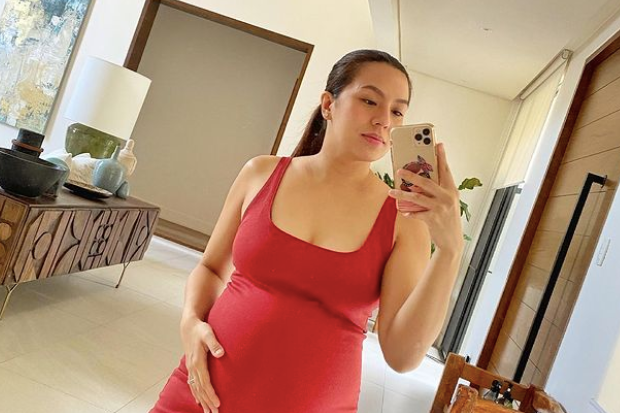 Nikki Gil has finally revealed that her second child with her non-showbiz husband, BJ Albert, is a baby girl.

The actress-singer made the announcement by showing a photo of herself with her eldest child Finn who is hugging her baby bump, as shown on her Instagram page yesterday, Aug. 10.

“Enjoying my time with this boy before he becomes Manong Finn to his baby sister,” Gil said, finally confirming that she is having a baby girl.

Gil’s announcement on her new baby’s gender was similar to how she also involved her son when she announced her pregnancy back in April.

The soon-to-be mother of two first told fans that she was expecting by asking Finn if he was ready to become a big brother, accompanied by photos of her son cradling her baby bump.

Gil and Albert tied the knot in a traditional Christian wedding in November 2015. The pair welcomed their first child, Finn, two years later, in November 2017.  /ra