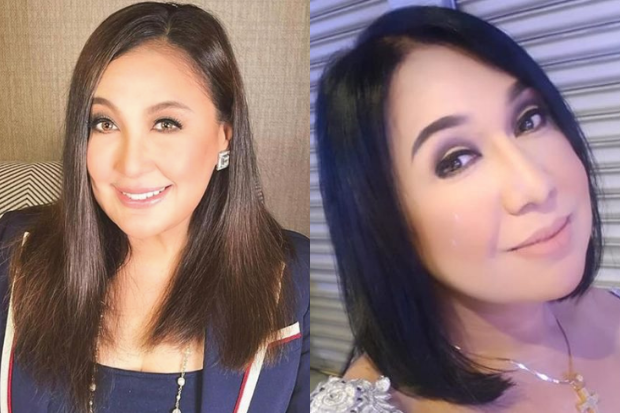 The comedian, whose real name is Marvin Martinez, died last July 26 at the Chinese General Hospital. She was 45 years old.

The Megastar admitted that she had been ignoring her Philippine phones when she flew to Los Angeles, California, last May. She noted that she was on “escape mode” during the past few months, so she was unaware of Ate Shawee’s situation. Given this, Cuneta was shocked to find out about the comedian’s death when she returned to Manila yesterday.

“[It] was a shock to me to find out that my official and favorite impersonator, Marvin, our Ate Shawee, had been sick and passed away. I sincerely, deeply am affected by his passing,” the actress said as she showed photos of her impersonator on her Instagram page yesterday, Aug. 3.

“Mahal na mahal ko si Marvin at wala akong kamalay-malay kahit nung may sakit siya,” Cuneta added. (I loved Marvin very much and I had no idea that he was sick.)

The actress then expressed admiration for the comedian and recalled that she worried for Ate Shawee during the “lean years” of her career.

“I appreciated and adored Marvin and in those lean years of my career when I was too fat to work, [I] seriously even worried about what Marvin would be able to do impersonating me and getting any jobs at all. Now he is gone,” she told fans.

Cuneta also thanked Ate Shawee for showing her love, making her happy and giving a “respectful portrayal” of her.

“Mamimiss kita talaga (I will really miss you). May God bless and embrace your loved ones through this most difficult time,” she addressed the comedian.

Cuneta is currently in quarantine after staying in the United States for a few months. She flew out of the country to “breathe and collect” herself, as an erroneous COVID-19 test also cost her a missed opportunity to star in a project produced by Steven Spielberg. She described her stay abroad as a “big deal” since she was able to live life normally as a regular person.  /ra