Chucky will be back | Inquirer Entertainment
Close
menu
search

Chucky will be back 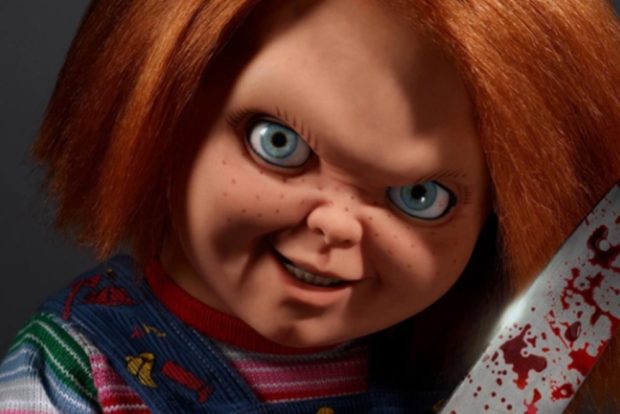 Decades before a demonically possessed Raggedy Ann doll called Annabelle from The Conjuring Universe would scare a whole new generation of moviegoers, there was the fictional “Good Guy” doll called Chucky from the Child’s Play movies.

The Child’s Play movies beginning from the late 1980s were laying the groundwork for what will be a common tradition in the horror genre of having inanimate objects being possessed by evil spirits, and in the case of Chucky, a soul-transferred psychopath.

Chucky belongs to the very short list of best-known modern horror icons alongside the likes of Freddy Krueger, Jason Voorhees, and Michael Myers. Yes, that red-headed and blue-eyed doll is that iconic. Chucky has always been on that very exclusive list in the annals of horror, since the beginning, because to put it simply, he was unique and there was no one else like him when he first came out in the theaters.

In fact, Chucky from the Child’s Play movies was my very first exposure to the world of horror when I was in my pre-teens. Literally, I was just a kid when my curiosity about the contents of the VHS tape of “Child’s Play 2” got the best of me, and since then, I would never look at movies the same way ever again. Why? To put this as eloquently as possible, “Child’s Play 2” scared the living daylights out of me as a child.

It would be years again before I would watch anything horror from beginning to end but when I did watch again a horror movie it, was a Child’s Play sequel. I wanted to know what happened to everyone’s favorite murderous doll.

One of the interesting things about Chucky is that, over time, the movie horror icon has become almost a “cartoon version” of itself in the succeeding movies that came out after “Child’s Play 3.” After the third sequel, the horror movie franchise went into a more humorous, silly, and goofy route with sequels of Chucky having a baby; finding a female version of himself; and so on. Those things were going to happen when you want the movies to get a PG-13 rating, instead of an R-18 rating.

As a result of those head-scratching scenarios, the in-your-face frights that you would normally expect from a Child’s Play movie were significantly lessened in order to appeal to a much wider demographic who are not too favorable of pure cinematic horror and neither has the stomach for it. The strategy did work for the major film studio but unfortunately, in the process, it damaged Chucky’s image for horror movie aficionados.

Yes, those brands of Child’s Play movies were more mainstream, acceptable, and palatable to a broader audience. However, they effectively dumbed down the horror icon, too.

That was one of the reasons why the connection to the fans of the original Chucky was getting lost after the first three movies and it became a literal freak fest of sorts for the horror icon in its attempts to remain fresh as the latest Child’s Play movies went in all directions, creatively and storyline-wise, to appease everyone. It backfired!

Somehow, the balance, the uniqueness, and the image of Chucky after the first three Child’s Play movies were getting lost in the passage of time and only remained true to the most die-hard of fans.

This is a normal occurrence for any decades-long franchise in movies, and more so, in its desire to appeal to the tastes of moviegoers who are getting younger, complex and opinionated. In a way, trying to maintain the popularity of Chucky resulted in the fictional horror onscreen character itself being reinvented one too many times. Chucky ended up being almost a totally new version of itself from the original doll by this time.

All of these aforementioned reasons strengthened the feeling that there was clearly something amiss in the latest Child’s Play movies and in the horror icon Chucky.

Fast forward years later. Chucky from the Child’s Play franchise will now have a soon-to-be-aired television series called “Chucky” which will be shown on two channels (SYFY and USA Network) beginning on Oct. 12, and from what I have seen, we will see the classic appearance of Chucky once again, and finally, he will no longer be the stitched-up, Frankenstein-looking and scarred version of himself.

From what I have seen on the official trailer, I can say that based on the overall appearance which is highly reminiscent of his form on “Child’s Play 2,” this will be closest to the original “good guy” doll appearance of Chucky.

The good news is that the creator of Chucky, Don Mancini, will return as the producer and writer of the upcoming television series. Don Mancini is the one man who has served as the backbone of all the Child’s Play movies. Plus, the outstanding voice work of Brad Dourif who has voiced Chucky since the very first movie and every succeeding sequel will return once more to voice the horror icon, this time on his own primetime television series. That iconic maniacal laugh! Who can ever forget that laugh of Chucky once heard?

I believe that the television adaptation of “Child’s Play” called “Chucky” will, indeed, be the one to bring back the classic Chucky without the excesses, silliness and unnecessary revisions done previously to the horror movie icon.

The only question that remains is this: will ‘Chucky’ be as scary good as the first three Child’s Play movies? I certainly do hope so.

In the meantime, come the month of Halloween, the knife-wielding Chucky will be back… this time, slashing, hacking and laughing his way through your television screen.