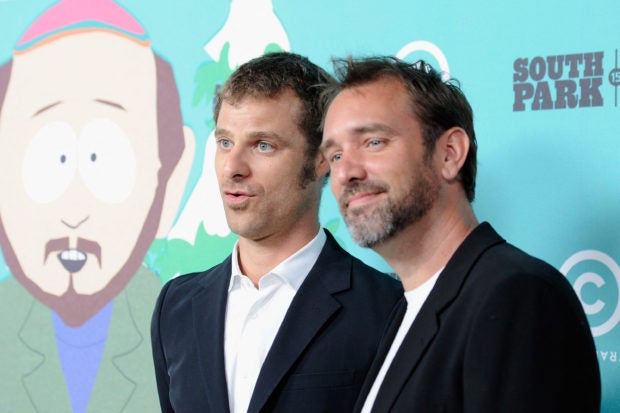 Trey Parker and Matt Stone, creators of the hit animated American sitcom “South Park,” are eyeing to buy the now-bankrupt restaurant that they featured on their show.

The duo is currently trying to acquire Casa Bonita, an eatery in Colorado, after its parent company, Summit Family Restaurants, filed for Chapter 11 bankruptcy in Arizona on April 6, as per The Hollywood Reporter yesterday, July 28.

“We want to buy Casa Bonita and treat it right. I feel like it was neglected even before the pandemic,” Parker was quoted as saying.

“We are absolutely trying to buy it,” he added. “We are going to do everything we can. We want to make it right and make it amazing.”

The Mexican restaurant has been featured and mentioned several times on the said show, according to the report. It was also the focus of one episode in season 7, aptly titled “Casa Bonita,” back in 2003.

Casa Bonita, which opened in 1974, is an enormous establishment that features several attractions such as an arcade, a  cave and waterfall with cliff divers, among others.

“We started talking about the changes we’re going to make — mostly with the food,” Parker was quoted as saying.

“We’re going to make really awesome food. I was already thinking about how I was going to make Black Bart’s Cave a little bigger,” he added.

The said restaurant is also a beloved childhood location for both Parker and Stone, according to the report.

“It’s just sitting there. It sucks,” Parker was quoted as saying. “For a moment when it was like, ‘Casa Bonita is going to close down,’ we said, ‘We’re going to go buy it.’ And I felt like it was the crowning achievement of my life.”

Before Casa Bonita even went bankrupt, Parker and Stone admitted that they had already considered buying it in an interview with The Hollywood Reporter in 2016.

He said then that four years prior, when the restaurant went up for sale, they “had 10 minutes of like, ‘We should buy it,’ because they do have a few things up there now where they’re like, this is the ‘South Park’ Casa Bonita. There are people who go to Casa Bonita because of ‘South Park.’” Ian Biong /ra

Lucasfilm hires YouTuber who created own take on ‘The Mandalorian’ deepfake

Read Next
‘Better Call Saul’ star Bob Odenkirk hospitalized after ‘heart-related incident’
EDITORS' PICK
Over 3 Million worth of prizes to be won at Smart Padala’s SENDali Manalo Promo!
Acer starts the year off strong with the Aspire Vero National Geographic Edition
Uproar over no vax, no ride policy: Maybe it’s time for gov’t to say sorry—Bello
97% of COVID-19 beds at PGH currently occupied
Japan brings back virus restrictions over Omicron surge
Gear up and get ready to play with Yamaha Mio Gear
MOST READ
1Sambayan names 7 aspirants in its 2022 Senate lineup
Emma Stone calls Andrew Garfield a ‘jerk’ after he ‘lied’ about his ‘Spider-Man: No Way Home’ appearance
Guevarra to Acosta: Obey rules on unvaccinated
PH to import 60,000 tons of fish to cover shortage
Don't miss out on the latest news and information.